Aurora Expeditions continued its efforts to reach out to North American travel advisors with the appointment of Lisa Bertini as national sales manager USA, a new position. The Australian-owned company is broadening its geographic distribution as it added a new expedition ship last year and plans to add another one in 2021.

Bertini will be responsible for driving and developing agent distribution in the U.S. and will be based in Seattle. She joins a dedicated U.S. team that includes George Johns, business development manager. She has over 25 years of experience in the industry with previous service at Virtuoso, Zegrahm Expeditions and Society Expeditions Cruises.

Aurora has made other moves in recent months intended to help North American agents sell its products. That includes the recent release of a 360-degree virtual tour of the Greg Mortimer, the ship that entered the market late last year. This will be an excellent tool, according to Edith Beaudoin, director of sales – the Americas, for agents to use when familiarizing themselves with the new ship to enable them to accurately explain onboard offerings to clients. The virtual tour is live on the website (auroraexpeditions.com.au) and there is an available code that allows agents to embed the virtual tour on their websites as well. 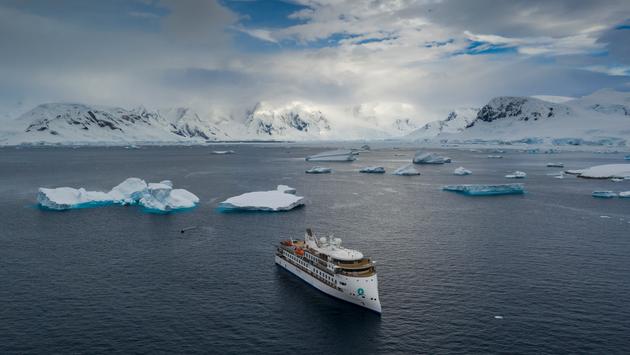 The ship is named after Greg Mortimer who, with his wife Margaret, founded Aurora 28 years ago. Voyages are capped at 120 passengers. While 100 passengers explore on land—following guidelines set by the International Association of Antarctica Tour Operators—20 can explore the water on kayaks or by diving.

The company recently named its second purpose-built expedition ship, to be delivered in October 2021, after acclaimed marine biologist and oceanographer Dr. Sylvia Earle. She was the first woman to become chief scientist of the U.S. National Oceanic and Atmospheric Administration and was named by Time Magazine as its first Hero for the Planet in 1998. The vessel, which carries 126, pays tribute to Earle’s longstanding conservation efforts for marine protected areas and ocean wildlife.

Built to world-class polar standards, the Sylvia Earle will launch in October 2021 in Ushuaia, Argentina. In the spirit of exploration, and as part of its commitment to responsible travel, Aurora Expeditions will continue to name its new ships after explorers “who are passionate about their environmental commitment and who share the company’s vision for the future.”

The operator recently announced the 2021/22 program aboard both the Greg Mortimer and the Sylvia Earle. The new programs include, according to Beaudoin, a diverse portfolio of new itineraries and destinations, including Antarctica and the South Sandwich Islands, Ireland and Costa Rica. She said that while polar voyages remain core to the product, there are new itineraries to destinations like Ireland and Costa Rica to provide experiences in other biodiverse places.

The operator will continue to offer its range of adventure activities on all voyages from sea kayaking to rock climbing and polar diving.

Working in parallel with Greg Mortimer, a mountaineer, Earle will be channeling her marine-conservation ethos into a fully immersive onboard guest experience, not only in the Polar regions but also in other destinations as the ship sails from south to north and vice-versa.

Both vessels feature the Ulstein-X-VBOW, with the Greg Mortimer the first ship in the world to deploy it. This is an inverted bow design that provides stability and comfort on ocean crossings, cutting through the swells, minimizing vibrations and disturbance and making quicker transits through waves. It also cuts fuel consumption.