In a phone call held this afternoon to update the media, Princess Cruises executives detailed the current status of the situation aboard the Grand Princess, which remains in the waters off San Francisco as it awaits orders from the Centers for Disease Control and Prevention (CDC) and other relevant government authorities regarding its next move.

The Grand Princess had skipped the last leg of her present itinerary and headed straight towards San Francisco after receiving notification from the CDC on March 2 that a case of COVID-19 had been confirmed in at least one passenger who’d sailed aboard its prior voyage in Placer County, northern California.

The cruise line acted immediately in cooperation with the CDC to begin testing who were identified “highest-risk” for having contracted the illness. Princess confirmed that the CDC has completed the first phase of health screenings of those 45 passengers and crew, with 21 testing positive for the virus: two guests and nineteen team members.

Dr. Grant Tarling, chief medical officer for Carnival Corporation, says that the cooperative investigation into how the virus came aboard the ship points to an individual who sailed aboard the Grand Princess’ prior voyage, from February 11–21, as the ‘index case’, or first known instance of illness.

“We believe that this case was community-acquired in California and introduced onto the ship,” said Dr. Tarling. “This is something that I think we have to now adapt our screening processes for, which is what we’re currently doing. We’re now looking for any form of fever or illness, from anywhere, on any person coming aboard the ship, as opposed to just the highlighted areas of Asia and Europe.”

Princess Cruises has begun implementing new, stricter screening protocols in select embarkation terminals, which it plans on practicing in all ports once adequate amounts of equipment can be obtained. All guests will be temperature-checked using temporal scanning thermometers and any passengers presenting with fever or flu-like symptoms will be denied boarding, regardless of their recent travel history. Those denied boarding under these circumstances will be issued a full cruise credit or refund.

Enhanced environmental sanitation protocols are also being enforced fleet-wide and hand-sanitizing products are being made abundantly available to guests, as well as advice on best-hygiene practices.

At this point, the 3,533 people currently aboard Grand Princess (2,422 guests and 1,111 crew) are waiting on decisions from the CDC and various government regulatory bodies. All guests have been asked to remain in their state rooms, with food and beverage service having been switched over to room service only, which means that teams are making deliveries to over 1,000 cabins three to four times daily.

Dr. Tarling clarified, “At the moment, [guests] have not being given permission to leave by the U.S. CDC.” He added, “All their medical-care needs are being taken care of either in their state rooms or they’re being moved to the medical center, if necessary, using the adequate precautions.”

Since, in the two months since the virus’ existence was first discovered, Princess Cruises has already contended with a COVID-19 outbreak onboard the Diamond Princess, executives say that they’re applying lessons learned during that situation to the current one onboard Grand Princess. 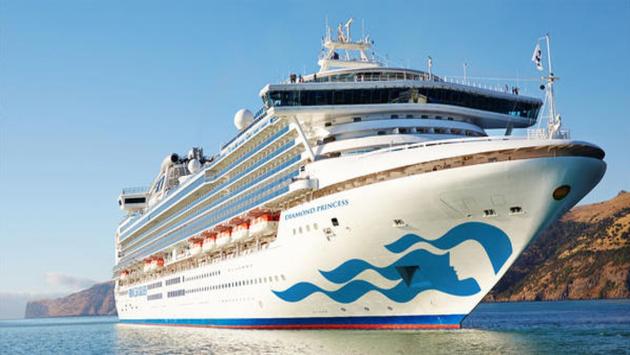 Jan Swartz, group president of Princess Cruises and Carnival Australia, said, “These include immediately implementing safe social distancing, asking for information and delivering prescription request forms, increasing the fresh-air mix into the ventilation system in the state rooms and providing masks to our crew who are delivering food.”

“We at Princess have been focusing on the things that are within our control, which is enhancing [guests’] in-cabin experience through significantly increasing the amount of internet bandwidth to the ship, adding 99 more movies and television shows, among many other ways that we have learned to help support our guests,” Swartz said. All passengers are being provided free internet and phone service so that they can keep in touch with friends and family.

The hope is that the CDC, health authorities and port authorities will be able to find a safe place for Grand Princess to put in very soon so that passengers may disembark either into a quarantine situation at a military base (as has been done before), or for further testing and care before being released to self-quarantine in their homes. Passengers of Grand Princess’ previous Mexico sailing are also being contacted directly by the CDC with further advice and instructions.