Cruise holidays are growing in popularity, with the number of Britons opting for a cruise holiday up to two percent year-on-year. However, while the cruise promises the luxury of a five-star hotel with the adventure of global exploration, there are some downsides too. One of the worst is seasickness, an unfortunate ailment that may of travellers are predisposed to when the choppy tides roll in.

While seasickness if most common for first-time passengers, it can happen to anyone.

According to Marine Insight, seasickness if a form of motion sickness, akin to that some people experience in cars.

Marine Insight explains: “Seasickness is a condition wherein the motion sense of the vestibular system and the motion perceived visually do not concur, causing nausea, fatigue and dizziness etc.

Seasickness is very common in first-time passengers of any ships or boats or even ferries. This problem has roots in the signals to the brain and therefore should be dealt with a great sense of care and interest.”

Meanwhile, cruise expert Kerry Spencer of Cruise Critic explains that mal de mer, as it’s known by seafarers, is caused by “a conflict of senses.”

“In a nutshell, it’s the reaction of your body’s inner ear balance system to the unfamiliar motion of the ship,” she says.

“Some people are unfortunately just more sensitive to the seasickness than others.”

What’s more, there is a growing body of work which suggests that seasickness actually runs in families and is more prevalent in both children and women. Strangely, elderly people are also less susceptible. 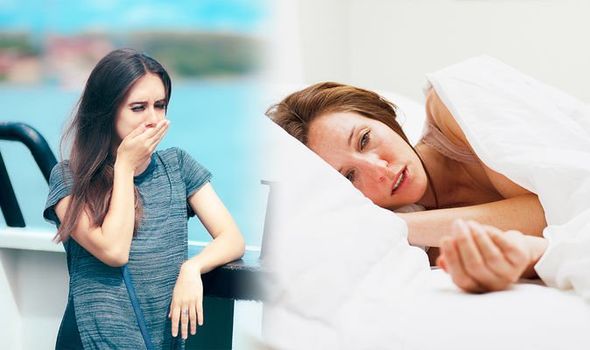 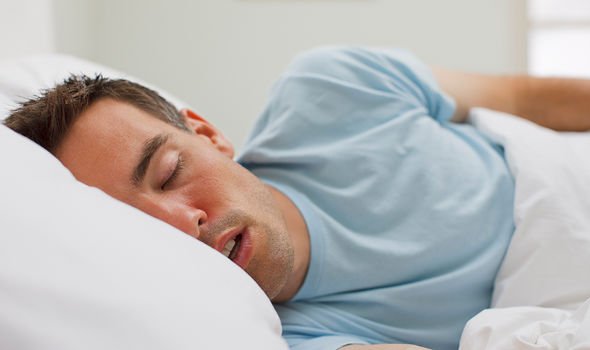 That could leave some passengers feeling like they simply can’t step foot on a cruise, but according to Kerry, that’s not the case.

As an industry insider, Kerry knows a few special tips and tricks that could banish a queasy stomach in an instant.

Surprisingly, it seems some cabins are actually better for remaining stabilised it strong waves than others.

“If you tend to get seasick, cabin location is important. It’s really a question of engineering,” she explains.

“The lower and more central you are in a ship, the less roll and sway you will feel.

“Even if you choose a balconied cabin, choose the lowest level and the most midship one you can find.

“Aim for an outside cabin in the middle of the ship – the natural balance point.

“Having a window will also give you a consistent view of the horizon to help you maintain your equilibrium.”

For the most part, its cabins situated on higher decks, at the very front or very back of the ship that will feel the hit of the waves the most.

“Avoid these if you can,” urges Kerry.

“A balcony cabin or deluxe suite might seem enticing for the fresh air and for fixing on the horizon, but a location on the outer edges of the ship makes it more susceptible to movement, so avoid these if you are prone to seasickness,” she adds.

Meanwhile, the route and time of year you choose to set sail could also cause problems for those prone to nausea.

“Rough waters can be anticipated by itinerary and the time of year you are sailing,” explains Kerry. 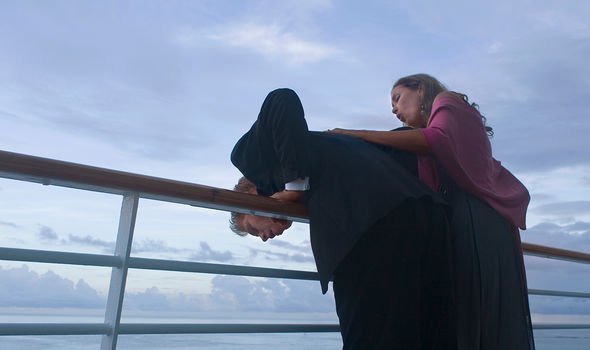 “August through to October is Hurricane Season in the Caribbean and the winter months see choppy seas in the Med and the Bay of Biscay.

“North Atlantic crossings can also be rough as well as the polar regions – especially, Drake Passage – the body of water between South America’s Cape Horn, Chile and the South Shetland Islands of Antarctica.”

The best thing to do is research in advance of securing any holiday plans. Switching the routes or dates could be a blessing in disguise once you take to the ocean.

“If you are prone to seasickness, another good option is to pick the largest, modern ships which have highly effective stabilisers to provide the smoothest sailings possible,” Kerry continues.

“It’s also not a bad idea to choose port-intensive cruises if you can – so you spend fewer days at sea.”

If you are really worried about experiencing choppy waters European river cruise instead could be a safe haven, boasting largely calm waters free of torrential currents. They are also great for multiple port days and stunning views.

Along with the specific elements of a cruise itself, Kerry also discusses some more simple methods for tackling an uneasy tummy.

“One of the most widely recommended remedies is a scopolamine patch that is applied behind the ear at least eight hours before you sail,” says Kerry.

Though the treatment is manufactured in the US, it can be easily purchased online for UK residents and is effective for up to three days.

Other over-the-counter medicines include Dramamine, and Benadryl – which are also dispensed on ships.

Kerry also mentioned herbal remedies for those who want to avoid medicines. 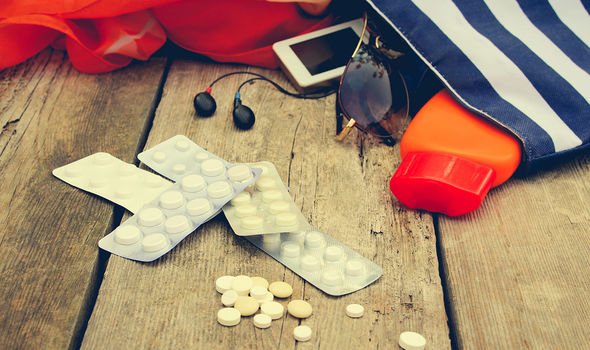 “Ginger is a very popular remedy, which studies have found can greatly alleviate nausea associated with motion sickness,” she says.

“The root can be taken as sweets, powder, tea and pills. Another favourite is eating green apples.

“And indeed, some ships even offer plates of green apples and crackers as part of their room service menus, to help people overcome any motion-induced nausea.”

Similarly, a Sea-band wristband can be worn on embarkation. These nifty bands are inspired by acupressure and reported to work wonders for those prone to seasickness.

While the fear of nausea can put many potential cruisers off the holiday of a lifetime, there are plenty of options and trick that can banish sea sick woes for good.