A cruise ship with passengers from the UK on board was met with around 30 protestors when it docked at Réunion Island in the Indian Ocean on Sunday morning. The angry residents had gathered to demand that all passengers were tested for coronavirus before disembarking from the ship.

Despite no reported cases of the virus on board, the cruise ship had previously been turned away from a port in Madagascar.

The ship is owned by Princess Cruises who also own the quarantined Diamond Princess ship.

The Diamond Princess was placed on lockdown off the coast of Yokohama, Japan, after passengers tested positive for COVID-19.

Since then a reported 706 have come down with the illness, and seven people have died.

Due to a heightened fear following this event, the Sun Princess was turned away by Madagascan authorities on February 13. 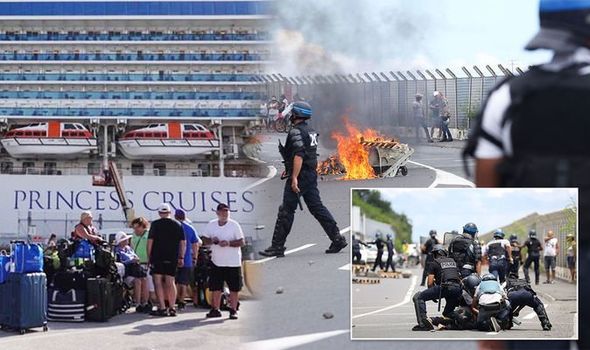 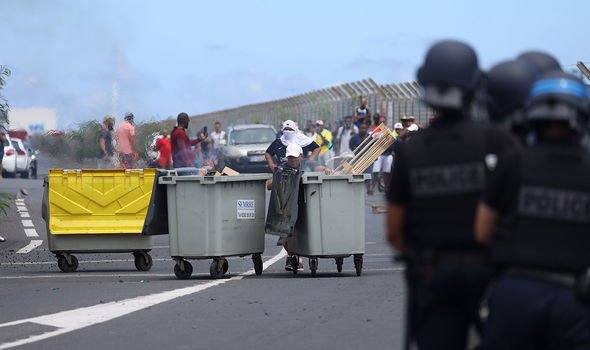 The authorities turned the ship away on the grounds that it had visited coronavirus infected Thailand recently.

The ship then sailed on to Pointe de Galets where it was met with protesters.

According to The Guardian, police used teargas on the crowds who threw pebbles and bottles at the security forces.

The 300 passengers were allowed to disembark for various excursions.

A member of staff from the regional health authority was on hand to offer face masks and leaflets about the disease, however, onlookers noted that none of the passengers appeared to have their temperature taken.

According to The Guardian, a protestor said: “We don’t know if these people are sick – they were not tested. It is very dangerous.”

A Princess Cruises spokesperson told Express.co.uk: “A disruption on Reunion Island was quickly contained by the local authorities and we would like to thank them for their assistance. There was overall limited impact for Sun Princess guests. There are no health concerns on the ship and it is now heading to Perth, its final port of call, after departing Reunion Island.”

The ship has since departed for Mauritius.

The incident marks growing concerns around the spread of COVID-19 on cruise ships. 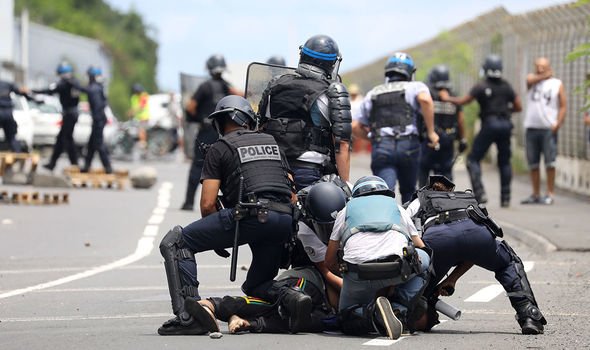 A Fred. Olsen ship was denied entry to a port in the Dominican Republic over similar fears over the weekend.

The Braemer ship was forced to make a turnaround call in St Marteen and fly guests into the island.

The decision was made after the ship reported that eight guests on board were displaying “flu-like” symptoms.

Of the eight passengers reported to be displaying symptoms, two of them are British Citizens, four are Filipinos and two are from the U.S. 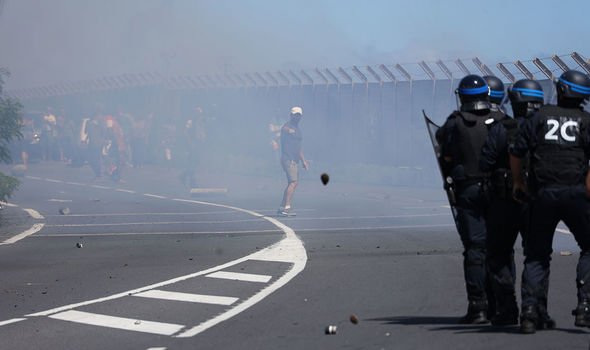 Following the incident, the cruise line posted a statement to its website saying all passengers were now feeling much better and said the decision was an “overreaction by the Dominican Republic.”

The statement adds: “No guests or crew are, or have been, displaying symptoms that are considered to be consistent with those of Coronavirus.

“The safety and well-being of all our guests and crew is our number one priority and we are monitoring closely the developing COVID-19 Novel Coronavirus situation and taking the latest advice from the Foreign and Commonwealth Office and World Health Organisation, as well as Public Health England and CLIA.

“As a precautionary measure, for some time Fred. Olsen has been operating a raised level of sanitisation across its fleet, in addition to health questionnaires and non-invasive screening measures for guests embarking and re-joining the ship from overland tours, and for ship visitors.

So far there are over 90,000 confirmed cases of coronavirus globally, with 76 countries infected.