There’s something about watching cabs racing around and the quick pace of pedestrians that tourists love to see when visiting New York City. However, to fully appreciate the size and views of the city that never sleeps, you need to get above ground level—and Liberty Helicopter Sightseeing Tours gives you just that. 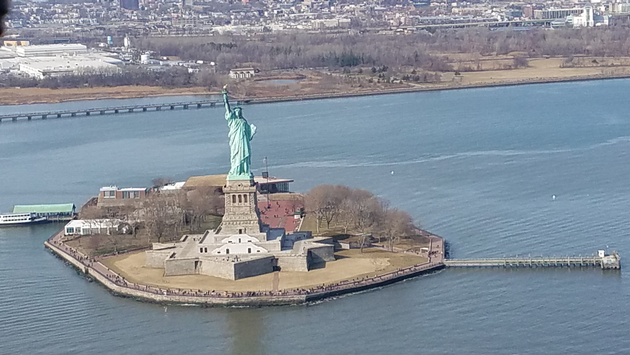 The only downside of the entire experience was that it was too short! But, according to Jerry Eisenband, Liberty’s chief communications and corporate development officer, the 15-20 minute window is the perfect amount of time to obtain a bird’s eye view of the city.

“It seems short on paper, but when you are in the sky and gazing upon the glory that is New York City’s iconic skyline and famous landmarks, the time works perfectly,” Eisenbrand said. “It, in essence, doesn’t feel like 15 or 20 minutes at all.” 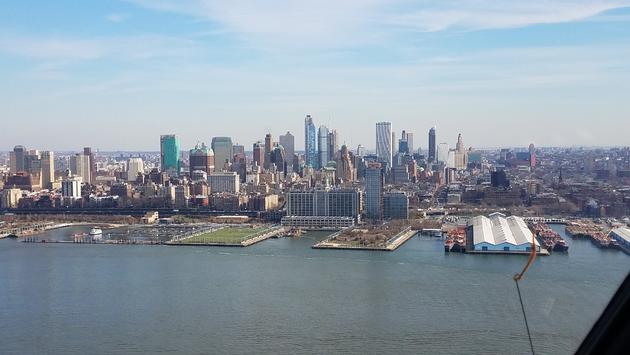 Being able to see the city from 5,000 feet is amazing and the tours are designed to fly by almost every city landmark, Eisenbrand said.

“Liberty Helicopters has two over-water routes that were determined by the helicopter tourism industry and New York City’s leadership to showcase the city’s most iconic landmarks while mitigating noise concerns on the ground,” Eisenbrand said in a statement.

Liberty Helicopters has been providing tours since 1989 and currently does between 20 and 60 flights per day on five different tours of the city starting at $150, with an additional $40 heliport fee per person. The tours run during the day, at sunset and at night. All six tours also depart from the HHI Heliport in Kearny, NJ. Reservations can be made here.