Like everything related to Covid-19 vaccines, after Disney Cruise Line lowered the vaccine requirement age to 5 on its cruise ships, reactions were mixed, and strong.

Disney had been among the major cruise lines allowing unvaccinated children under 12 onboard with a negative Covid-19 test but was the first to lower the required age for vaccination, beginning with sailings departing on or after Jan. 13.

The only line that has followed suit was one that doesn’t carry many children: Celebrity Cruises. Its policy will become effective on cruises departing Feb. 1 and after.

On both lines, children between ages 2 and 4 will be required to have a negative Covid-19 test result prior to boarding.

When the CDC on Nov. 2 approved the Pfizer-BioNTech vaccines for children 5 to 11 years old, it paved the way for some 28 million children in the U.S. to be eligible for the vaccine.

Until then, cruise lines that had been allowing unvaccinated children under 12 onboard, such as Royal Caribbean International and MSC Cruises, had been requiring that “anyone eligible” be vaccinated. But as of Dec. 1, the websites of those lines still stated that the requirement for vaccines is ages 12 or older.

During her weekly Coffee Talk webinar with travel advisors on Dec. 1, Vicki Freed, Royal Caribbean’s senior vice president of sales, trade support and service, said that “at this time, we have not made any decisions on the vaccine requirements for children 5 to 11. We are still in wait and see. We are evaluating it. … But should we make a change to our protocols and require this, we will give you plenty of notice so that families can get their children vaccinated.” 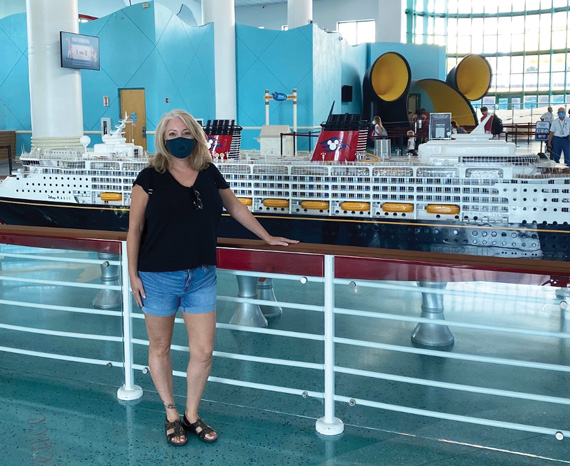 One reason lines are waiting may be that the public is more hesitant about vaccinating children than adults. An ABC News/Washington Post poll fielded in November found that just 46% of adults with a child younger than 18 at home are confident that the vaccines are safe for children ages 5 to 17. In contrast, an ABC/Post survey in September found that among adults, 71% called the vaccines safe.

Some travel advisors said their clients were angry about Disney’s move and hoped other lines wouldn’t follow suit, while others said it was best for the industry and their clients.

“Families with young children want first and foremost to know that wherever they are, that they are in the safest situation possible,” said Michelle Fee, CEO of Cruise Planners. “And Disney and Celebrity’s announcement is absolutely in line with providing families and travelers peace of mind with nearly 100% vaccinated guests and crew.”

Fee said that once the CDC approved the vaccine for younger children “lowering the age was something we anticipated in order to stay ahead of the global situation.”

She said that both Celebrity and Disney gave enough advanced notice for families to be aware and make travel plans accordingly.

Lisa Wagner of Denville Travel in New Jersey said that the day that Disney changed its policy, “it was like a firestorm that ignited. The phones were ringing, and we were getting emails from clients. And it wasn’t very positive.”

Wagner said most of the clients who contacted her are booked on cruises in 2022.

“We have a lot of people that are upset, and some clients will probably pull out,” she said. “I think in the short term [Disney is] going to see cancellations. There’s no doubt in my mind. I know with a lot of our clients, they are not happy and they’re not willing to give their kids a vaccine. … It’s a mixed bag right now. It’s such a personal choice for a family to make about their child.”

Helen Papa, owner of TBH Travel in Dix Hills, N.Y., got a different reaction. She said many of her clients are still hesitant to cruise and that having more people vaccinated and more protocols in place “makes people feel more comfortable.”

“It’s been a little challenging to get people comfortable, and some are pushing their sailings into late ’22 or even to ’23 to be safe,” she said. “I think [lowering the age requirement] makes people feel more secure, which is important to the cruise lines to bring people back to the sea.”

Among the concerns Papa’s clients still have is that with the ever-changing regulations, if their children are not vaccinated, they may not be able to leave the ship in certain destinations.

“Some islands are requiring testing, some require vaccinations. Winter is coming, and the  numbers are going up in certain areas. A lot of people are asking us, ‘what if the rules change?’ So I think that’s another way for the cruise lines not to have people going and then finding out, OK, you can get on the ship, but you can’t get off,” she said.

And while some client reaction has followed the same geographic trends that vaccine uptake overall has taken — Papa’s clients are mostly in the Northeast, which has relatively high vaccination rates — Wagner said that the locations of her clients who are unhappy “run the gamut” from Colorado to Florida to Connecticut.

“It’s not specific to any one geographic area for the folks who were upset about it. It really is across the board,” she said. “I think people are just sick and tired of all the mandates coming out and the restrictions. They’ve been held down for the better part of two years and they just they need a break, and every time a new mandate comes out, for some people it’s depressing. They want it over with, and a lot of people don’t see an end in sight.”

Most advisors expect that Disney and Celebrity won’t be the last lines to lower the age for a vaccine requirement as cruise lines navigate a return to service in which an outbreak could mar public perception.

“In the grand scheme of things, the cruise lines are all trying to do the right thing,” Wagner said.