During my first full day on a Scenic Eclipse Antarctica sailing back in February, I was amazed, and maybe even bewildered, by how many staff members already knew my name.

Eleven days later, on the morning I disembarked from the Eclipse, I was equally impressed when room service knew to substitute my favorite onboard juice, pineapple, when the papaya juice I’d ordered ran out. It was a nice touch that was accomplished even though it was the only time I ordered room service.

“We want to create wonder for the guests. We have surprised people by paying attention to the details. It is that simple,” Eclipse hotel director Daniel Wedel had told me a couple days earlier.

Scenic makes no bones about its goal of positioning itself atop the luxury market in the Antarctic expedition cruise sector, and personalized attention, coupled with a staff-to-guest ratio of approximately 1:1, are just part of how the cruise line makes its case. The ship also has staterooms that are no smaller than 344 square feet, all of which have balconies, and an impressive amenities list that includes two helicopters, a submarine and seven restaurants, to name just a few offerings.

Scenic limits Eclipse capacity on Antarctic sailings to a modest 199 people in order to remain eligible to stop at landing sites that are off-limits under international regulations to ships with 200 or more passengers. And the Eclipse offers a healthy 10:1 ratio of guests to expedition guides.

The ship also comes with a price tag to match its luxury positioning, with 12-night itineraries for next season starting at approximately $19,325 per person. 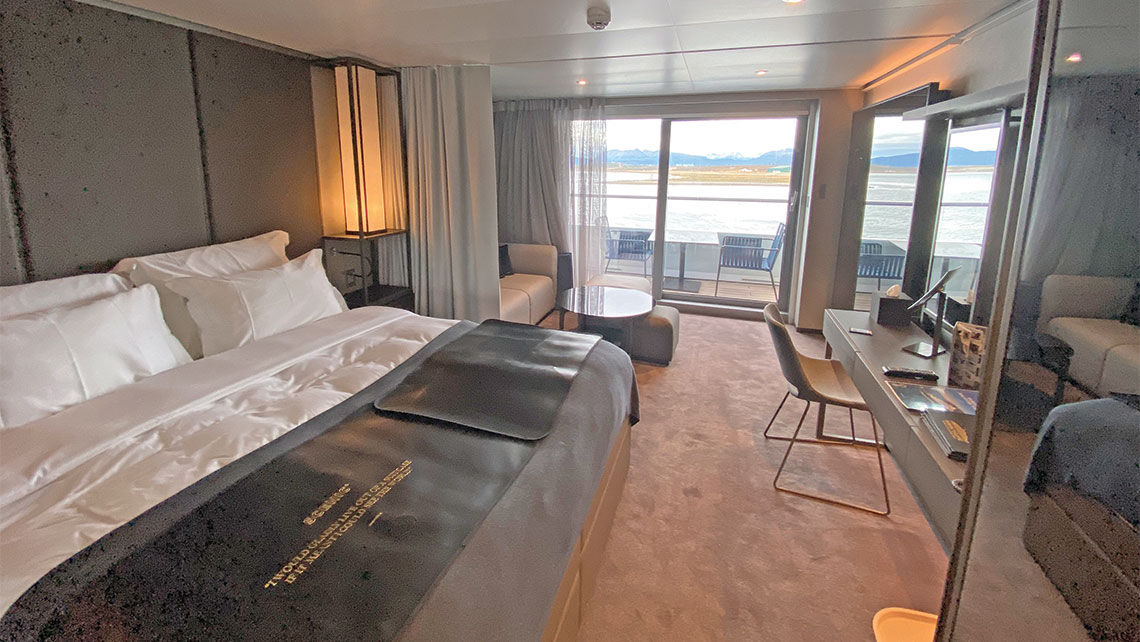 CruiseCenter president Tom Baker, who was on the same Antarctica sailing as I was, said that when it comes to hitting luxury notes, the Eclipse is right on key.

“I will say, this is the best service that I have had on almost any cruise ship, including other luxury ships,” Baker told me one evening, shortly after we’d shared a 10-course meal at the ship’s French eatery, Lumiere.

“The number of restaurants is a huge plus for people who want variety and more of a high feel,” Baker continued. “Nobody has this; not even Hurtigruten.”

Baker described the Scenic product as ideal for a certain type of Antarctic customer: individuals who want to see the continent’s spectacular beauty but who are equally as interested in high-end comfort. In other words, not the traditional expedition cruise customer.

“They like the idea of the soft adventure, and the ship offers that soft adventure in a very comfortable way. This is not roughing it,” he said. 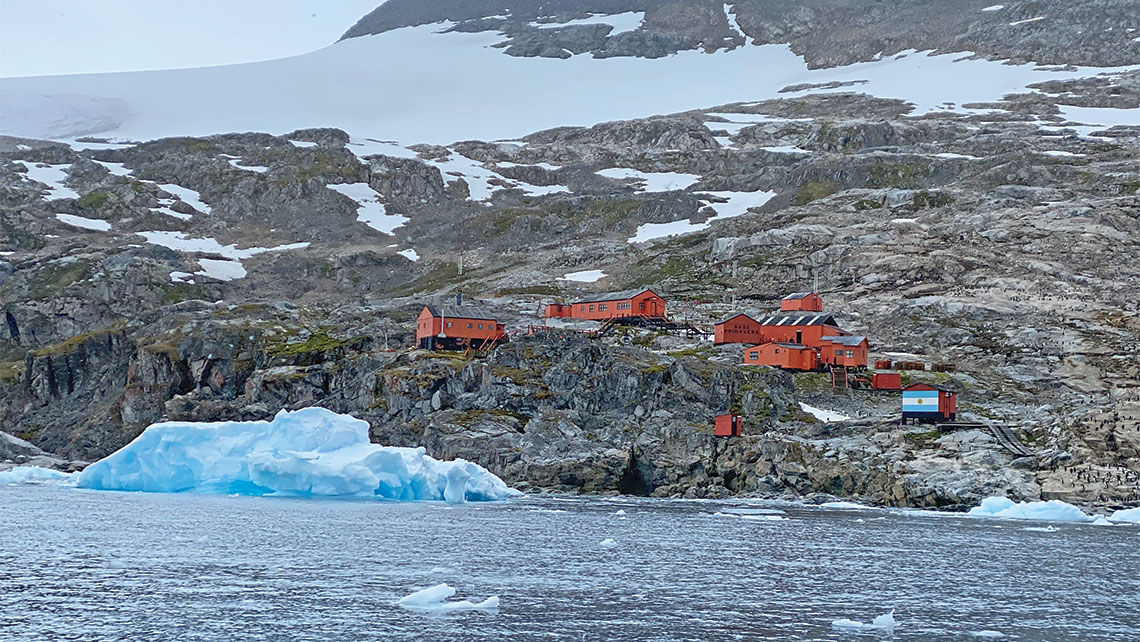 Stepfanie Waldek, a freelance travel writer who also was on the sailing, embarked on this cruise just a couple of months after visiting Antarctica aboard Lindblad Expeditions’ National Geographic Endurance.

While complimentary of both vessels as well as of both overall experiences, Waldek also drew sharp distinctions between the products. The Endurance, she noted, has just two restaurants compared with the much broader dining selection on the Eclipse. And while our Scenic cruise offered an interesting mix of educational lectures, it also provided regular musical entertainment.

On several occasions, the lectures were sparsely attended, in part, perhaps, because they tended to conflict with prime dinner hours.

She echoed Baker in her assessment of the Eclipse’s core customer base.

“I think Scenic Eclipse is for guests who want to go to Antarctica but also need the luxury of a cruise ship, not just an expedition ship,” she said. “People who need the full onboard entertainment and dining experience; they’re here for the ship as much as they are the land.” 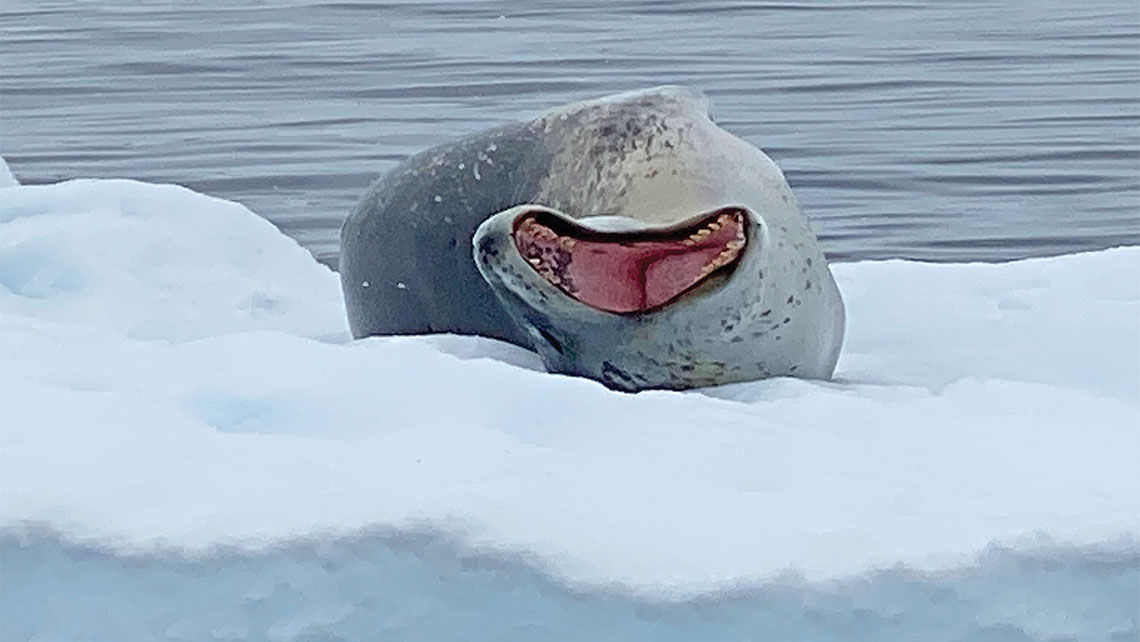 Still, those who are primarily focused on the excursion element of an Antarctic cruise won’t be disappointed by the Eclipse experience. My sailing included two scheduled excursions daily, some by Zodiac only and some that included landings. That’s in addition to the options for helicopter and submarine trips (at an extra cost).

I found my off-boat experiences to be extraordinary, mostly because of the breathtaking Antarctic scenery and wildlife but also because the ship’s guides were highly knowledgeable and eager to go the extra mile for passengers.

The complicated logistics of staging the Zodiacs, and then loading and offloading passengers, were also handled with well-organized efficiency.