The storied British cruise brand Swan Hellenic has been reborn and plans to start operating expedition voyages with a newbuild in November 2021.

“We are back and we’re bigger and bolder than ever,” said Swan Hellenic’s CEO Andrea Zito.

The 70-year-old brand has had its share of owners over recent years since it was founded in the 1950s by Swan’s Tours and operated by W.F. Swan and his son, R.K. Swan. The company was bought by P&O in 1983, All Leisure Holidays Group PLC in 2007 and G Adventures in 2017.

Now the name is back with a new management team, with 100 years of cruise experience among them, headed by Zito, who previously was senior vice president of technical operation and crewing at Silversea.

John Warner, formerly of G Adventures and Trailfinders, is U.K. general manager. Also in the U.K. is Mario Bounas, formerly with Royal Caribbean International and now vice president of marketing. Alfredo Spadon, previously with Silversea and MSC Cruises, is associate vice president of sales and marketing based in Germany.

Swan Hellenic has two expedition ships under construction at Helsinki Shipyard Oy, Finland. The vessels will accommodate 152 guests and 120 crew members. The first ship will sail to Antarctica in November 2021; the second will enter service in April 2022. 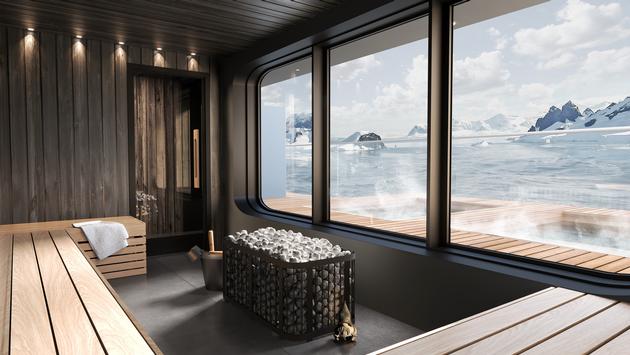 The ships are not named yet, but the project names are Vega 1 and Vega 2, in homage to the first ship to sail the Northeast Passage.

It was previously reported that the two ships were being built by Vodohod, a large Russian river cruise operator. Swan Hellenic said it shares some shareholders with Vodohod, while other owners are international investors. The two brands function and operate independently. Swan Hellenic will be headquartered in Cyprus and will have its operations conducted out of Monaco. Its U.K. office is near Buckingham Palace in Central London.

Swan Hellenic is looking forward to building relationships with the trade. “Swan Hellenic was always a family brand and we want to continue along the same line by inviting all cruise industry partners to become part of the new Swan Hellenic community,” Zito said. Travel advisors can register here. For additional information, click here.