In 2019, the worldwide hotel chain, Choice Hotels International, Inc. awarded six franchise agreements for hotel developments in the U.S. and the Caribbean to organizations led by African American women.

Businesses owned by women of color in 2018 grew faster than other women-owned businesses, so in this move, Choice Hotels was making a financially-savvy decision. However, what the company was indirectly doing is far more important: assisting African American women in joining the top fold of the hospitality industry through hotel ownership.

According to the National Association of Black Hotel Owners, Operators and Developers (NABHOOD) less than one percent of all hotels are owned by African-American women. This seems out of proportion when you consider that there are 5 million black millennial travelers in the U.S. who spent $63 billion on travel in 2018.

We sat down with three black female hotel owners to look more closely at their experiences and journey into the top levels of the hospitality industry.

Why did you become a hotel owner?

In 2018, Deidre Mathis became the first black woman to own a hostel in the United States when she opened Wanderstay in Houston, Texas.

“Hostels accommodate guests from all over the world from many different backgrounds and it was very imperative for me to show that not only do diverse people stay in hostels, but they can own and run them too,” Mathis said.

Mathis’ inspiration for opening a hostel was two-fold: “I decided to make our first location (Wanderstay Houston) a hostel because not only did the city of Houston have a need for it but also because I had just finished traveling 12 countries over a year, staying in over 40 hostels and I wanted to bring that same experience to the USA for other travelers from across the globe to experience.”

She added, “It was very important for me to add some much-needed diversity in the hospitality industry.”

“I have always been fueled by an independent, entrepreneurial spirit,” Johnson explains. This is true – before becoming a hotel owner, she was an entrepreneur, philanthropist, and worked in sports entertainment.

“After leaving Black Entertainment Television, I carved out a new life for myself, both personally and professionally. As a result, I became the founder and CEO of Salamander Hotels and Resorts, where I remain dedicated to bringing a touch of luxury into the lives of countless men, women and children of all creeds, colors and income levels,” she said.

“I was introduced to the hospitality industry because of the opportunity to build and open Salamander Resort & Spa in Middleburg, VA. However, I learned that to grow I needed to form a management company.”

And she did. There are now five hotels under her luxury hotel management company, and her properties have won everything from a Five-Star Rating by Forbes Travel Guide in 2019 to the 2019 Traveler’s Choice Award Winner for TripAdvisor.

As for our third hotel owner, Kristin Kitchen, Founder and CEO of Sojourn Accommodations. Her path to hotel ownership began with her first property, the historic Six Acres Bed & Breakfast. Located in Cincinnati, Ohio, Six Acres was the home of Zebulon Strong, an abolitionist and Quaker, and his home was a stop on the Underground Railroad.

“Six Acres Bed and Breakfast today was where I attended my high school graduation at the house of a classmate whose family owned the house for 3 generations. His mom told me the history of the house and that is was part of the Underground Railroad,” Kitchen said. “Later the house fell to ruins and I would pass by on my way to church on Sundays and say… ‘I got to do something with that house.’”

The next week, Kitchen took a drill from church, unscrewed a board off the window of the dilapidated home, and crawled inside. What she found there, sent her on the path toward buying the home and turning it into a bed-and-breakfast.

“There was so much ancestral conversation going on that I don’t think that I decided to open a bed and breakfast. I think ‘they” called on me to restore the house so that the house could restore the people,” Kitchen explains.

“I was given so many signs along the way that it was pretty clear that it was going to be part of my life’s work.”

“Salamander Hotels and Resorts continues to evolve with the addition of new properties to the portfolio. On March 1, we will open Eclipse at Half Moon in Montego Bay, Jamaica, which promises to be the finest property to open in a generation in the Caribbean,” said Johnson. 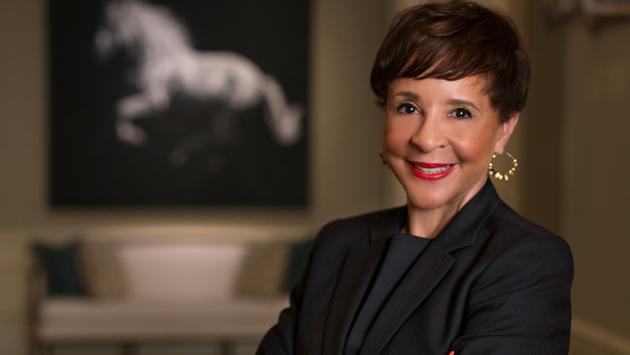 Although a bed-and-breakfast owner for 14 years, Kitchen is now the hotel chain owner of a boutique brand of hotel properties. “I just opened a new boutique hotel in Miami, Florida, called the Dunns-Josephine Hotel. It is the launch of a new brand of hotels focusing on African American history and culture called Sojourn Heritage.”

“Heritage tourism is the fastest-growing sector of the tourism industry. It is very important for us to get into the market and tell our stories, share our experiences. We are planning to launch our brand in several different cities over the next 3 years before we franchise our model,” Kitchen explained.

Like Six Acres, Dunns-Josephine Hotel has a connection to African American history, something that will play a big role in subsequent properties that Kitchen opens.

She explained, “We launched the new brand in a historically black community called Overtown which is going through rapid gentrification. This hotel is the last in this community from the days of segregation when all the stars could perform on South Beach but had to go Overtown to go to sleep. We have themed the hotel in the Harlem Renaissance because this community was once called the ‘Harlem of the South.’”

As for Mathis, she says, “Wanderstay Hotels will eventually open an assortment of accommodation types.”

“It is of the utmost importance to have more black owners so we can continue to dispel the myths surrounding education and abilities,” said Johnson. For her, African American representation at the top levels of the hospitality industry is beneficial, not just to other African Americans, but to society as a whole.

“As both an African American and a woman – one who came of age in the very heart of the white and male-dominated 1950’s and 60’s – I’ve spent my entire life working and fighting, often against the longest of odds, to gain even the smallest toehold on the American Dream,” she said. “It is our obligation to continue to elevate the curious, intelligent, inspiring leaders of the black community and remove the preconceived notion of what that looks like in hospitality.”

Kitchen echoed Johnson: “How does it make me feel [to be a black hotel owner]…? Proud. What does it mean to me? It means the world to me!”

“There are very few black-owned hotels or B&Bs so having the opportunity to break bread with a diverse population is something that I think so many people are actually looking for and are definitely excited about once they have the opportunity. What you realize is that we all have so much more in common than the news will ever report,” Kitchen said.

However, she added that accurate representation and acknowledgment of African American contribution in the past has a space within the hospitality industry and is equally as important.

“I feel responsible as a keeper of our history to make sure that we continue to create a place where open dialogue and discussion for those of different races, genders, and cultures are always welcomed and encouraged,” Kitchen said. “My job is to often to teach or correct what many have learned in history books and popular culture about the African American experience.”

How can other African American women break into the industry?

Opening a hotel is a big task for anyone, no matter your background, however, Johnson makes a good point: “In my time, and throughout the previous roles I have held, I have found that we are not lacking talented qualified women of color. What there is, is a lack of economic opportunity.”

Opening a hotel isn’t something you can do without money and amassing that kind of wealth could take years if not decades. Add on the fact that African Americans face more systemic obstacles to economic opportunity — fewer job opportunities, lower pay, poorer benefits, job instability, and discrimination and segregation in the workplace — and black women only get 61 cents per dollar compared to white men, and it’s no wonder African American women only make up less than one percent of hotel owners.

Despite this seemingly impossible task, Wanderstay Hotels-owner Mathis found a way to raise capital including getting a small business loan, running a Indiegogo fundraising campaign that brought in $5,000 from the Houston community in 31 days, and winning over $75,000 in business pitching competitions including the Bank of American/Mastercard Grow Your Biz Pitch Competition in 2019.

For African American women interested in owning their own hotel, Mathis says: “My advice is pretty universal and can work for anyone: 1) Increase your personal credit score 2) Save as much money as possible 3) Get a mentor ASAP 4) Don’t let barriers get in the way 5) Do your research 6) Write a solid/feasible business plan.”

Having more black voices in the hospitality industry is important to Kitchen because as she explains, ”The telling of our stories is crucial to the true evolution of America.”

As for Johnson, more African American women hotel owners would improve the hospitality industry in so many ways.

“There needs to be a recognition that people of diverse backgrounds bring forth new ideas and experiences and look at life from a different perspective. It is the only way we are going to evolve the industry and make an impact,” she said.

“Change truly starts at the top, and at Salamander Hotels and Resorts, it begins with me.”