As the race between southern European nations to attract summer tourists gathers pace, the Greek prime minister has announced international visitors will be welcomed from 1 July – with lower fares on public transport and cheaper coffee.

The news service Ekathimerini.com reported that passengers will be subject to random coronavirus tests at the airport.

At present anyone arriving in Greece from abroad must go into 14 days’ self-isolation. “This is mandatory, and the authorities will enforce it by prosecution and fines,” warns the Foreign Office.

The quarantine obligation will be lifted in time for the start of international flights.

Mr Mitsotakis said that VAT on public transport and non-alcoholic drinks will be cut from 24 to 13 per cent.

In a normal year, around three million UK visitors – the vast majority of them tourists – travel to Greece.

But British travellers may not initially benefit from the re-opening.

The soon-to-be-imposed self-isolation rules for passengers arriving back in the UK will scupper most holiday trips in June and possibly July.

Earlier this week, the Greek minister of tourism urged the UK to agree to mutual “quarantine immunity”.

On the BBC’s Coronavirus Newscast, Harry Theocharis said: “If we don’t impose quarantine for people coming to Greece from the UK from some day onwards, we would welcome if the UK extended the same thing.”

The UK’s quarantine programme was announced by the prime minister on 10 May. The Home Office promises details of the policy will be revealed shortly, with the mandatory self-isolation beginning in June. 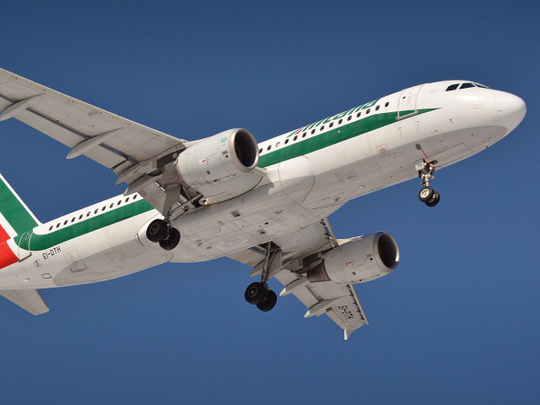 ROME – All Italian airports will be able to reopen from June 3 after many were closed to stem the spread of the coronavirus outbreak, the country’s transport minister said Wednesday.

The Italian government had said on Saturday that it would reopen its borders to European Union tourists on that date and cancel the compulsory quarantine for foreign visitors to the peninsula.

“It will be possible to proceed with the reopening of all airports from June 3, when inter-regional and international transfers will again be allowed,” Paola De Micheli told lawmakers.

Italy, the first European country to be affected by the coronavirus pandemic, closed many airports, including Linate airport in Milan, on March 12.

Other airports could still operate but in a limited way, such as Rome’s Fiumicino, Milan’s Malpensa and the airports in Bologna, Palermo and Turin.

Ciampino airport in Rome and Peretola in Florence, which were closed on March 13, have been allowed to reopen since May 4.

The troubled Italian airline Alitalia, which is set to be nationalised, said on Wednesday that it would increase its flights by 36 percent in June compared with May.

Alitalia said that from June 2 it would gradually resume its services between Rome and New York and between Milan and southern Italy, as well as certain flights to Spain.

UAE resumes issuance of entry visas but work permits still on hold
Recent Posts
This website uses cookies to improve your user experience and to provide you with advertisements that are relevant to your interests. By continuing to browse the site you are agreeing to our use of cookies.Ok