Inside Vilnius’s unassuming 19th-century socialist-realist station itself is shabby-chic Bar Peronas. It serves excellent local beer (€2.50) alongside solid cocktails; if you’re feeling adventurous, try Herba Devynia, a Lithuanian take on a bitter Italian amaro made from bark, roots, herbs, fruit, blossom and leaves. Seating spills out on to the railway platform, where you can sit alongside a five-metre tall statue of Tony Soprano clad in a dressing gown as you watch trains shuttle off towards Minsk and on to Saint Petersburg. Once the sun goes down, talented local DJs play anything from hip-hop and techno to Balkan beats and afrojazz.
Rob 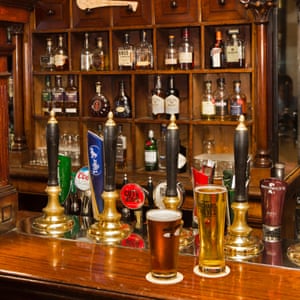 “Bongo” Ryan’s of Parkgate Street is three minutes’ walk across the Liffey from Heuston station, and within a short stroll of Guinness’s St James’s Gate Brewery. It’s one of Dublin’s finest Victorian pubs, housing a cosy snug and sturdy mahogany bar. If you can tear yourself away, it is a short walk to historic Kilmainham Gaol and the immense grandeur of Phoenix Park. The National Museum of Decorative Arts & History is a block away. If I had 24 hours in Dublin, I’d spend a few of them here.
Tim 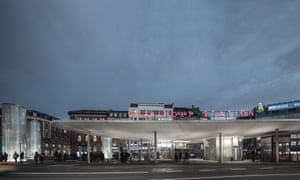 Paludan Bogcafe, Denmark’s oldest book cafe, is a short walk from Nørreport Station and a 15-minute stroll from central station. In the city’s old Jewish quarter, the cafe is busy from 9am-10pm with students, shoppers, tourists and old friends. It’s a perfect escape from the chain stores on Strøget. It’s tucked away behind the old university library, and almost every wall is lined with new and antique books. Stop for coffee and cake, a cold beer, or even a glass of wine – you probably won’t find large glasses for £5 anywhere else. The food may well be Copenhagen’s best kept secret.
Rhiannon Jackson 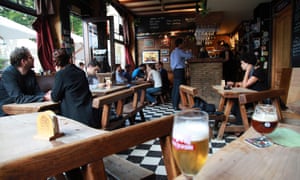 Between the Eurostar terminal at Brussels Midi and Brussels Centraal station (10-15 minutes’ walk from either) is Moeder Lambic at Place Fontainas. The beer selection is fantastic, with some of the best beers I’ve ever tasted. The food is good value, particularly for Belgium, with sandwiches, soup and sharing boards.
Chloe 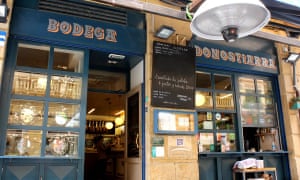 After arriving at San Sebastián-Donostia station, don’t follow the crowds towards the tourist-packed Parta Vieja. Instead, stick to the east side of the Uremea, and walk for eight minutes along the riverbank to Bodega Donostiarra in the Gros neighbouhood. This lively wine and pintxo bar has been serving the local community since 1928, when this was a working-class area of shanties and workshops. The potted plants and sun terrace may be new, but the house speciality , a bocadillo, or small baguette, of fresh tuna, salty anchovy and local green pickled peppers (€3.10), is timeless. And lovely wines by the glass cost from €1.30.
Joanna

Straight to the strudel, Leipzig 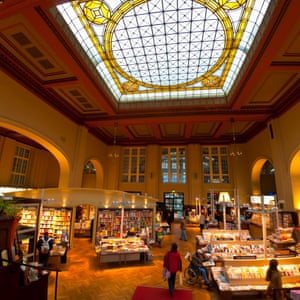 On the vast concourse of Leipzig Hauptbahnhof, the city’s monumental station, is the Ludwig bookshop and cafe bar. If the station is the cathedral, Ludwig is its library or cloister. It’s a calm, airy and refined space, with dark wood, high ceilings, stained-glass skylights and cosy club chairs. It serves reasonably priced drinks, sandwiches and snacks, though I had a coffee and a giant slab of apfelstrudel. Browse the books and magazines, listen to the train announcements, or watch the trams in the square outside through tall, elegant windows. It makes a marvellous waiting room, though frankly I suggest visiting even if you have no train to catch.
Kevin Sullivan

We’re asking our readers for recommendations from their travels, with a selection of these tips being featured online. Each week, the best entry (as chosen by Tom Hall of Lonely Planet) will win two first-class Interrail Global Passes from Eurail that allow for seven days of travel within one month, and are worth up to £384 each (depending on the age of the traveller). To enter the latest competition visit the readers’ tips homepage

A litre, just metres from the station, Munich 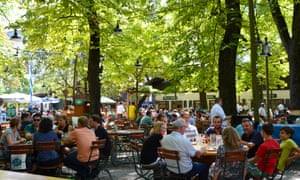 Augustiner is said to be Munich’s oldest independent brewery, dating back to medieval times, and it has a beer garden (established in 1812 by Büchl brewery) under chestnut trees beside the central station, making it the perfect place to have your first, or last, beer in the city. Musicians wander and traditional Bavarian dress is much in evidence. It has a wide range of typical Bavarian cuisine, plus light snacks and veggie dishes. A half-litre of lovely Augustiner Edelstoff is a reasonable €3.95.
Lorcan 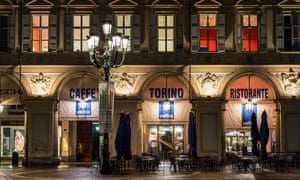 Exit Porta Nuova train station and within a few hundred metres you come to the baroque grandeur of Piazza San Carlo, and two of Turin’s most famous cafes. Café San Carlo (1882) has the ambience of a palace, but I prefer the art nouveau Caffè Torino (1903). Italian style, grandeur, history, architecture, and coffee at normal prices. Try a traditional bicerin, a mix of espresso, chocolate and milk. I found it while changing trains, fell in love with the cafe and the city, and went to live there for a year. I return as often as I can.
Neil Pearce

Ober and out in Interlaken, Switzerland

The Hüsi Bierhaus, a six-minute walk from Interlaken West Station, is a must for craft beer lovers when visiting the Bernese Oberland. This timber-framed, green-shuttereds chalet has more than 70 bottled beers and about 20 on tap. Since 2018 it has been brewing its own, including the top selling Wingover IPA, a hoppy, blonde ale dedicated to the town’s paragliding community. Beer has even found its way into the kitchen, with bread made from the brewery’s spent malts, a bier-bratwurst, and nachos smothered in a rich, tomato, jalapeño and beer salsa.
Alex

I stumbled on Gelati del Bondi when I got off the train in Florence last summer. It’s a five-minute walk from Florence Station up Via Nazionale as you head into town. Unlike some Italian ice-cream bars, it has places to sit both inside and outside. It’s not fancy but has 40 delicious flavours. The fresh caramel, made with French butter, or the Medici Special, with a secret ingredient, are among its signature offerings. Cones from €2.
Gonca