We’re on a train to the centre of the universe. It sounds like something from Doctor Who, or maybe Hitchhiker’s Guide, but in fact it’s a ride of less than seven hours from Paris. 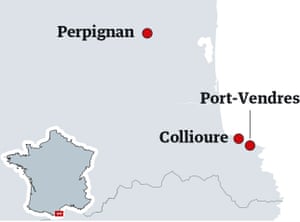 In 1963, Salvador Dalí was travelling through Perpignan when he had a vision – a véritable éjaculation mentale – of the city’s station as the cosmic centre of the universe, with the building’s proportions reflecting its structure perfectly. Whether paranoia or substance abuse lay behind this vision we’ll never know, but he encapsulated it in a surreal 1965 painting (La Gare de Perpignan, now in Cologne’s Museum Ludwig).

Dalí also declared that sooner or later everyone changes trains at Perpignan: the city is on the route from Barcelona and Girona in Spain to all points French. But those who just use Perpignan as a way-station are missing out on a small (120,000 inhabitants), ancient, walkable city with a Catalan feel and a delightful climate – the Pyrenees to the west offer shelter from wind and rain. It’s also a place where wine and rugby are the twin obsessions, with tourism a distant third.

It may be the centre of the universe but Perpignan station isn’t in the centre of Perpignan. We walk into town along the green banks of the Basse River, arriving 20 minutes later at Quai Vauban, the city’s answer to Las Ramblas, with cafes and tree-lined walkways – but no crowds or selfie sticks. To our left, early-20th-century boulevards are lined with elegant buildings; to our right lies the tangled medieval city – narrow streets laid out 800 years ago, low-rise and ungentrified. 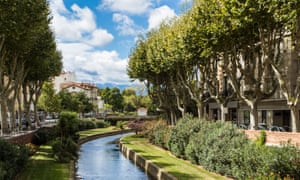 The coast to the south is called the Vermillion Coast thanks to the iron ore in the rock and there’s lots that is red about Perpignan, too: wrought-iron balconies on old mansions have a rust-coloured patina, pavements are in red marble and the city’s emblem, the 14th-century Castillet fort, now used for art exhibitions and Bastille Day fireworks, is in early red brick. There’s pink stone on the even older John the Baptist Cathedral nearby, whose huge Campo Santo burial ground is used for concerts and a summer festival.

Secular buildings are just as fascinating. Also rosy-hued, Casa Xanxo (rue de la Main de Fer, free) was built in 1506 by a wealthy cloth merchant who felt the need for a richly carved frieze of the seven deadly sins on the facade. More than 300 years later, another family felt no guilt about growing rich on the manufacture of Job cigarette papers and built the elegant Hôtel Pams (free), furnishing it with gold, marble, onyx and huge murals by artist Paul Gervais. 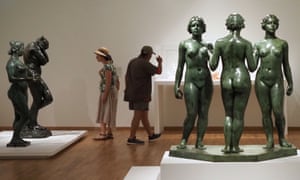 For me, the best thing about this corner of the Med is its importance in 20th-century art. From 1905, Matisse and Derain found inspiration on the coast, and before Dalí had his epiphany here, another Spanish genius, Picasso, was a regular visitor. He was great friends with the local de Lazerme family, whose former home has just been incorporated into Perpignan’s major gallery, Musée Rigaud (from €8, under-18s free). Its collection goes back to gothic and baroque periods, but I prefer quiet, expressive sculptures by local Aristide Maillol (1861-1944) and a tender 1954 painting of Mme Paule de Lazerme in Catalan dress by Picasso.

Paule, last of the de Lazermes, declared on her 80th birthday that she would bequeath the family home to the city. It had a long wait: she lived on for another 22 years, dying in 2012 at the age of 102. The extended gallery reopened in 2017. 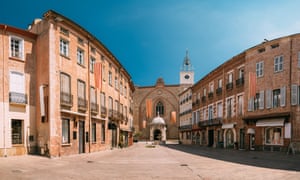 Scantily clad women in the Hôtel Pams’ murals are cavorting against a backdrop of red and orange cliffs above cobalt water – the Vermillion Coast, 20 minutes away by train and our next destination. Much of the western Med is flat and pretty featureless – though with great beaches – but this changes south of Perpignan, where the Pyrenees meet the sea in a jumble of cliffs, hilltop forts with views and an indented coastline hiding cute coves and sandy bays.

Collioure, on a natural harbour with four beaches, looks like one big painting. Locals are forbidden from using black or white paint on their houses, so the town is a kaleidoscope of colour schemes – gold with bright green woodwork, cream and royal blue, pink and pale green – against blue sea and vine-covered hills. It was originally an anchovy port. The little fishes are still all processed by hand, and celebrated at an anchovy festival held the first weekend in June. 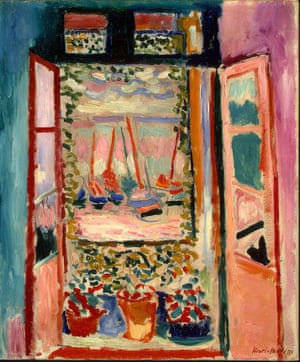 When Matisse came in 1905, he was depressed, broke and desperate to find his own style. The bright colours of Collioure lifted his spirits and inspired his art and that of his friend André Derain, who travelled south to join him. The pair made many paintings here, and though they didn’t find favour with critics, who likened them to the work of wild beasts (fauves), an art movement was born.

Collioure has a gallery but the Derains and Matisses are in bigger collections elsewhere. Instead, we take a tour of the locations of famous paintings. Remembering Matisse’s La Plage Rouge from London’s Courtauld gallery, I stand on the spot he did and look at sailing boats, waves and headland (though the sand is not the ketchup colour he used). I gaze at the town’s lighthouse, then at a print of Derain’s Le Phare de Collioure, admiring the way his bright yellow and orange hues, contrasting with dark blue water, convey the dazzling sunlight.

Everyone in town seems to be an artist or collector: a hilly area behind the port called Le Petit Montmartre, bright with oleanders, hibiscus and bougainvillea, has sculptures on doorsteps and paintings on walls. A group of children are on their own tour, creating fauve works with palettes and brushes (collioure.com, English guide available, 4-12s, one hour €3). 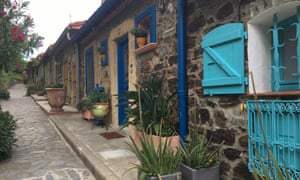 Less artistic kids might like the fact that Collioure is home to France’s commando training centre (CNEC): scarily fit, black-clad ninja types can be spotted doing daring feats on the water, rock faces and castle walls.

We climb to 16th-century Fort Saint-Elme to admire views of Collioure and Port-Vendres further south, and take a boat trip down the coast as far as the Spanish border. But there’s more to see and do – not least the sandy beaches of l’Ouille and le Racou, both walkable from Collioure. Dalí said Perpignan station was where his most ingenious ideas came to him but I don’t need to be a surrealist visionary to see that another trip to this corner of France is a brilliant notion.
• The trip was provided by Perpignan and Collioure tourist boards (perpignanfr.com, visitcollioure.co.uk) 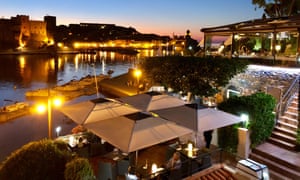 The menu at Le Figuier, on the edge of Perpignan old town, offers a choice of traditional or innovative at each course: starters of, say, Catalan paté and pickles, or goat’s cheese panna cotta with oregano oil and pine nuts, plus local Cap d’Ona beers (two courses €15).

Plug into France’s Slow Food movement at Collioure’s La Cuisine Comptoir, run by Cumbrian-born Victoria Robinson, who has lived here for 20 years. She buys all her ingredients from small producers – meat only from “people who knew the animal from birth”, fish from “petits métiers” (one-person businesses) and goat’s cheese from unfenced herds. Among lots of vegan and vegetarian choices, standouts were beetroot gazpacho with tahini, and new potatoes with aioli (small plates from €7).

For a treat, Le Neptune, on a cliff overlooking Collioure’s harbour, has tables on two stacked terraces – one with a 300-year-old fig tree – with panoramic views, and a fish-heavy menu. One favourite is sea bass with artichokes, mushroom cream and chorizo crumbs (four courses €39). 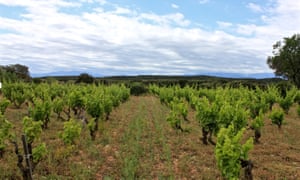 Try the elegant reds and floral whites of this area at Olivier Pithon’s biodynamic winery near Calce. Pithon happens to be a fan of Cleese, Palin, Idle and co, and names a delicious sunny red (best served slightly chilled) and a minerally-citrussy blended white after his almost namesake – Mon P’tit Pithon.

Collioure’s wine cooperative is in a 13th-century former Dominican monastery (tour and tasting €3pp), making red, white and rosé with grapes from 160 growers. The most famous is Banyuls sweet wine, aged in demijohns in the cellar or out in the sun. It has a golden raisin flavour, citrussy when young but more honeyed when older – perfect with goat’s cheese. 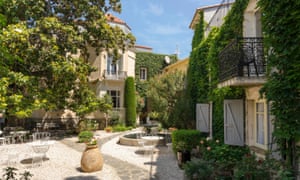 Around a tranquil courtyard in Collioure’s lively centre, Hôtel Casa Païral (doubles from €84 room only) offers views of terracotta rooftops, umbrella pines and seagulls. Breakfast in the courtyard (with cheese, meats, eggs and lots of local fresh fruit) is particularly enjoyable.

Family-run campsite La Girelle (tent and two people from €18.50, four-person chalet from €49) has direct access to L’Ouille beach and is 20 minutes’ walk from Collioure, with a small shop, restaurant and bar on site.