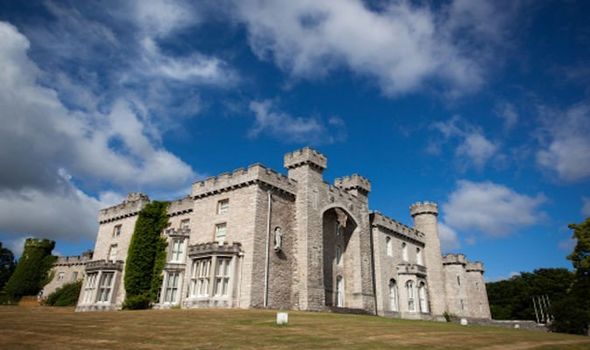 And as they met up and exchanged sweets and cigarettes they would carve their initials into the bark of the tree. That was just after the end of the First World War but the “signature tree”, as it became known, still stands today, as we found out during our break at Bodelwyddan Castle Hotel in North Wales. In the 1920s the castle, now a stylish Warner Leisure Hotels property, was the home of the exclusive fee-paying Lowther College for young ladies who, among other things, were taught to ride and play golf.

But, rumour has it, such was the number of amorous woodland assignations, the college principal had to have a direct phone line put in to the nearby army camp to safeguard the virtue of her charges.

Today, the castle attracts a slightly older set of visitors who want to relax, be pampered and entertained in an adults-only Warner property which sits in some 200 acres of Victorian parkland yet it’s just ten minutes drive from Rhyl, 20 minutes from Llandudno and an hour from Snowdonia.

The location means you’re spoiled for choice when it comes to filling your three or four-day break, especially as there’s a wide variety of activities included in the price.

During my visit, the crossbow, archery and rifle shooting classes were almost always fully booked while other guests opted to visit the spa, complete with adjoining indoor pool and gymnasium.

The less energetic preferred to take things more leisurely, with a walk, an afternoon quiz or even attending a make-up demonstration.

On one night my wife and I joined other guests for hot toddies before going outside, accompanied by a Scottish piper in full regalia.

As the last notes of his pipes faded away, there was a spectacular firework display against the backdrop of the Clwydian mountains. 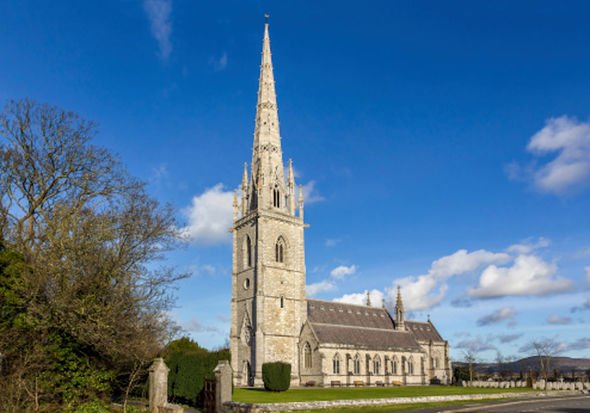 Then it was in to dinner – baked pear, blue cheese and chestnut tart with fig chutney starter for me, followed by a main course of fresh salmon and smoked salmon Wellington with Kir Royale cheesecake, blackcurrant compote and chocolate sauce to finish – before we took our seats in the theatre for the show and party celebrations.

The whole event was done in such spectacular style, which is probably why guests book year after year (and booking is already open for next New Year). And there’s always plenty to do on New Year’s Day, including an afternoon pantomime.

We joined a guided tour of the grounds and estate, which was when we discovered the signature tree.

But the tour was to turn up even more surprises.

As we walked there was a rustling among the bushes and we spotted the resident deer with their splendid white stag leader.

And if the First World War is of interest, the remains of trenches used by British and Canadian troops stationed at the nearby Kinmel Park army camp are still in evidence. 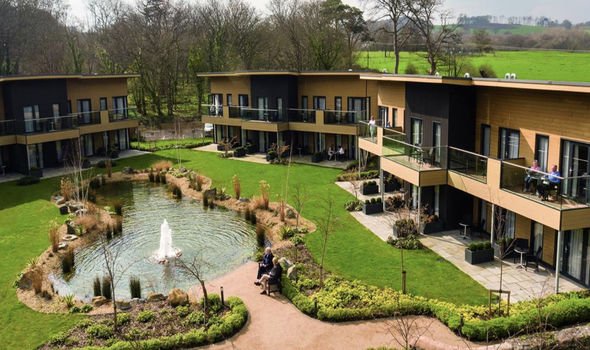 In their memory, a wartime trench system has been recreated, complete with officers’ mess dugout and regimental aid post, to show what the troops faced during the war on the Western Front.

It’s not currently open to the public as the land it sits on is for sale but if Warner buys the land – as seems possible – it will re-open.

From the trenches you can clearly see the 202ft spire of St Margaret’s Church.

Known as the Marble Church, it took more than four years to build, cost the equivalent of £7million in today’s money and features no fewer than 14 different types of marble, so is well worth a visit.

After our visit, we returned to Bodelwyddan to chill out.

While some guests were staying in the main building we had one of the new garden lodges, built just four years ago and the perfect place to relax.

Overlooking a large pool complete with fountain, the lodges offer all the comforts of home, with a spacious bedroom, large lounge and impressive en-suite with double-sized shower.

In fact, the lodges are so comfortable that it was sometimes tempting not to make the short walk to the main hotel building – until it was time for dinner again, of course.

Warner Leisure Hotels offers three nights on half-board at Bodelwyddan Castle, North Wales, from £250 per person for arrival on April 24; four nights arriving on April 20 from £260 per person. Includes entertainment, use of leisure facilities and sports activities (warnerleisurehotels.co.uk) More info at visitwales.com