The immersive land in Disney California Adventure Park will put guests in the middle of the Marvel Cinematic Universe, and Imagineer’s are excited to share all that they have envisioned for this land with guests this summer but have given media a sneak peek at what magic awaits.

“It’s going to be a place where visitors can experience the story,” said Dave Bushore, vice president, franchise creative and marketing. Marvel Studios building Avengers Campus was not a task that Imagineers undertook lightly.

“There is a lot of responsibility to this iconography,” said Scot Drake, portfolio creative executive, Walt Disney Imagineering.

“This place is about living your superhero fantasies, said Brent Strong, executive creative director, Walt Disney Imagineering. “You will be able to become a superhero.”

When Avengers Campus opens this summer, Web Slingers: A Spider-Man Adventure is certain to be a main attraction and will introduce theme park-goers to an entirely new technological experience that literally turns them into superheroes.

Visitors meet the Worldwide Engineering Brigade or WEB, which is a workshop of young inventors such as Peter Parker who want to develop innovative new technologies designed to empower a new generation of superheroes.

Among their creations are the Spider-Bots, robotic sidekicks that can build anything a Super Hero might need. 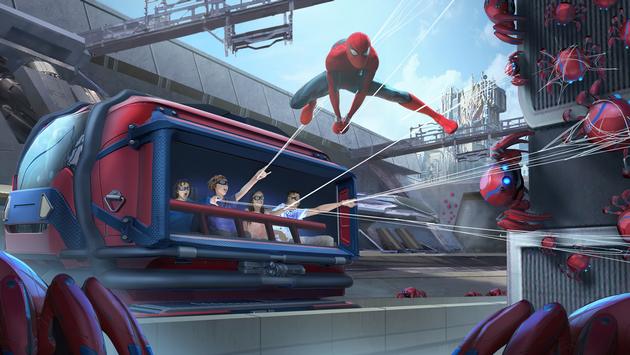 The Spider-Bots are stuck in a replication loop, and it’s up to guests to help Peter catch the rogue bots. Guests wear 3-D glasses and jump into a Web Slinger vehicle where they show off their newly discovered web-slinging powers.

In the Web Slinger, guests round up bots while traveling virtually through Pym Test Kitchen, Avengers Headquarters and The Collector’s Fortress. 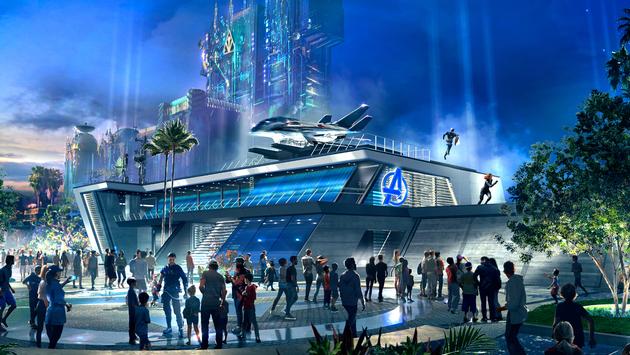 Elsewhere around Avengers Campus, guests will discover numerous ways to interact with their favorite superheroes.

Ant-Man and The Wasp will be appearing at the Disneyland Resort for the first time and save room for the goodies at Pym Test Kitchen where shrinking and growing technology are employed to create the perfect superhero snacks.

Those looking to hone their superhero skills can look forward to opportunities to train with the Dora Milaje, Black Panther and Wakanda’s elite guards, and visitors who are more into the mystic arts can watch demonstrations with Doctor Strange at the Sanctum. 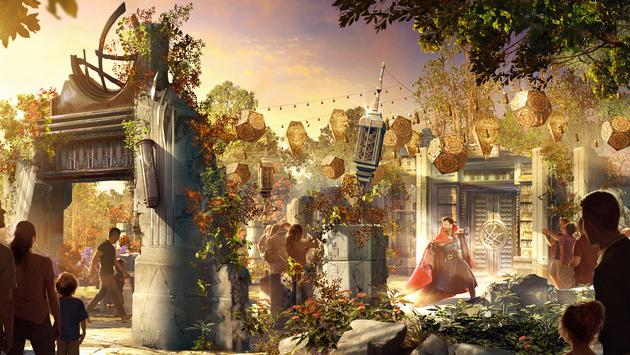 Tony Stark will be showing off his new Mark 80 Iron Man armor, which he is revealing for the first time at a Disney park, and he will welcome fellow heroes for photographs.

Black Widow, Black Panther, Thor, Groot, the Guardians of the Galaxy, Captain America, Captain Marvel and even villains such as Loki can also be encountered at Avengers Campus. It’s also the first time guests will have the chance to meet Taskmaster, who has a role in the upcoming “Black Widow” film.

In addition to dining at Pym Test Kitchen, guests can pick up treats at the Shawarma Palace cart and Terran Treats and there are a number of unique beverages at Pym Tasting Lab.

For those superheroes who need to pick up supplies for their next mission, WEB Suppliers has everything they need, including the helpful Spider-Bots, every hero’s super sidekick. The eight-legged bots are powered by remote control and have a number of optional “upgrades” that can be purchased.

The Campus Supply Pod has all the logo gear that guests need, including logo gear, fleece hoodies and tees, headwear, drinkware and other supplies.