Walt Disney World and Disneyland have been seriously upping their game when it comes to plant-based offerings at the parks and resorts. Hundreds of new plant-based dishes were unveiled on Oct. 1, 2019, with new ones hitting menus regularly since then.

No longer an afterthought, Disney’s newest plant-based dishes are getting rave reviews from meat-eaters, vegetarians and vegans alike. And now, thanks to a new partnership between Impossible Foods and Disney that was announced today, guests can expect to see even more top-notch plant-based offerings hitting Disney menus.

A “strategic alliance” between Impossible Foods and Disney Parks, Experiences and Products will designate Impossible’s star product, the Impossible Burger, the “preferred plant-based burger” of Walt Disney World Resort, Disneyland Resort and Disney Cruise Line. The Impossible Burger, which many find nearly “impossible” to distinguish from the real thing, has been garnering devotees since its 2016 launch.

Impossible meats already enjoy a starring role in numerous dishes across Walt Disney World and Disneyland parks and resort, and today it was announced that three new Impossible-based dishes will be debuted at Disneyland Resort’s Disney California Adventure Food & Wine Festival, which runs from Feb. 28 through April 21:

“We’re excited to add more items featuring the Impossible Burger to our menus,” said Chef John State, Culinary Director at Disneyland Resort. “We’re always looking for ways to bring more flavor, innovation and creativity to the Disney dining experience and we’re delighted to include Impossible Foods in new dishes that our guests and fans are sure to enjoy.”

Whether you’re a vegetarian or vegan, looking to reduce your meat intake and environmental impact, or just want to give Impossible meat a try on your next Disney trip, here are a few of our favorite Disney dishes that feature Impossible meat.

This plant-based version of the uber-popular Ronto Wrap, available at Disneyland’s Star Wars: Galaxy’s Edge, is so good it’s even causing some meat eaters to change their order. 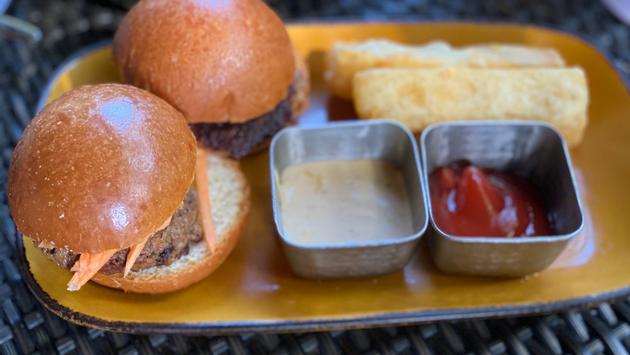 A flavorful blend of seasoned Impossible meat and quinoa for the base of this bright, healthy dish, one of the most popular at Star Wars: Galaxy’s Edge’s main quick-service location. 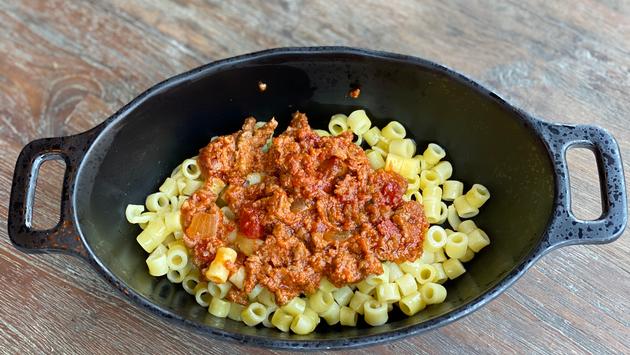 We’re even bigger fans of the kid’s meal Impossible option at Disneyland’s Galaxy’s Edge. An Impossible patty is served in a fluffy bao bun and served with a tangy sauce.

Hop a boat or monorail from Magic Kingdom over to Grand Floridian Café for an excellent Impossible Burger topped with caramelized onions and plant-based smoked gouda.