Finally, the Cirque du Soleil tent at Walt Disney World’s Disney Springs is coming back to life with the group’s newest show “Drawn to Life.”

The Grand Opening of the show is not set until April 17, 2020, but visitors can preview the show by buying tickets to the preliminary performances on select nights throughout March and April.

Cirque du Soleil, under the direction of Michel Laprise, worked with Disney Animation Studios and Walt Disney Imagineering in the production of the highly anticipated show.

“Interpreting the works from Disney’s spectacular catalogue of animation into a live show was a thrilling opportunity for Cirque du Soleil, and we couldn’t be more proud of this production,” explained Diane Quinn, Chief Creative Officer Cirque du Soleil Entertainment Group in a statement. “Together with Walt Disney Animation Studios and Walt Disney Imagineering, we have created a stunning show that will inspire audiences to dream and reach for the impossible.”

Guests will be entertained with ten inspiring acrobatic acts as they join Julie, the star of the performance and a young girl who was just gifted the extraordinary gift of an unfinished animation by her Disney animator father. 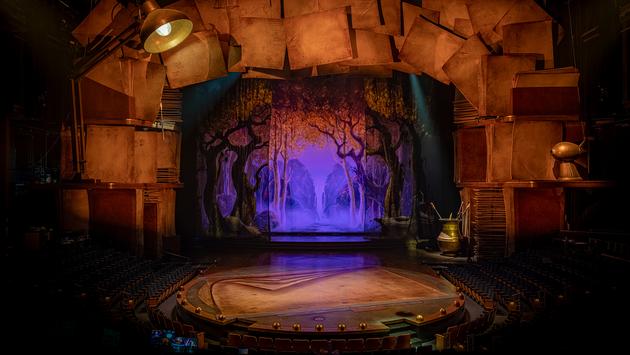 The acts embrace both the high-energy and mesmerizing talents of the Cirque du Soleil performers and the unique elements and technologies Disney Animation Studios and Walt Disney Imagineering have become known for.

“Our show uses new technologies and art forms to portray the innate physicality of animation,” says Michel Laprise, Show Writer & Director in a statement. “During a number of the acts, classic Disney animation sequences come alive via contemporary projections, complementing the spectacular feats of our acrobats.

During a first look at the show, a spirited Rhythmic Gymnastics routine and an Aerial Pole number were showcased. With the surprising costumes, stunning set design, amazing feats of acrobatics and exceptional storyline, this is one performance the whole family will love. 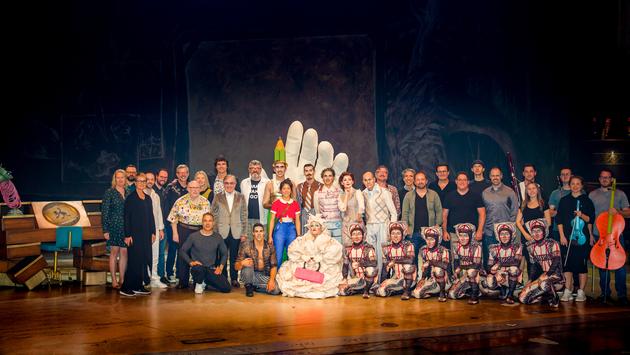 “Together Disney and Cirque du Soleil have created an incredible new family entertainment experience that is sure to awe audiences and touch the hearts of adults and children alike,” says Natalie Woodward, Vice President of Production for Disney Parks Live Entertainment said in a statement. “Our two organizations are rooted in artistry and share a passion for creating memorable experiences. That’s one reason Drawn to Life is a show that could only come from the creative minds of Disney and Cirque du Soleil.”

Tickets are already on sale for both the preliminary and regular performance shows at https://www.cirquedusoleil.com/drawn-to-life. The cast of 65 international artists is poised to perform two shows a day Tuesday through Saturday starting April 17, 2020.