We took a Eurostar then a train from Paris Gare de Bercy via Clermont Ferrand to Le Mont-Dore, a spa town at the source of the Dordogne river in the Massif Central. It’s certainly hidden France: we met no other Brits there earlier this month (February). There were only two runs open in this gem of a ski resort, so we walked through woods to an impressive waterfall – La Grande Cascade – along a path leading to the top of the ridge for a sunny picnic. We forwent watching the Six Nations in our lovely Airbnb flat to drink hot rum at a jolly buvette in the square and saw France beat England on its TV. We spent less than £1,000 on fares, flat, ski pass and food for a week.
Liz Little

Cycling and camping in the Vercors, near Grenoble 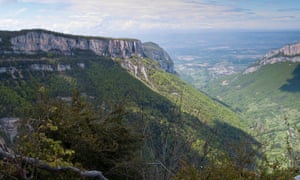 The Vercors is a French version of the Lost World, surrounded by vertical cliffs south-west of Grenoble. Those who make the 1,000-metre climb up one of the winding access roads are rewarded by deep gorges, limestone cliffs and alpine meadows. Simultaneously pastoral and rugged, it is an ideal area for a wide range of outdoor activities. One of the strongholds of the resistance during the second world war, it has a number of poignant memorial sites. I visited as part of a cross-France cycle tour and made the delightful camping municipal at La Chapelle-en-Vercors (pitch from €3, adult €5 each) my base for a rest day.
Steve Rock 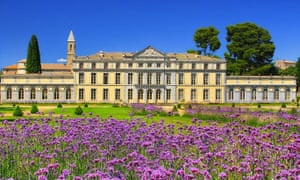 Just outside Carcassonne, lies the much less-known village of Pennautier. This unassuming spot is picture perfect, with narrow and winding streets in its tightly knit old town, hiding the true gem of the place, the Château de Pennautier. At this gorgeous 17th-century palace where Louis XIII once stayed, you can explore the beautiful grounds and even host events. Just over the river from the chateau and old town is a lovely traditional boulodrome (boules pitch) and a restaurant selling a wonderful selection of wines from the surrounding vineyards. It’s a perfect day out.
Maddy 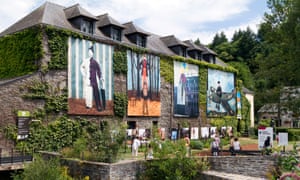 The flower-filled town of La Gacilly, 37 miles south-west of Rennes, is home to around 30 craft boutiques and a botanical garden founded by the plant-inspired cosmetics pioneer Yves Rocher, which is open all year, free entry, and with a great cafe alongside the picturesque River Aff. From June to September the place is taken over by France’s largest open-air photography festival, dedicated to nature and the planet, with giant images on building facades and panels throughout town. A lovely place to stay here is Le Clos du Tay (doubles from €62 B&B), ideal also for great food, riverside strolls, electric boats, picnics and entertaining the children with the owner’s farm animals.
Mary Wrenn 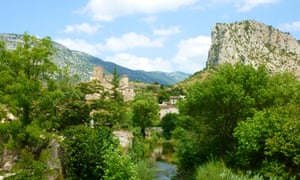 A bend on the spectacular descent down from Causse-de-la-Selle in the Hérault department, north of Montpellier, provides the first glimpse of Saint-Jean-de-Buèges nestled below a limstone bluff. From the village a path leads to a river crossing, past wild fig trees and clumps of savoury. It continues, following the river, through meadows of oregano and wild mint. Back in the village, Bar du Château has a shady terrace under towering plane trees. A plunge in a natural pool in the river, overhung with flowering plants, completes the day.
Yolande Locksley

Every week we ask our readers for recommendations from their travels. A selection of tips will be featured online and may appear in print, and the best entry each week (as chosen by Tom Hall of Lonely Planet) wins £200 towards a stay at one of 3,000-plus Sawday’s properties in the UK and Europe. To enter the latest competition visit the readers’ tips homepage 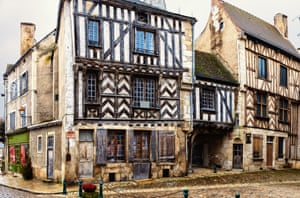 Noyers is two hours from Paris and the perfect break from the urge to race south. Ten minutes from the A26, its gorgeous 16th-century timbered buildings are a step back in history. Although small, the village is alive with restaurants, shops, cafes, a delicatessen and, quite uniquely, the sight of craftspeople and artists working away in their studios. From the main square you peer through the open windows of shop fronts and catch a glimpse of artisans toiling at the back. There are so few places left like this in the world – where you see real crafts people creating their goods and their love and pride in what they are doing is so evident. In the summer there are also live classical concerts in the streets often of international high-quality musicians.
Brendan Docherty 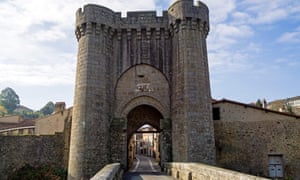 I play for a French chess team, and not long ago visited Parthenay near Poitiers for a tournament. Having some time between rounds I went for a wander. The town appears to be typical French modern: big supermarket, cheap hotels and bars. But then I walked further and discovered that there was a complete walled medieval village in the centre. I was totally astonished by the citadel area, views over battlements and the River Thouet, which curves around the town, and so many ancient houses. My UK neighbours recently visited on my advice and came back thanking us profusely, saying there was so much they didn’t know what to photograph. You won’t be disappointed.
John Reed 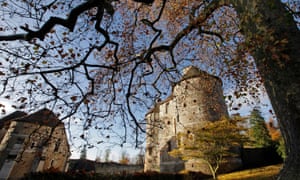 Where the calvados mansions end and wide, flat farmland begins, Haute Normandy (Eure) is a family-friendly area undisturbed by tourism. With the coastal gems of Deauville and Trouville-sur-Mer an hour away, the tranquil unpretentious villages lend themselves to bucolic ease. Hidden gems include a magnificent arboretum (€5/€2, reopens 1 March) in the pretty one-bakery one-bar town of Harcourt. With a dramatic and well preserved medieval castle on huge grounds dating back to 1150, no amount of children’s running around can dent the peace. The outstanding tree collection and use of natural materials makes it a wonderful and welcoming day out for all ages.
Tessa Gorman 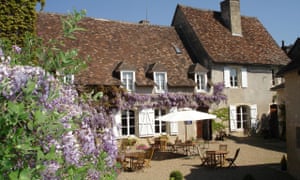 Relais du Lyon D’Or and the beautiful village of Angles-sur-l’Anglin together make a wonderfully romantic find. Angles is a gorgeous village with a riverside chateau, an old mill and ancient, unspoiled streets. The Lyon D’Or (doubles from €99 room only) is an old post house, offering hospitality for over 600 years. The rooms here are delightful and the restaurant offers fine, traditional French cuisine. The patron, Dominique, is from the St Emilion area and is a trained wine consultant. He has a great wealth of knowledge in local wines, which he sells from the hotel. It’s on the edge of La Brenne national park, and the flora and fauna are exceptional.
Robin Cooper 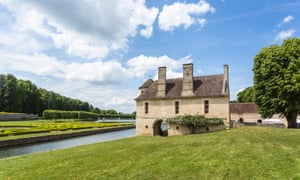 Surprisingly, there’s a lovely little-visited region less than 40 miles from Paris. We spent many a family weekend traversing the Vexin Français regional nature park, a stunning landscape of rolling hills, picturesque villages, castles and footpaths which is bypassed by most Parisians, let alone tourists, racing up the A13 to Normandy. The jewel in the crown is Villarceaux, which sports a magnificent 18th-century Louis XV-style chateau, a park and a fabulous 16th-century manor house backing on to shimmering lakes. The stunning water garden contains several unusual sculptures inspired by 18th-century farthingale skirts. And visiting is free.
Nigel Hamilton