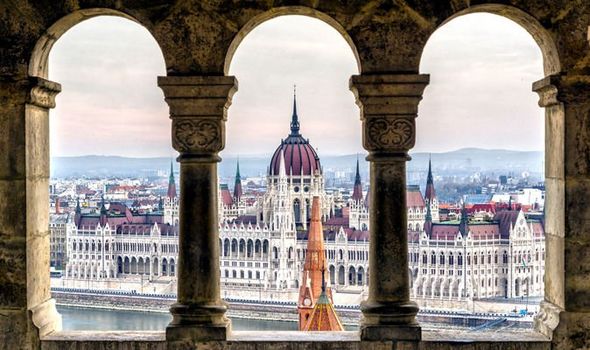 It is one of the most beautiful short city walks in Europe. Your eyes are fixed across the water at the marvels of Buda, steadily moving from one Baroque architectural masterpiece to another.

The experience lifts the spirit and stays long in your memory and at the heart of it is the magnificent old Buda Castle which was the Royal Palace of the Austro-Hungarian empire.

However, Budapest, with its rich 1,100-year history as the home of the Magyars and imperious buildings, is far more than just another Habsburg adventure and is an ideal place for a short break, whether that’s a long weekend or a whole week.

With numerous daily direct flights of three hours or less from Heathrow, Luton, Stansted, Gatwick, Manchester and Edinburgh, Budapest is straightforward to reach and fairly inexpensive.

Hungary is a country in love with its traditions and identity but it is keen both politically and economically to keep close ties with Britain post-Brexit and is very welcoming to British tourists as well as British businesses.

Once there, visitors can experience the sort of quality of hotels, restaurants and attractions you would expect at the higher end in London but at around half to two-thirds the price.

I stayed at the luxurious InterContinental Hotel on the banks of the Danube with a fantastic view of Buda Castle from my window. It was within easy walking or at least a short taxi distance from most of the attractions in the centre. 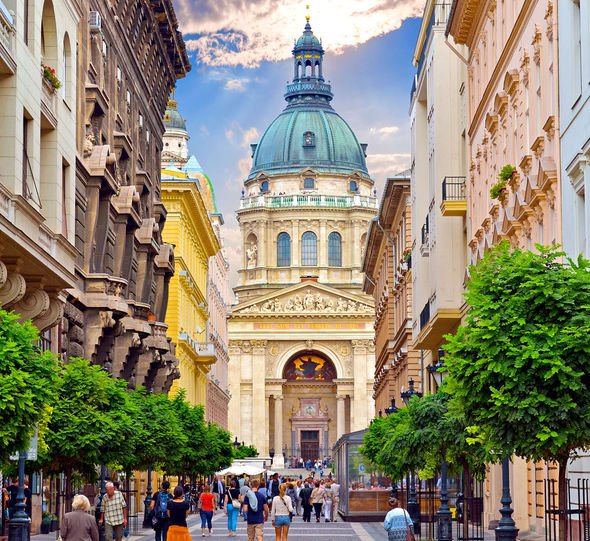 This is one of many high-quality hotels populating the banks of the great river and the city centre.

Another great hotel can be found in a building which represents Britain’s long links with this historic nation in the recently restored Gresham Palace – a stunning art deco building constructed in 1904 by the Gresham Life Assurance Company of London. The building itself represents one of the cultural triumphs of Hungary after throwing off Communist tyranny in 1989.

Visitors to Budapest, like me, in the 1990s were impressed by the Buda side of the river which had managed to mostly survive the ravages of war and communism, but the Pest side was a dismal sight.

However, the Pest half has been lovingly reconstructed and restored and Gresham Palace, reopened in 2004, is one of the better examples.

Inside it is one of the city’s best restaurants – the Four Seasons. 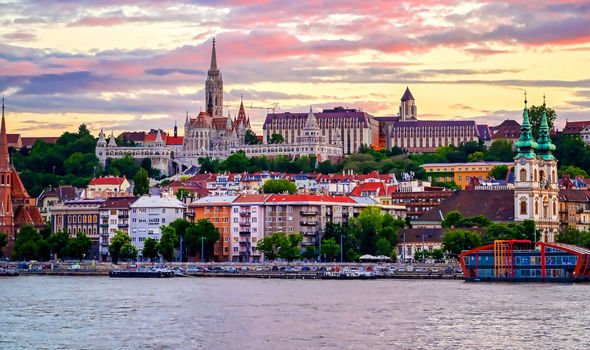 While it sells itself as a fusion of French and Hungarian cuisine, the quality of the food is better, and the prices are lower, than many quality restaurants in Britain – and the fish courses were exquisite.

When choosing wine, all the restaurants I went to had an in-house expert who can talk you through your choice. It is worth going local and trying Hungarian wine, particularly the fabulously strong-flavoured Bull’s Blood or the lighter Ipacs Szabo or the Syrah.

I also had a fantastic bottle of Hungarian chardonnay from the Etyeki Kúria Winery about 30 miles from Budapest. Diners should give in to the temptation of trying the dessert wine, often known as Tokaji. I had an excellent bottle of Szepsy Szamorodni which I later discovered is on sale in Selfridges.

Hungarian wine is not well known in Britain but compares strongly with most grape-growing nations in Europe. Budapest has an annual wine festival in September which is perhaps a good point to time a trip.

While there, it is worth sticking to Hungarian speciality foods. 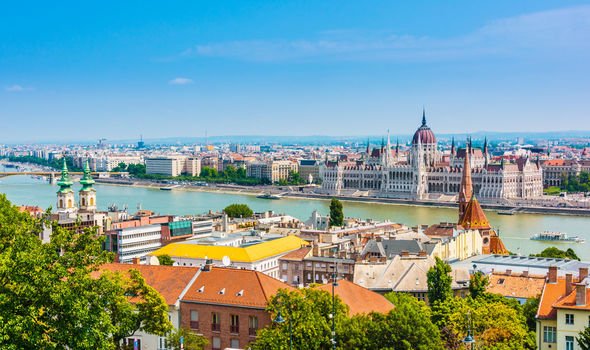 It helps if you like paprika but there are alternatives. I had superb meals at the recently opened Stand 25, 10 minutes walk from the castle, and Börze restaurant.

Goulash is the best-known Hungarian dish and often offered as a soup, but I had the spicy fish soup followed by red deer and a delightful cottage cheese-based pudding one evening.

The food is different enough to be interesting but it would still appeal to people with more conservative tastes.

There are many attractions in Budapest including the fantastical Parliament Building which was inspired by Westminster but is in much better condition. It was built to mark 1,000 years of Hungarian history in 1896, although it opened in 1902. As well as beautiful artwork the building is home to the ancient crown of Hungary with a bent cross, a symbol that is repeated across the city.

Nearby is a memorial to a dark chapter, with the 1956 museum devoted to the brave but failed first attempt to remove the communists. 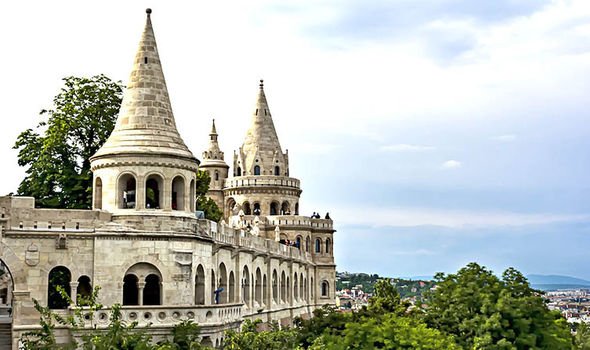 The Hungarian State Opera House and St Stephen’s Basilica are a delight for classical music buffs. In the festive season there are Christmas markets to peruse.

But one of the must-do things for any visitor to Budapest is the Gellert Thermal Bath. The complex was originally opened between 1912 and 1918 and comprises gorgeous art nouveau buildings – and you barely notice the slightly unsatisfactory post-war repairs.

More importantly, visitors can relax in saunas, warm and hot pools of varying temperatures and stylish cooling-off swimming pools inside and out.

This is not just a tourist attraction – it is very popular with Hungarians, with doctors sending patients there with aches, rheumatism and other conditions to try the waters for healing.

I can at least report that long-term pains I had suffered in my arm disappeared after an afternoon relaxing in the waters. 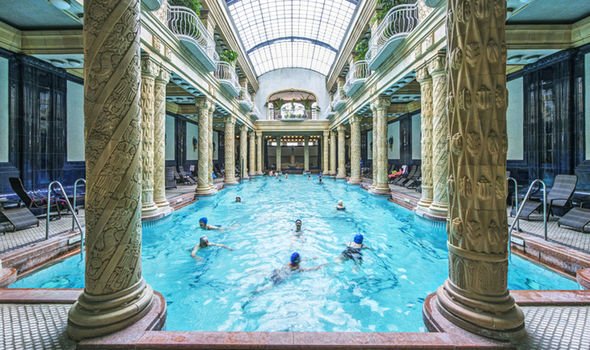 The outside hot pool on a winter’s day was quite something to experience, as was the 38C pool inside.

Most of the facilities are inside. The outdoor swimming pool is only open in the summer months.

Guests at the Gellert Hotel get a discount to use the baths, but they are very reasonably priced anyway (gellertbath.hu, from £16).

One word of warning for anyone planning a trip to Budapest: Hungary is not in the eurozone and it still uses its own currency, the forint, so make sure you take the right money.

For anyone looking for a sightseeing, cultural or relaxing city break at a stylish location with genuine history and memorable experiences, a long weekend in Budapest is highly recommended. 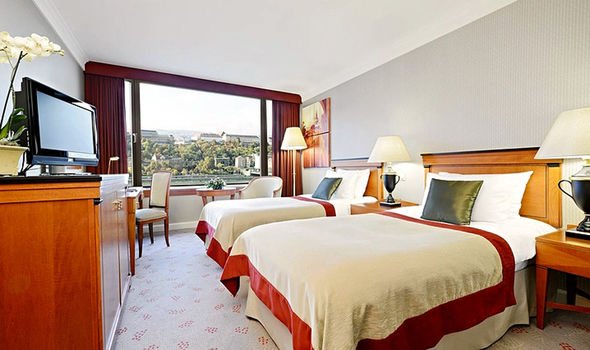 Rooms at the InterContinental hotel in Budapest start at £106 a night on room-only. ihg.com. More info at wowhungary.com