Stepping out into the mid-afternoon sun, our boots four inches deep in snow, the sky was silver blue and the air smelt sulphuric.

Iceland is not your everyday holiday destination. There are no golden sandy beaches, balmy summer evenings or champagne spray parties at nightclubs. Its uniquely startling landscape, however, offers the wildest thrills and the coolest ways to chill, as well as a pretty good chance to witness the Northern Lights, the celestial phenomenon that attracts thousands of tourists every year.

A geothermal hotspot, with a population of just 360,000, Iceland was formed on a magma pocket, a point on the Earth where the subterranean mantle is hotter and more active than the surrounding rock. As a result, the country’s residents can experience up to 500 earthquakes a week.

It’s this unpredictable rock formation that explains its distinctive and dramatic terrain, from magnificent glaciers to thundering waterfalls.

While most tourists tend to book into hotels in the small but lively capital city of Reykjavik, we opted for a self-catering stay in Borgarnes, a little town on a peninsular on the shore of the Borgarfjordour, a two-hour drive north from Keflavik airport. On our first morning, in bracing minus eight temperatures, we hit the road to Iceland’s biggest tourist stretch,The Golden Circle.

It has several stop-off points, where you can visit (mostly for free) some of the country’s most iconic landmarks. 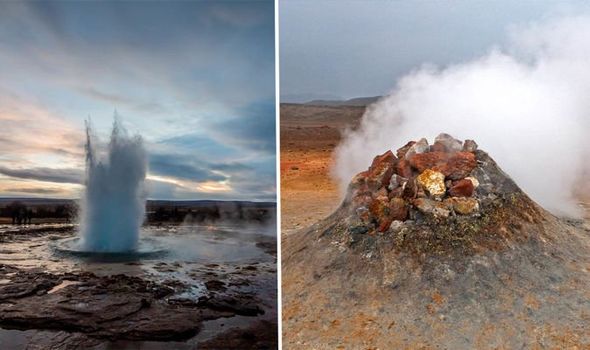 A good place to start is Thingvellir National Park, a geological sensation that sits between the North American and European tectonic plates, meaning you can (technically) straddle two continents.

Starting from a cute village church, we took the Oxararfoss Trail, which features locations of three scenes from Game Of Thrones season four, including the Bloody Gate, its rocky path leading to the Oxararfoss waterfall on the River Ax.

But the best was yet to come. Gullfoss Waterfall, in the canyon of the Hvita River, is one of the island’s most soul-stirring spectacles.A roaring two-tiered cascade dropping just over 100ft into a narrow canyon, Gullfoss translates as “golden waterfall”.

On sunny days, thousands of rainbows hover above it, a natural reaction with the clouds of spray fizzing from the falls.

Further along the Golden Circle tour is the Geysir Geothermal Field, plus dozens more hot pools that have been erupting since 1294.

The biggest geysers of Haukadalur are Strokkur and Geysir. Strokkur is dependable, erupting every five to 10 minutes and is crowded with visitors all day long hoping to catch it on camera. Eruptions last about 30 seconds and can be seen for miles. 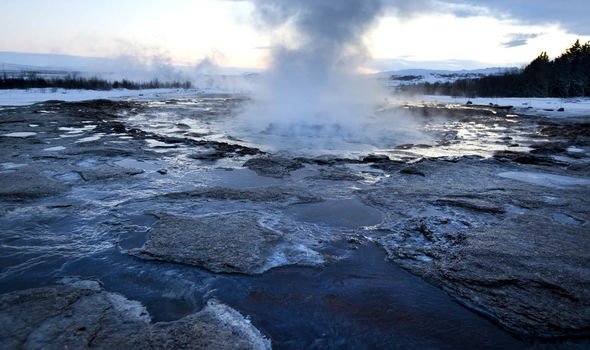 We then headed down to Reykjavik’s Perlan, also known as “The Pearl”. This futuristic-looking museum and restaurant with a revolving glass-dome roof, stands on top of Oskjuhlid Hill, offering panoramic views of the capital and it is also a hotspot for observing the Northern Lights, which can be seen on clear nights between August and April (perlan.is).

The site is built on top of six water tanks that together store 24 million litres of Reykjavik’s hot water. At night, the tanks are lit up by floodlights that illuminate the tower for the entire city to see.

Heated by geothermal activity, its tranquil waters are said to have skin-nourishing properties due to the white silica mud which lies beneath.

With the £38 basic admission fee, you get a towel, locker, face mask and a drink. 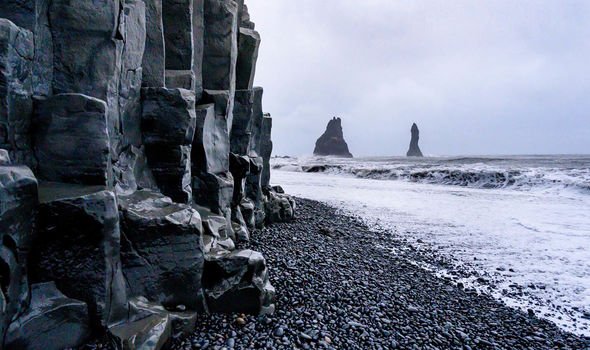 Or you can upgrade to the £54 premium package for an extra face mask, slippers, use of a bathrobe, restaurant reservation and glass of sparkling wine (bluelagoon.com/).

If you’re looking for something off the beaten track, the black sand beach of Reynisfjara is a sunset paradise on the south coast.

The road to reach it is just as hypnotic, passing several sleeping volcanoes and frozen waterfalls.

The beach itself is a geological phenomenon. The mysterious basalt columns, rising out of thrashing Atlantic waves, were once part of the shoreline’s cliffs and are now home to thousands of nesting sea birds.

But if you prefer, these peculiarlooking rock pillars are said to be petrified trolls, that were caught outside at sunrise and frozen in time.

Whatever you choose to believe, Iceland and its other-worldly sights are guaranteed to wow any visitor. 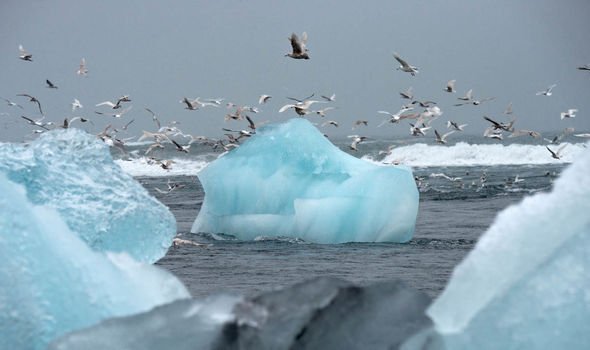 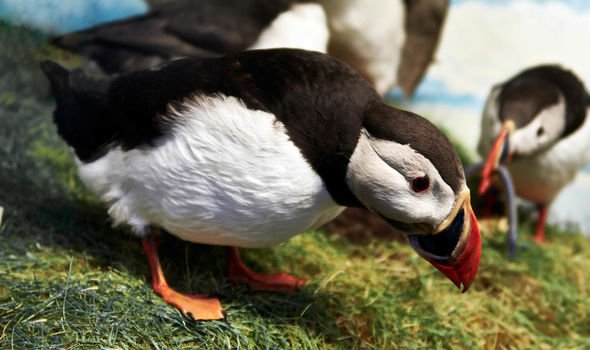 GETTING THERE: Icelandair has flights year round from Heathrow and Glasgow, from around £64 one way over summer and £165 over winter. It also offers excursions such as the Blue Lagoon from £75 per person. icelandair.com/en-gb.

Iceland is undeniably pricey, especially with the weak pound right now. Save on day trips by hiring a car. A 4×4 is best for the snowy terrain on visits from late autumn through the winter to early spring.

• Walking/hiking boots are an essential all year round. Pack flip-flops if you’re heading to the hot springs.

• The Blue Lagoon is world-famous but there are many more hot springs that offer the same experience for half the price.

• Don’t forget your thermals – they’ll come in handy for the sub-zero temperatures.

• In winter, the sun rises as late as 11am so you’ll be heading out in the dark if you want an early start.