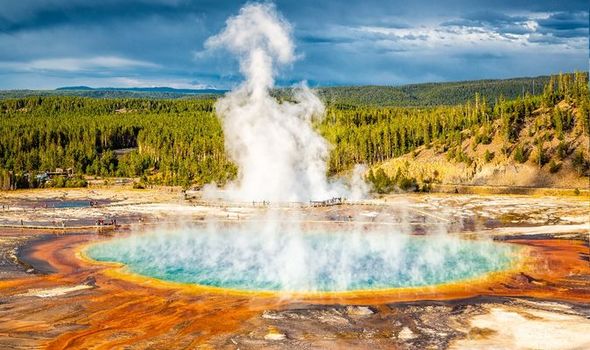 It’s fitting that the world’s first national park, designated way back in 1872, is all about ancient geothermal energy, particularly in the form of Old Faithful, the geyser which has been keeping visitors entertained for decades by shooting up to 38,000 litres of boiling water into the air.

In fact,Yellowstone possesses almost 60 per cent of the world’s geysers, and the Upper Geyser Basin is home to the largest number, many of them painted in lurid blues, oranges and reds by all that mineral activity.

Then there’s the likes of Grand Prismatic Spring,Yellowstone’s largest, which reaches a blistering 160 degrees Fahrenheit.And Boiling River, which despite the name is ideal for soaking. If all that is not enough, then there’s the wildlife of Yellowstone, particularly the famous wolves.

As its history of tsunamis and earthquakes demonstrates, Japan is one of the most volcanic nations in the world.The geothermal activity associated with a life lived balanced on top of crunching tectonic plates has given birth to a culture of hot spring baths, even famously enjoyed by snow monkeys in Joshinetsu Kogen National Park in Nagano. Go: Inside Japan’s (insidejapantours.com) 13-night Classic Japan small group tour will have you basking in a hot spring by Mount Fuji before you can say “sake”. From £3,895pp, including accommodation, guide, activities and transport. Excludes flights. 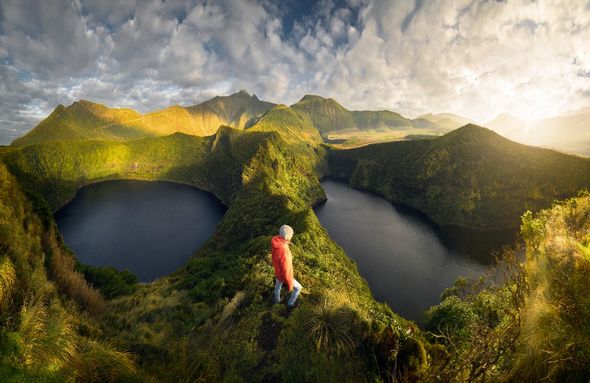 The country with the highest number of active volcanoes in the world (76 at the last count) is also a place of great fertility and richness in both culture and landscape.The contrast, for example, between the stark beauty of Java’s dormant Mount Bromo, usually climbed at dawn for the sunrise on the crater, and the rainforest-framed rice terracing of the island of Bali, next door, couldn’t be more magical.And while Bromo has its magnificent, multi-layered 9th century Buddhist temple Borobudur, Bali has as many Hindu temple festivals as there are days in the year. Go: Turquoise Holidays (turquoiseholidays.co.uk) offer a Java, Borobudur,Volcanoes and Bali Beach itinerary. Ten days from £2,925pp including accommodation and flights.

The American archipelago that rises out of the middle of the Pacific is much loved by honeymooners and holidaymakers for its palm-fringed beaches. Its people are famous for their sunny outlook on life, and its colours and culture are a gift for film studios such as Disney.

With all that going on, it is easy to overlook some of the most unique landscapes in the world, much of which are preserved in the HawaiiVolcanoes National Park.

Situated on Big Island, the park is made up of five volcanoes, of which Kilauea and Mauna Loa dominate the landscape, both still active.Visitors can follow trails passing steam vents and lava and drive around the crater rim of Mauna Loa. 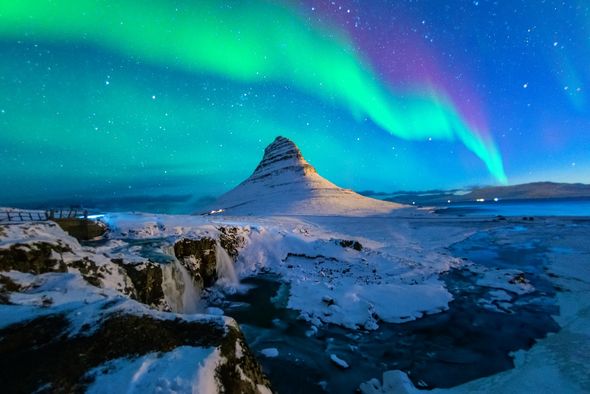 Part spa, part cultural centre for Maori traditions, Rotorua, in the northern part of North Island, is an essential stopover on any tour of New Zealand.

crat ER out lunar in The town itself sits in the remains of a giant crater, its main geothermal features are geysers and colourful bubbling mud pools in which you can soak your feet, and it is surrounded by 17 lakes, ideal for watersports.

Our closest, most familiar volcanic landscape is known primarily as a winter sun destination, and only secondarily as a place to get lost in lava tubes.

Many a visitor, hungry for a seaside with blue skies, will barely notice the island’s wizened, lunar interior, with its cuboid houses and its pockmarking of Zocos, dewcollecting minicraters in which vines grow.

The most recent volcanic activity here is over 250 years old, but the Timanfaya National Park still has fire pits that demonstrate heat just under the surface, and the rictus sea of solidified lava in the malpais or Badlands is as sharp and tormented as if it was made yesterday. Go: WalksWorldwide’s short break to the unspoilt north, and the Parque Natural de LosVolcanoes, includes La Corona and the Famara cliffs. Three days’ guided trekking, with flights and accommodation, from £729pp, walksworldwide.com.

Geothermal lakes, magma chambers, hot springs, geysers and around 130 volcanoes: yes, it’s Iceland, that spectacular island that is so often used as a film set.

There’s so much raw energy here it heats the main city, Reykjavik, although it is not always a force for good: back in 2010 a gigantic ash cloud created by Eyjafjallajökull volcano virtually brought all air traffic to a standstill.

There’s a Lava Centre in Hvolsvollur where guests can learn all about eruptions and earthquakes, and a Lava Show in Vik which simulates real flowing lava. Go: Check landscape Lanzarote Wherever you go, expect a moody lavascape of black sand beaches and bubbling mud pools. Go: Discover the World’s (discover-the-world.com) five-night volcanic Explorer tour, including accommodation, breakfast and car hire, excluding flights, costs from £646pp.

If you were to transplant Iceland into warmer climes and drench it in sunlight, then there’s a good chance it’d end up looking like these Portuguese islands: steep and green, with vast craters housing gleaming lakes, hot mineral springs and lush rolling valleys.

Volcanic ash is incredibly fertile stuff, and the island’s flora is fabulously fecund as a result.

The Azores sit astride tectonic plates, which explains all the volcanic action, although it is the central group (Faial, Pico, Sao Jorge, Graciosa and Terceira) which look and feel the most volcanic.

Capelinhos on Faial is the location of the most recent volcanic eruption, back in 1957, and it has an almost lunar landscape, with one of the largest craters in the archipelago. Go: Sunvil’s (sunvil.co.uk) self-guided Walking Inside Volcanoes itinerary is based on Sao Miguel, taking in areas of geological interest, but can be extended to other islands with volcanic points of interest. From £1,146pp for seven nights, with accommodation and breakfast, excluding flights.