In The Real Crown Jewels of England, Clive Aslet explores 100 places, landscapes, buildings and special aspects of nature – each one a winner. Here are our picks of the architectural gems. HADRIAN’S WALL: When the wall was built, the Roman Empire covered most of the known world, stretching from the North of England to what is today Iraq. The imperial challenge was to organise and consolidate within its borders. Hadrian’s Wall was an emphatic full stop; on one side lay the organisation and prosperity of the Empire, on the other side Barbarian chaos. As a feat of construction it was – and remains – awesome.

It has decayed, of course; there are now only a couple of hundred yards, at Housesteads in Northumberland, that you can actually walk along.

The appearance of imperturbable massiveness masks a complex, delicate hidden life. The most astonishing finds are a few dozen little slivers of smooth wood, used in the manner of papyrus. They still bear traces of the original ink.

Tablets, first excavated in the early 1970s at Vindolanda, a fort originally used during the conquest of Britain and whose earliest phases pre-date Hadrian’s Wall, reveal many details of ordinary life, including the previously unknown fact that the soldiers wore underpants.

What more secrets does the wall have to reveal?

Sir Edwin Landseer Lutyens was one of the greatest British architects, building country houses, memorials, the Cenotaph, as well as a palace for the Viceroy of India at New Delhi. 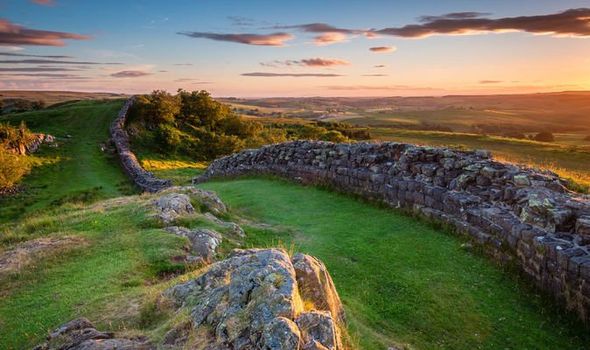 Having opened his first office at 19, he was practically a child prodigy. As a result, he produced an amazing volume of work of all kinds; no British architect can boast such variety.

Goddards, at Abinger Common, is one of the country houses from his early career. Everything Lutyens and his mentor, Gertrude Jekyll, who designed the gardens, loved can be seen. Goddards is owned by the Lutyens Trust and it is leased by the Landmark Trust, meaning people can stay there.

Lutyens was originally approached in 1898 by Sir Frederick Mirrielees to build a holiday home for a charity providing holidays for “nurses from hospitals, ladies of small means, East End workers exhausted by care for others”. In 1910, it became a weekend home for Sir Frederick’s son, Donald, and his American wife.

The Banqueting House on Whitehall is the greatest surviving work of Inigo Jones, drenched in memories of the Stuart court of the early 17th century.

The Stuarts were not distinguished for their administrative competence but Charles I loved the arts, particularly the esoteric theatrical genre known as the masque. 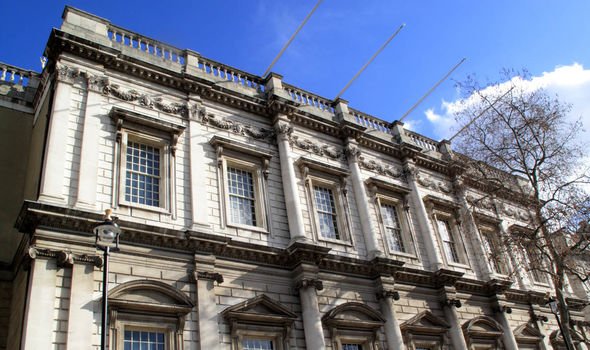 The Banqueting House, replacing another that had burnt down in 1619, was constructed for the staging of masques. Jones created a festive structure and Charles I commissioned a ceiling for the main space from the artist Rubens.

The King’s hopes of rebuilding Whitehall Palace completely were dashed by the chaotic finances of his regime, but the fragment of his vision that we have in the Banqueting House is a marvel.

The object of the masque was to demonstrate the virtues of the monarch. With its arcane symbolism, it reflected the court’s growing insularity.

Symbolism would also lie heavy over the Banqueting House when, in 1649, Charles I was marched there to kneel before the executioner’s block. It took only one blow for the axe to do its job.

Seat of learning, boom town in our knowledge-based economy, focus of intellectual debate during the Victorian period, place of dreaming spires so freighted with fictional depictions – many Oxford buildings are first-rate and primus inter pares is the Radcliffe Camera.

This grand building, primarily a dome on a circular base of coupled columns, a reinterpretation on a bigger scale of Donato Bramante’s Tempietto in Rome, can be seen from practically everywhere in the city.

The rotunda deserves the prominence it commands, for it is a masterpiece, entirely suited to its location, a library both magisterial and magnificent. Architect James Gibbs’s friend Handel wrote music for the opening in 1749.

Dr John Radcliffe, who left money for the building in his will, had a chequered relationship with the university. Expelled from his fellowship, he became a physician. As doctor to the Royal Family, he famously told William III: “I would not have your Majesty’s legs for three kingdoms!”

Architect Sir John Soane turned his house into a museum, to be preserved, under the trust he created, exactly as it was after his death in 1837. The house is not merely a showcase for paintings, sculptures and antiquities but for Soane’s imagination. 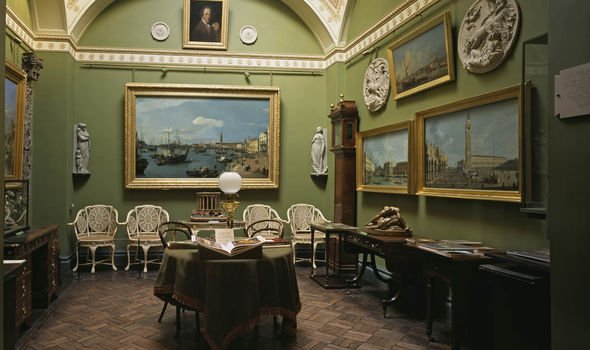 It is a world of architectural drama, where the relatively confined space provided by two adjacent London houses was fretted over and obsessively altered by Soane to create extraordinary spatial effects: grand, astounding, even vertiginous, despite their small scale.

Among the artworks he bought were Hogarth’s series A Rake’s Progress and An Election. But perhaps his greatest coup was the acquisition of the newly discovered sarcophagus of Seti I, rejected by the British Museum because the £2,000 price was too high.

A supreme example of the English Palladian style, Holkham Hall is more palace than country house. It was designed by the First Earl of Leicester in partnership with architect William Kent and local man Matthew Brettingham the Elder as executive architect.

Faced in yellow brick, Holkham takes the form of a central block, surrounded at each corner by pavilions. The Marble Hall (actually alabaster) is entered at a level lower than the colonnade. Overhead curves a coffered ceiling; even today the effect is sensational: immense and imposing but also flamboyant and festive.

A well was sunk and a horse walked around a circular track to operate the pump that drew water for the many water closets and bathrooms. The family wing’s bathroom had a mahogany bath tub. 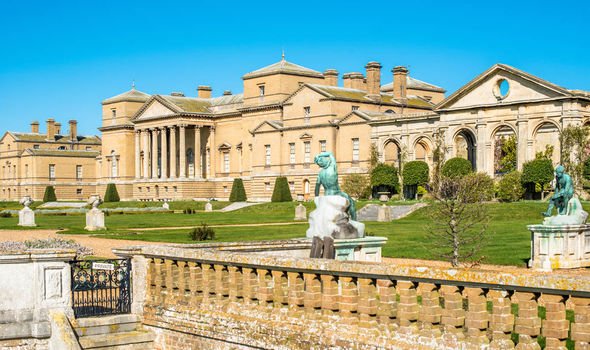 Named after the Duke of Somerset, Lord Protector of England, who ran the country from 1547 to 1549 for the boy king Edward VI, his house on the Thames was one of a string of palaces, built originally by bishops.

By the mid-18th century, Somerset House had become a place of ghosts, so Sir William Chambers was commissioned to convert the site into a different kind of palace, for civil servants.

Among the occupants were The Navy Office – it was here, to the Seamen’s Hall, that the officers of Nelson’s Navy came to discover which ships had been assigned to them.

On the Strand, the narrow facade was inspired by the Hotel des Monnaies in Paris; people entered – as they still do – beneath a supremely elegant vestibule of paired columns and vaults.

Eventually a time came when the civil servants were expelled. In place of cars came cafes, fountains, a winter skating rink for Somerset House is now run as a trust for the working arts – home not only to The Courtauld Institute of Art and its Gallery but to artists, creative organisations and the British Fashion Council.