Virgin Australia is slashing the fleet of its Tigerair budget airline and cutting back on flights to reduce costs amid falling demand caused by coronavirus.

The airline is seeing cancellations and dwindling demand as the coronavirus outbreak spreads and says this will hit earnings by $50 million to $75 million in the second half.

The update came as it posted a $88.6 million net loss in the first half of FY20 compared to a net profit of $73.8 million, after buying all of its profitable Velocity Frequent Flyer program, writing off assets and paying for workforce reductions.

Virgin Australia group chief executive Paul Scurrah said revenue and passenger numbers grew in the half year but the group is still in the early stages of transitioning the business to a lower cost base. 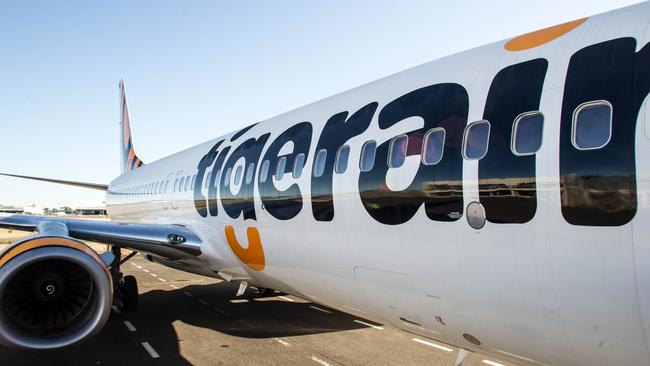 It is on track to have 400 jobs gone by the end of March, and 750 by the end of the year as Virgin beds down a new structure to save $75 million a year.

“There’s further work to do on costs and we will continue to review the network and our capacity in line with demand,” Mr Scurrah said.

Tigerair will exit five routes – the Sydney to Adelaide, Cairns and Coffs Harbour routes; its Melbourne to Coffs Harbour flights, and its Hobart to the Gold Coast route.

Virgin Australia, however, will still launch a Brisbane to Tokyo flight in March.

In the meantime, seven Tigerair A32O aircraft will cease flying by October 2020, in addition to five planes already announced in November 2019. Virgin had already flagged a withdrawal from the Sydney-Hong Kong route from March after the tricky market was worsened by prolonged civil unrest and the coronavirus outbreak.

R ELATED: How the global flight review will impact passengers 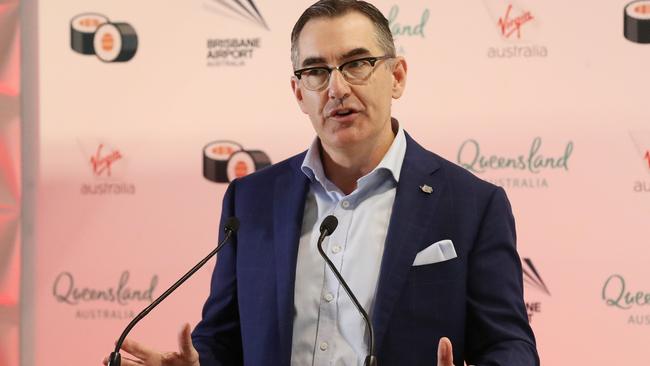 Further route and frequency changes will result in a group capacity reduction of three per cent by the end of FY20, as part of its focus on improving profitability and cashflow, Virgin said.

There will be no new planes until July 2021 due to the deferral of the Boeing 737 MAX.

Virgin Australia posted a first half revenue of $3.118 billion for its first half compared to $3.07 billion in the prior corresponding period.

Just last week, Qantas announced flights to Asia will be cut by 16 per cent until May at least, impacting flights to mainland China, Hong Kong and Singapore.

At the same time, Jetstar will cut its capacity to Asia by 14 per cent, affecting flights to Japan and Thailand.

Domestic services will also be reduced in response to weaker demand due to the coronavirus outbreak.

RELATED: How did it all go so wrong for Virgin Australia 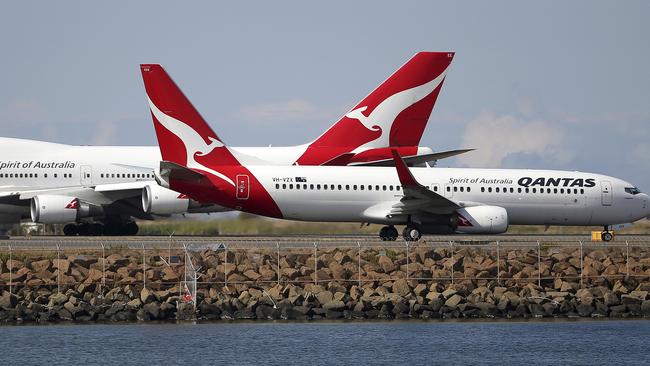 Qantas estimates reduced travel due to coronavirus will slice between $100 million and $150 million from its earnings this year. Picture: AP Photo/Rick Rycroft, File.Source:AP

Qantas estimates reduced travel due to coronavirus will slice between $100 million and $150 million from its earnings this year, although it said that would be softened by lower fuel prices.

Qantas announced the flight cuts as it reported a statutory half-year profit of $445 million for the six months to December, which was down 4 per cent on the same period last year.

Qantas and Jetstar flights between Australia and New Zealand will be cut by about 5 per cent and domestic services will be cut by 2.3 per cent for the second half of the financial year, due to “domestic demand weakness”.

Routes to the United States and the United Kingdom will not be affected.