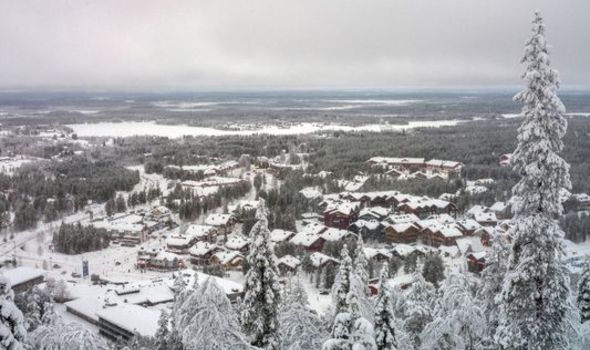 But I guess when you are four years old it can be daunting to come face to face with the person who can make or break your festive dreams – particularly if your grandma has been using the threat of Santa’s naughty list for weeks in order to shoehorn broccoli into you. Anticipation levels were already sky-high when we touched down in snowy Kuusamo, 500 miles north of Finland’s capital, Helsinki.

Our three-and-a-half hour flight from Gatwick had taken off at 6am, but don’t for a moment imagine that the early start would make for a subdued journey.

The carolling cabin crew in festive fancy dress had decked the plane in tinsel. And between safety announcements and serving breakfast they spent the time starting singalongs and compering joke competitions over the Tannoy.

By contrast, the 15-minute journey to our hotel, Holiday Club Kuusamo, was entirely silent, as dozens of families gazed out of the coach windows in wonder. It has only snowed in our part of Surrey once since Freddie was born and that light dusting paled into insignificance when compared with the deep drifts and spectacular, snowy pine forests of northern Finland.

Before the fun could begin, we first needed to get kitted out for the chilly adventures ahead. Handily, everything from snoods and gloves to snow suits and boots were provided, meaning we had travelled surprisingly light.

Thoroughly layered up, Freddie and I borrowed a sledge from reception before heading out to explore our surroundings and mark our territory with a host of snow angels. 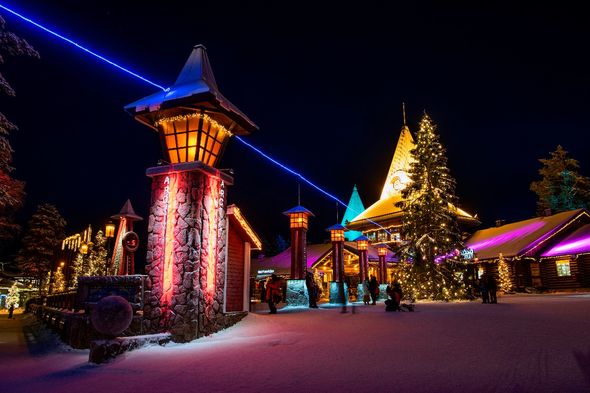 The sun rose at around 10.30am and set at 1.30pm during our stay in late December, so by mid-afternoon we were defrosting in the hotel’s swimming pool. The water was a balmy 32C, making time riding the slide and wallowing under the waterfalls totally tropical.

Once suitably pruney of fingers, we headed to the hotel’s brilliant Angry Birds Activity Park. The indoor play zone is packed with go-karts, climbing walls, trampolines and tunnels. It was the perfect place for younger kids to run off some energy after dark.

Day two was all about Elf School. Or it would have been if, as a member of TUI staff confided, there hadn’t been an issue with the elves – they just didn’t have enough. We were assured there was a new consignment of Santa’s little helpers arriving from the North Pole in time for the next planeload of visitors, but in the meantime the morning had been hastily renamed a “taster session”.

It was an ideal introduction to winter fun. Huskies whizzed us around a frozen lake (pooping rather than jingling all the way, much to my pre-schooler’s amusement) before we boarded a skidoo “train” to journey to a picture-perfect log cabin, feed Rudolph and his mates on moss, toast marshmallows and sled down a small hill at high speed.

Freddie declared the whole morning the best fun he had ever had. I can neither confirm nor deny I opted to have a shot of Baileys added to my pre-lunch hot choc to help me warm up. 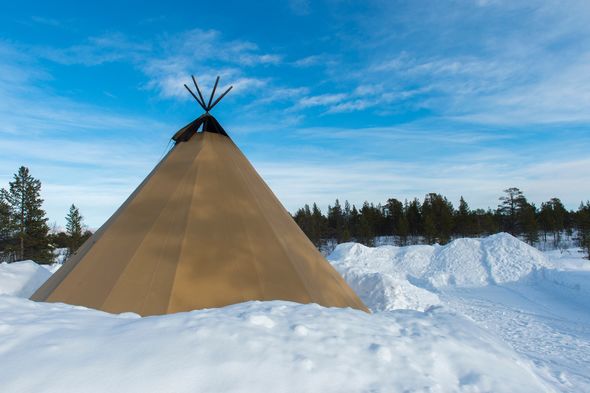 Fast forward to day three and we found ourselves 10 miles from the Russian border, where I was undergoing a KGB-level grilling.

Families gazed of the coach windows in we had arrived at Santa’s Secret Cottage for our rendezvous with Mr Claus and while every other child sat in rapt silence, listening to magical tales of life at the North Pole, Freddie had a lot of questions. Why did Father Christmas have a grey beard? A Finnish accent? Humansized elves? I’m still not sure I had any of the right answers.

He was finally tempted out of his hiding spot when he realised that the reward for sitting on Santa’s knee was a large, gold foil-wrapped gift. He definitely wasn’t missing out on one of those.

Our last night in Lapland, the festive finale, was billed as a Scandinavia traditional Christmas dinner, but not as you know it. We drove out to a stunning log cabin where we were met by a roaring fire and a tuneful tour rep working his way through every Christmas hit from Sinatra to Slade and East 17.

While the meal was less “roast with all the trimmings” and more Bernard Matthews and Smash, all was forgiven when we trooped out into the night for the fireworks. 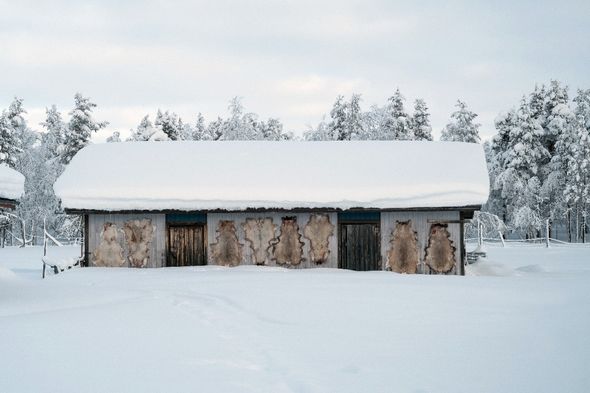 Standing in the pitch black, we had no idea what our surroundings looked like.

Then the bangs began, each one illuminating the sky to reveal the most idyllic winter wonderland in front of us; an immense frozen lake, seemingly endless forests and acres of virgin snow – just waiting for someone to dive in to make one final snow angel before heading home.

Covid measures will be in place for Christmas 2020 trips, including social distancing and screens at Santa meetings.

TUI offers three nights on B&B at the three-star+ Holiday Club Kuusamo in Finnish Lapland from £709 per person, price based on two adults and one child sharing and flying from Gatwick on December 6 with transfers; Manchester departures also available.

Customers can amend to Christmas 2021 dates by November 10 if they prefer. tui.co.uk