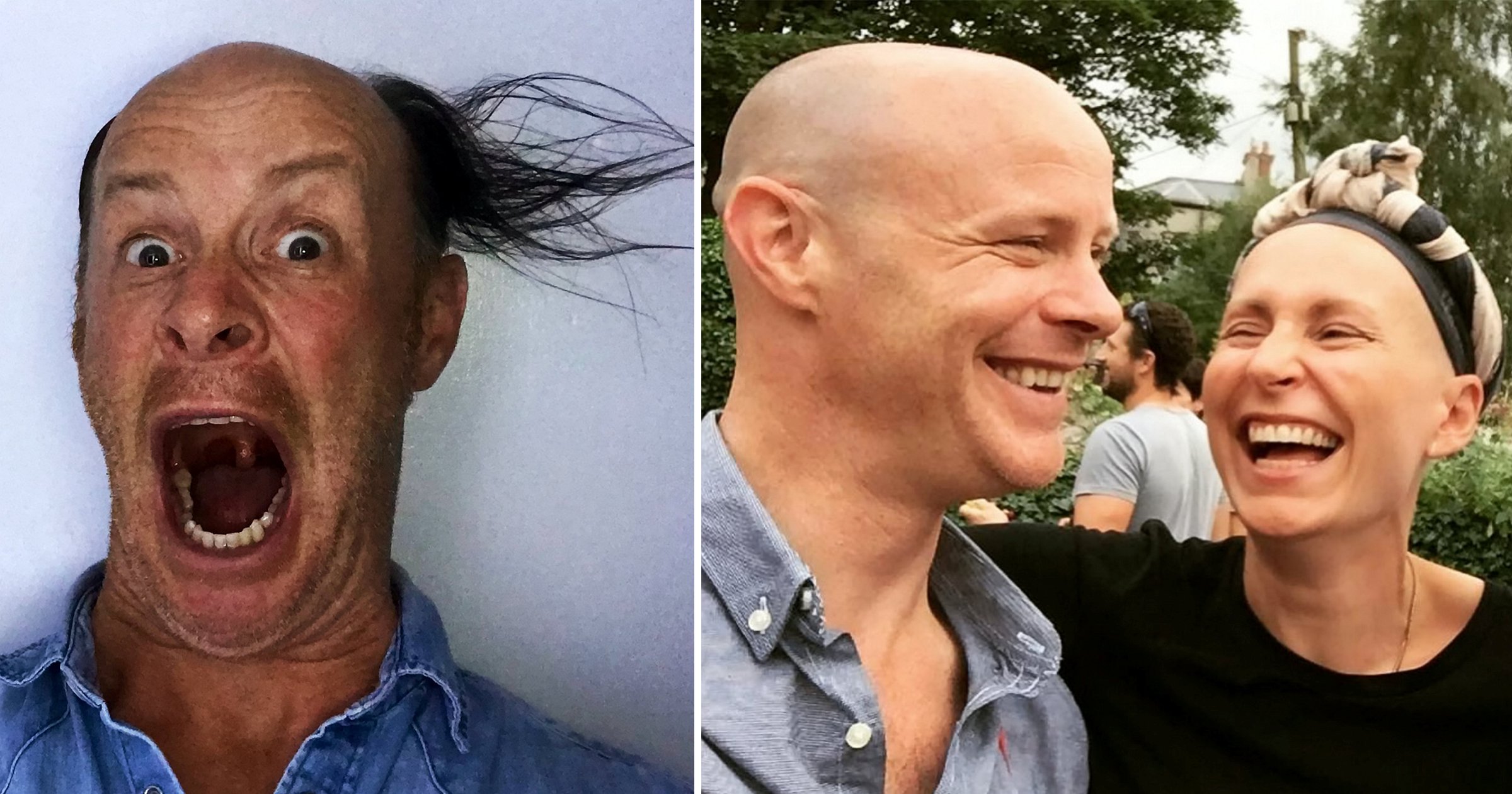 Fred Murray has been growing a comb-over for charity to honour his beloved friend who died from cancer.

Fred, buspar epocrates from Dublin, says: ‘My inspiration was a friend of mine called Fiona Cribbon, who was diagnosed with breast cancer probably ten years ago.

‘She celebrated her 39th birthday not knowing if she would make it to 40, but ultimately made it to 41 in the end, when she lost her fight with her cancer.

‘I was on holiday at the time in Greece, and I had a dream and was thinking about her the next day, so I decided that maybe I should try and do something.’

The graphic designer decided to ‘one up’ the popular Movember charity efforts by growing what he describes as the ‘worst’ hairstyle he could manage.

He adds: ‘It was coming up to November and obviously, with Movember, I was thinking about what I could do. The problem was Movember has been around for so long I felt I’d have been lucky to raise two hundred euros.

‘I started thinking about what could really spark people’s imagination – Movember is great, of course, but it’s been around a long time now.

‘Being a bald man, I can’t really grow that much hair, so I thought a comb-over would be pretty bad – no relatively young man grows a comb-over.’

Fred now has a 19.5cm comb-over from the left side of his head – but still aims to grow more.

He adds that, because of various lockdowns, it’s been relatively easy to keep the style going.

‘Because of lockdown I never really left Dublin, so my background was always the same in my bathroom. I have it kind of set up to keep the pictures consistent,’ he continues.

‘I lost my hair when I was about 24, and so I noticed when I started to grow it that my hair is super thin and brittle – it’s very weak.’

He adds: ‘It’s winter so it’s cold, so I tend to wear a hat anyway, but when I’m sitting down in a pub or indoors I tend to take it off for everyone to see.

‘You get people kind of looking at you, but I’ve never had anyone ask me what’s going on with my hair.

‘I did go on one date while I had the comb-over, but it was during lockdown so thankfully we met up for a walk outside so I didn’t have to take off my hat.’

He hopes to keep it going until spring, to reach his target and hit the two-year milestone.

Fred is also planning to cycle from the north to the south of Ireland (a route that resembles a comb-over itself) in two days, covering around 540km, as a last push for funding.

His fundraising page can be found at gofundme.com