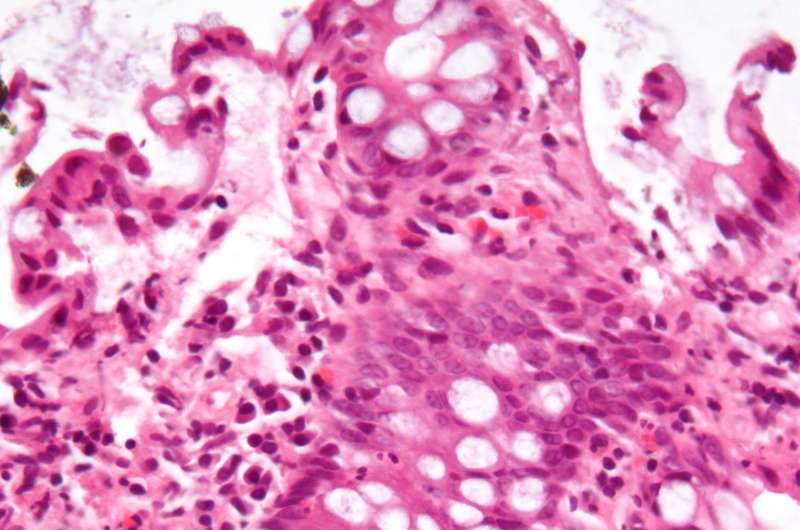 Why people suffer from chronic inflammatory bowel diseases (IBD) such as ulcerative colitis is only partially understood. However, it is known that the bacteria of the intestinal flora and dysfunction in the immune system play an important role. In patients with IBD, an increased number of cells in the intestinal wall, known as epithelial cells, die. Bacteria then pass from the interior of the intestine into the damaged intestinal wall, causing inflammation and further cell death. The epithelial barrier, the barrier between the intestinal contents and the intestinal wall also becomes more permeable. With increasing cell death, the disease also progresses as more bacteria settle in the damaged intestinal wall—a vicious circle. A research team led by Prof. Dr. Christoph Becker from FAU has now found a mechanism that could prevent cell death, break the vicious circle and potentially be used as a therapy for inflammatory bowel diseases. The results have now been published in the journal Nature Cell Biology.

In recent years, the researchers have already shown that the incorrect regulation of necroptosis leads to cell death and thus to holes in the intestinal barrier. Prostaglandin E2 prevents this by binding to EP4 receptors on the epithelial cells. The more of these receptors are activated, the fewer cells die, according to the FAU team from the Department of Medicine 1—Gastroenterology, Pneumology and Endocrinology—at Universitätsklinikum Erlangen. Patients with high levels of EP4 on the cell surface show a milder course of disease than patients with low levels of EP4.