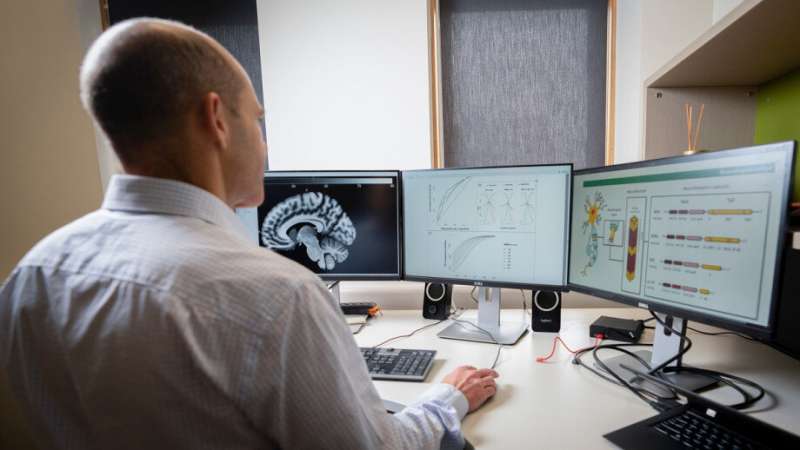 Australians living with mild cognitive impairment (MCI) could know five years in advance whether they are at high risk of developing Alzheimer’s disease—the most common form of dementia—according to new research from The Australian National University (ANU).

Until now, experts did not have a practical way of linking a patient’s deteriorating brain health and the likelihood of them getting Alzheimer’s disease.

The ANU team’s research is the first to examine data of patients with MCI and accurately predict whether they are at risk of developing Alzheimer’s up to five years prior to a potential diagnosis. The prediction uses simple measures that do not require a hospital visit.

“We have the ability to see into the future and estimate whether they are at low, moderate or high risk,” Professor Nicolas Cherbuin, head of the ANU Centre for Research on Ageing, Health and Wellbeing, nexium and yeast infections said.

Cherbuin says it’s possible to reduce our risk of dementia by promoting a healthy diet, exercising more and decreasing other modifiable factors.

“Knowing whether someone is at risk of developing Alzheimer’s five years in the future is really positive in terms of being able to improve health outcomes for patients by giving them the best advice as early as possible,” he said.

Cathy Ryan is a dementia advocate and said knowing whether her dad was at high risk of developing Alzheimer’s disease years in advance would have been significant for him and their family in terms of planning for the future and processing what was to come.

“After putting my dad through some rigorous tests and an MRI of his brain, the diagnosis was that he ‘had MCI but had recently crossed the line over to Alzheimer’s disease’,” she said.

“We were fortunate to get a fairly early diagnosis from a specialist, but I often wonder what might have played out if that diagnosis had happened earlier.

“I believe this research is vital to improving our understanding of what MCI is because there is a real lack of awareness and knowledge about this condition and how it can potentially lead to Alzheimer’s.”

It’s hoped the findings will help medical experts provide tailored advice to their patients based on their risk level of developing the disease.

“This gives patients more time to plan for their future, get their affairs in order and talk to family members about how best to move forward,” Cherbuin said.

The team used the blood biomarker called plasma neurofilament light chain (pNFL) – a type of reading that measures fragments of dying neurons from the brain that have trickled into the bloodstream—along with the patients’ Mini-Mental State Examination scores to predict the likelihood of a person’s chances of progressing from MCI to Alzheimer’s.

The blood sample is taken by needle, and is less invasive and more accessible than other diagnostic procedures such as Positron Emission Tomography (PET) scans.

Cherbuin hopes pNFL measurements will become more widely used in the healthcare sector to provide a more comfortable experience for patients throughout the diagnostic stage.