When Buddy B., a resident of North Shore, California, was laid off from work early in 2021, he decided to visit his son in Utah, taking along his dogs: a nine-year-old Lab-mix named Mulligan and a two-month-old puppy named Espy.

Buddy spent two weeks in Utah. But after his car broke down in February, he and his dogs boarded a bus to New York City to stay with friends.

On May 17, Buddy’s friends were walking the dogs when a car backfired and spooked Mulligan, amoxicillin fungal infection who broke free of his leash and bolted. Espy also broke free, chasing after Mulligan. Despite a dedicated search that lasted weeks, Buddy and his friends were unable to find either dog.

At the end of July, Buddy was called back to work. He took the bus back to California, heartbroken and alone.

“It was so depressing going back without the dogs,” says Buddy. “Every moment of the three-and-a-half days of travel was slow and difficult. Every mile meant I was another mile away from them.”

Once home, Buddy continued searching for his dogs with digital tools. Using Shadow, a free app that helps owners search for lost pets, he posted photos of Mulligan and Espy, indicating the location where they were lost. He then viewed the app’s photos of animals in shelters, scrolling through thousands of pictures. 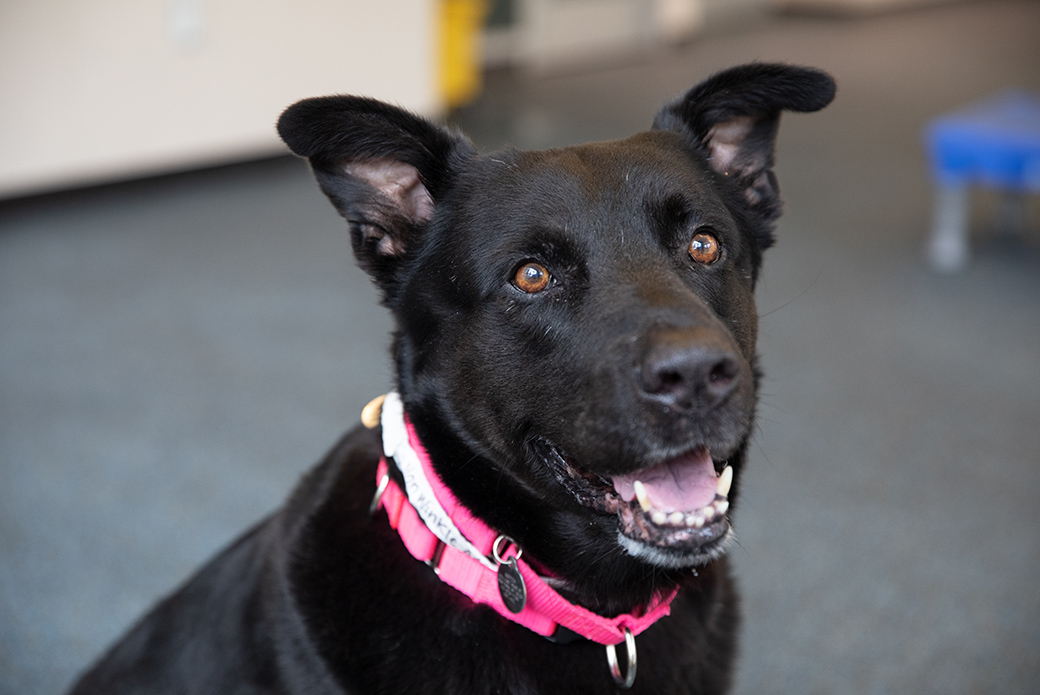 On August 13, Buddy noticed a photo of a chocolate brown dog named Rip Van Winkle who looked just like Mulligan on the ASPCA website.

“I clicked on the photo and freaked out,” says Buddy. “I was 80 percent sure it was him—his ears, his idiosyncrasies—I know this dog well. And when I read the description of his personality—that he is cautious around men and takes to women, and constantly sniffs during his walks—I was 100 percent sure.”

Only a few weeks after escaping, Mulligan had been brought to Animal Care Centers of NYC’s Manhattan location. On June 9, he was transferred to the ASPCA. He was neutered and underwent a mass removal, then placed into foster care with Elena L. of Queens, New York.

“Mulligan was super anxious initially,” says Elena. “He’d wake up in the middle of the night panting like he had had a nightmare. But his biggest issues were outdoors—strangers and traffic.” 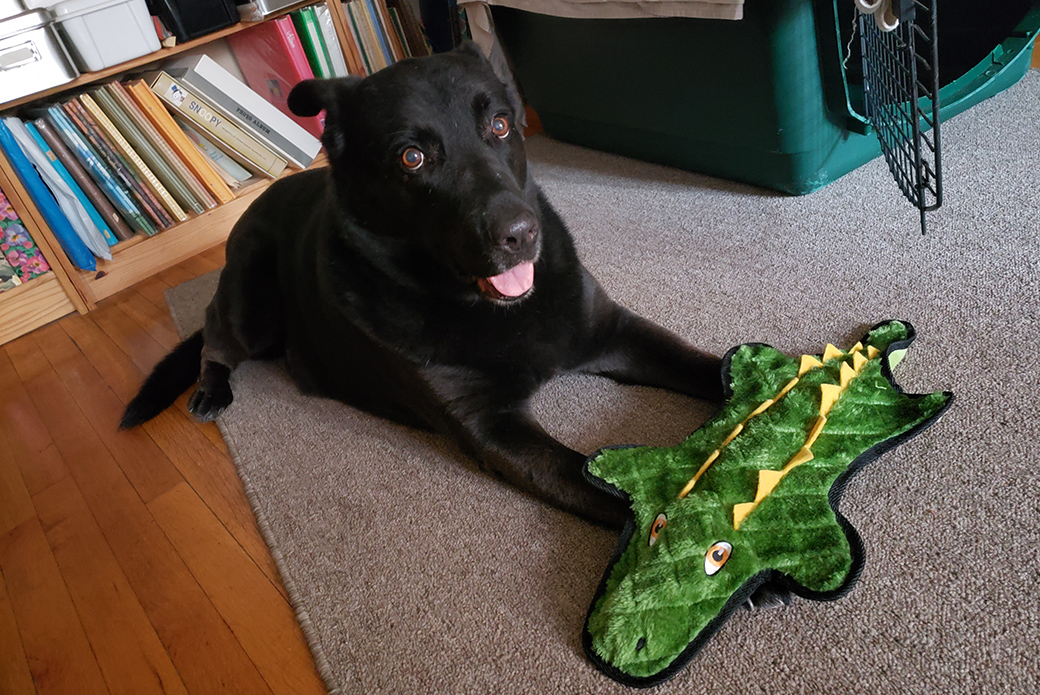 The Behavior team recommended Elena give Mulligan treats in circumstances that might trigger his anxiety or fear to change his association with those situations, according to Rachel Maso, Director of Behavior at the ASPCA Adoption Center.

“Slowly, he started checking in with me during walks and responding to my commands,” says Elena. “And he was wonderful at home and slept by my bed.”

When Buddy called the ASPCA, he spoke with Morgan Lucas, a Veterinary Support Associate who verified Mulligan’s age and confirmed that the dog had been found intact and without a microchip. Buddy also emailed several photos of Mulligan to Morgan.

On August 16, Ruth Allen, Director of Admissions & Matchmaking at the Adoption Center, led a Zoom call with Buddy and Elena.

“We confirmed some unique markings on the dog—a scar on his nose, a white patch of hair above his ear, a growth on his elbow,” says Ruth, who recommended that one of Buddy’s New York friends visit the Adoption Center in person to confirm if Rip Van Winkle was indeed Mulligan.

On August 17, after Buddy’s friend confirmed Mulligan’s identity, he was returned to Elena, where he stayed until reunification with Buddy could be arranged.

On the Road Again

Though the Adoption Center, Relocation and Behavior teams had discussed flying Mulligan home, they ultimately decided a ground journey would be more beneficial for the dog. 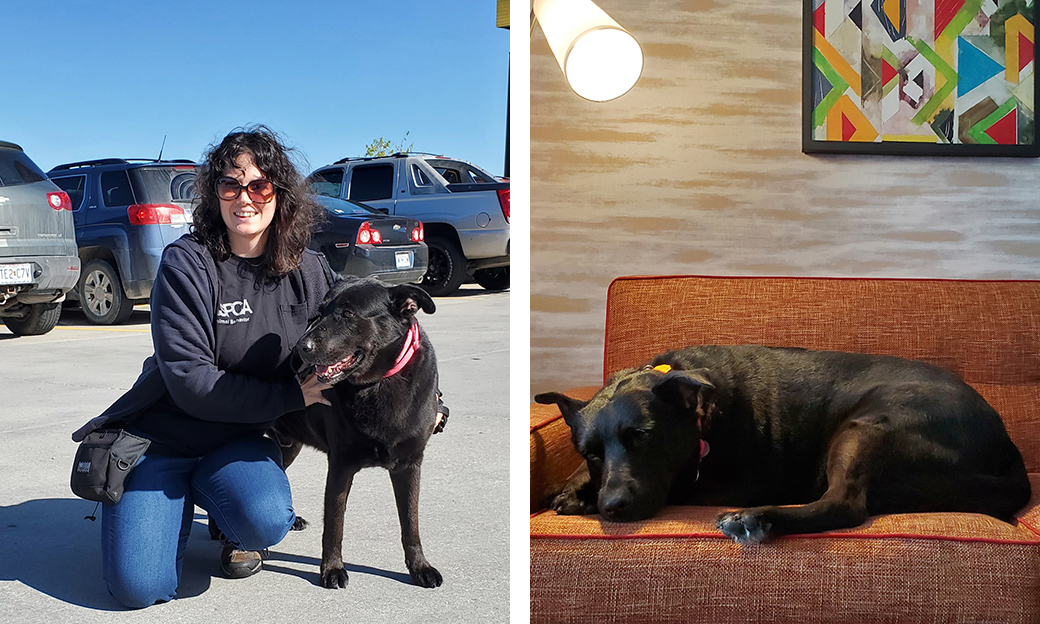 On October 3, Behavior Specialist Nicole Pulone and Animal Relocation Driver Jess Parmenter began the long journey with Mulligan secured in his transport carrier that was strapped to anchor points in the folded-down backseat cargo area of their SUV rental.

“There was a little nervous whining but nothing bad,” Nicole says. “Some Bob Marley music settled him down, though.” 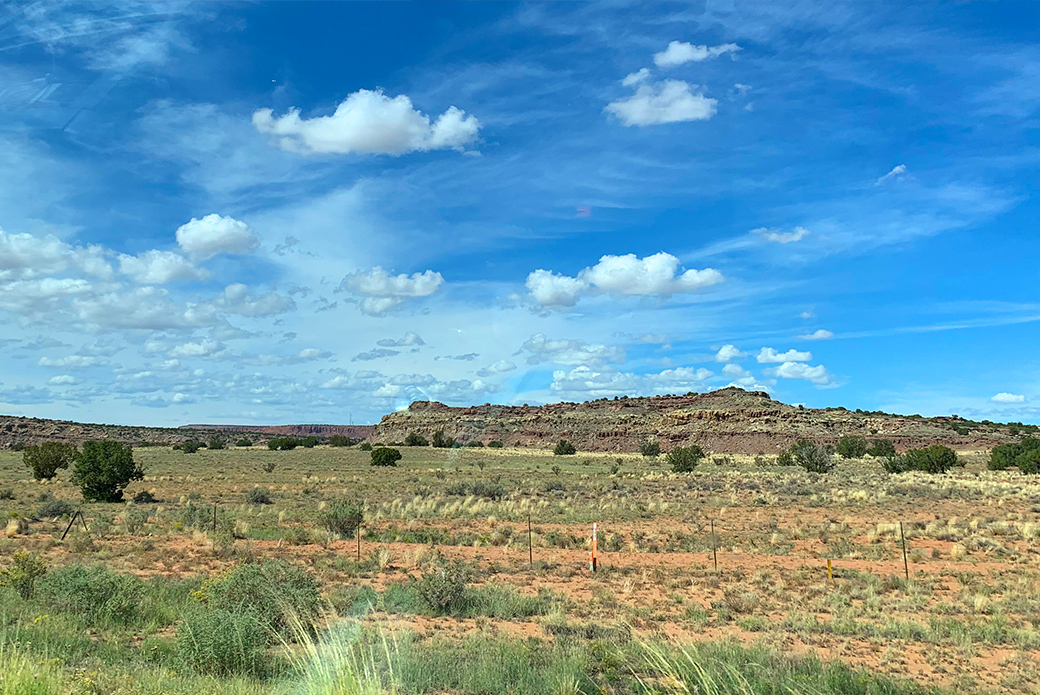 After overnight stops in Columbus, Ohio, St. Louis and Elk City, Oklahoma, they continued to California, driving against the colorful backdrop of canyons, mesas and badlands of New Mexico and Arizona. By then, Mulligan was accustomed to travelling and earned the nickname “Road Dog.”

Jess and Nicole reached the Salton Sea, 60 miles south of Palm Springs, on Wednesday, October 6, delivering Mulligan directly to Buddy’s doorstep in North Shore, where they were met by Cindy Kreeger, Senior Manager of Animal Relocation.

After being separated for months and a journey of more than 2,600 miles, the long-awaited reunion of Buddy and Mulligan was moments away.

“When we drove into Buddy’s neighborhood, Mulligan began to whine,” Nicole says. “I think he could smell the lemon trees and recognize where he was.” 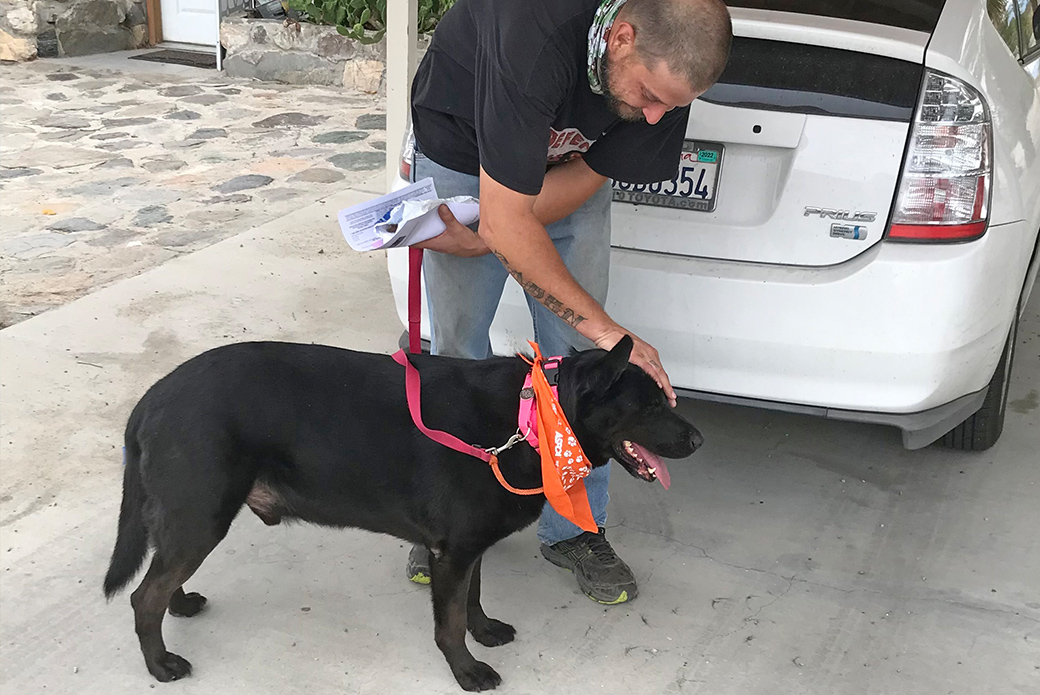 Due to the ongoing challenges of COVID-19, Buddy and the ASPCA team wore masks during the reunion. At first, Mulligan froze when he saw Buddy. But when Buddy spoke, Mulligan began wagging his tail. Suddenly, he bolted toward Buddy, who tightly embraced his wiggly, 90 lb. best friend.

“I think he was kind of in shock at first, but he’s glad to be here,” Buddy says. “He’s back to his old self.”

For Nicole, Jess and Cindy, reuniting Mulligan and Buddy was an experience they’ll never forget.

“This was definitely a bright spot,” says Nicole. “Sometimes shelter work can be gloomy.”

“I miss him but am super happy he was reunited with his family,” adds Elena, his foster, who refers to Mulligan as her “miracle boy.”

Meanwhile, Buddy hasn’t given up searching for Espy, who is fortunately microchipped.

“When I found Mulligan online, I knew there was hope,” he says. “I had this feeling I would find my dogs. So far, I’ve made it halfway.”