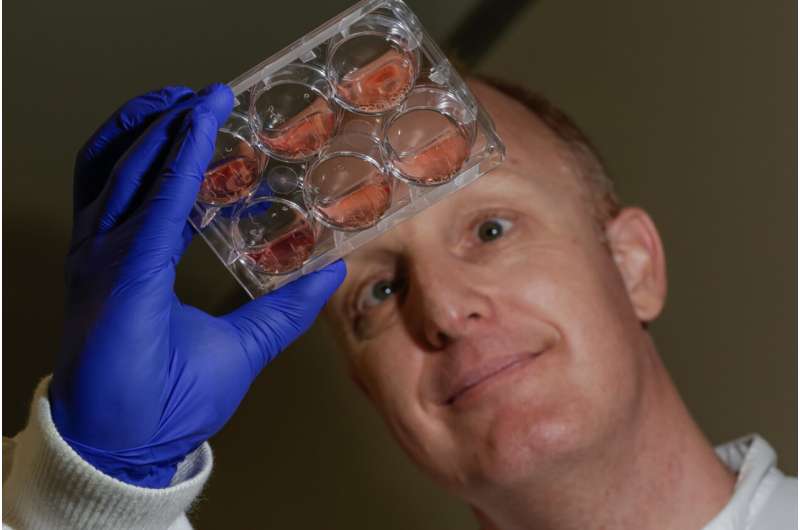 Researchers have made important progress towards a new diagnostic test for schistosomiasis, which could help the World Health Organisation (WHO) achieve its goal of interrupting transmission of the disease, and eventually eliminating it.

Schistosomiasis, spread by parasitic blood flukes, is prevalent in tropical and subtropical areas.

“This is a disease of poverty,” said lead researcher Dr. Mark Pearson, a Research Fellow at the Australian Institute for Tropical Health and Medicine (AITHM) at James Cook University. “Although there are effective drugs available to treat it, it becomes a serious health issue where contaminated drinking water and waterways lead to frequent reinfections.”

Urogenital schistosomiasis (one of two forms of the disease and the one addressed by this study) affects an estimated 200 million people, causing both acute and chronic illness. It is also considered a risk factor for HIV, especially for women, alfuzosin female and is associated with bladder cancer.

“To interrupt the spread of the disease, a test needs to be sensitive enough to identify people with low-level infections, who can still pass the parasite on to others when they might not know they’re infected themselves,” Dr. Pearson said.

The team also aimed for a test that is non-invasive, can be administered at point of care—by a community health worker for example—and will deliver a quick result.

The search focused on the proteins that the parasite, Schistosoma haematobium, produces while resident in the human body.

“Thanks to our collaborators at the University of California, who were able to fit almost a thousand of these proteins on a chip that’s about twice the size of the SIM card in your phone, we were able to work quite efficiently at identifying which proteins were the major targets of antibody responses,” Dr. Pearson said. 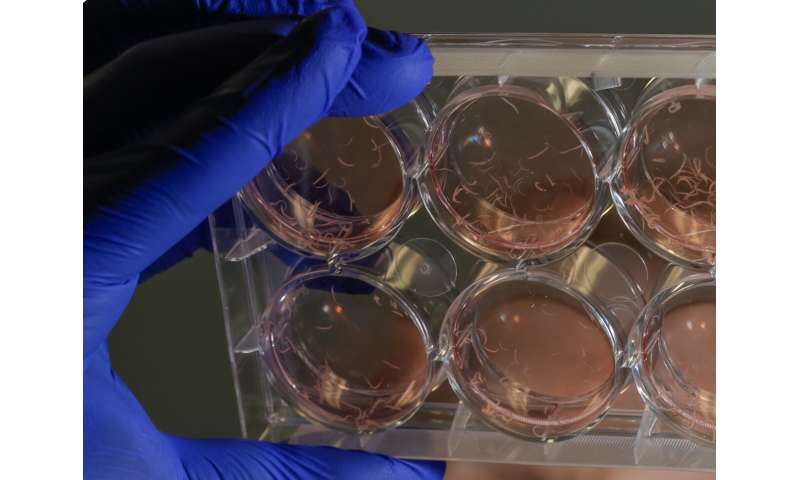 The fluke proteins were screened for antibodies in blood and urine samples that international collaborators had collected in previous studies in Gabon, Tanzania and Zimbabwe.

“Importantly, these included samples taken from populations where we know the infection level was low. This enabled us to test whether our proteins were clearly recognized by antibodies from people with light infections, as well as those suffering heavy infections,” Dr. Pearson said.

The candidate proteins were also screened through ELISA (Enzyme-linked immunosorbent assay), a test used since the 1970s to detect antibodies in the blood.

“Between the high-tech chips and the old-school approach using ELISA, we narrowed our options down from 992 proteins to just five lead candidates, from which we chose the two that showed the greatest sensitivity,” Dr. Pearson said.

The result is a point-of-care test strip, not unlike a pregnancy test, that carries recombinant versions of the chosen proteins, and can detect even low-intensity schistosomiasis infections.

“This ticks most of our boxes,” Dr. Pearson said. “It works on serum—blood—and we’re optimistic about the next step, which would be to refine it for use as a urine test.

“This was an international effort, involving researchers from across Africa and Europe, as well as in Australia, the United States and Thailand. It represents an important step forward in protecting vulnerable communities from a tiny parasite that does a great deal of harm.”