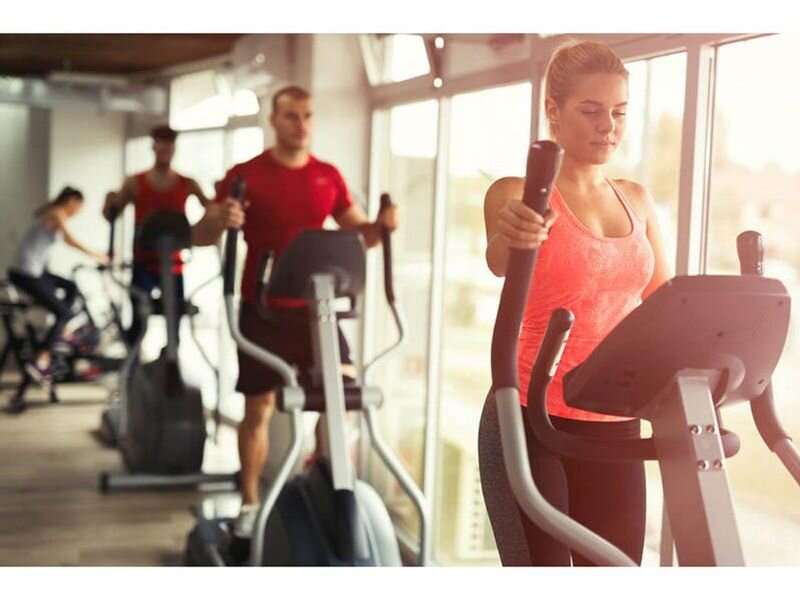 (HealthDay)—A new study may allay concerns that strenuous exercise could up the risk for developing amyotrophic lateral sclerosis (ALS), an incurable neurological disease.

No evidence of rising ALS risk was seen among adults who routinely work up a sweat by playing team sports or engaging in heavy gym workouts. Nor was increased ALS risk associated with less intense leisure activities, such as running, biking or walking.

But investigators did observe that strenuous physical activity on the job was linked to higher ALS risk.

“Heavy exercise at work was associated with a double risk [for] developing ALS,” said study lead author Dr. Angela Rosenbohm. She is head of neurological rehabilitation at University Hospital Ulm in Germany.

The team stressed that their research does not prove that intense labor causes ALS. Other factors could be in play, they noted, including on-the-job exposure to harmful chemicals and pollution, or the long-term impact of performing repetitive motions that typify certain professions.

ALS is often called Lou Gehrig’s disease in memory of the baseball legend who died of it. The average life span is two to five years after diagnosis, and those with the rare disease lose the ability to initiate and control normal movements.

For this study, 10mg loratadine not working activity questionnaires were completed by nearly 400 newly diagnosed ALS patients and almost 800 healthy peers. All provided detailed accounts of the kind and amount of physical activity they had routinely engaged in between the ages of 20 and 60.

Leisure-time activity was evaluated as either light, or intense and sweat-inducing.

On-the-job activity was characterized as either light, including those engaged in desk jobs and/or driving; moderate, such as typical of salesmen or mechanics; or heavy, as often seen among masons, farmers and construction workers.

No increased ALS risk was seen for those whose jobs entailed light physical labor. And no type or amount of physical activity—whether performed on the job or off—was linked to greater risk for ALS up until five years prior to an ALS diagnosis.

But the team found that about 22% of newly diagnosed ALS patients had had heavily physical jobs during the five years before their diagnosis. (Only 13% of respondents who did not have ALS had jobs that were equally physically demanding.)

Also, said Rosenbohm, “ALS patients showed a sharp decrease in their overall physical activity about five to 10 years before the outbreak of the disease.”

Previous research by this team pinpointed a similarly timed sharp decrease in body mass index—a standard measure of weight—starting about nine years prior to the onset of ALS symptoms.

Taken together, said Rosenbohm, it appears “the disease obviously starts years before first symptoms can be recognized.”

Yet another surprising finding: After diagnosis, routine intense exercise—whether leisure- or work-related—was linked to worse survival rates than lighter exercise.

For example, previously inactive patients faced an average post-diagnosis survival of just over 15 months, compared with 19 months among intense-activity patients. But survival was pegged at nearly 30 months among those who had previously engaged in moderate activity, such as biking or walking about two hours per week.

“We therefore believe that the level of exercise is a disease-modifying factor,” Rosenbohm said, both before and after an ALS diagnosis.

She suggested that patients might “at first try to overpower themselves trying to overcome the illness,” only to end up losing muscle and strength at a faster pace than less-avid exercisers.

Still, one expert viewed the findings with caution.

“I am not sure any conclusions can be made by these observations,” said Dr. Carlayne Jackson, a professor of neurology and otolaryngology with the University of Texas Health Science Center San Antonio.

On the one hand, “the cause of ALS remains elusive and is most likely multifactorial,” said Jackson, a fellow of the American Academy of Neurology.

And on the other hand, she added, “only 22% of ALS patients had jobs that involved strenuous physical activity, so what triggered disease in the other 78%?”

Jackson said that once diagnosed, she does “generally recommend [that ALS] patients perform low-impact exercise that does not result in muscle soreness or excessive fatigue. But clearly more research needs to be done to better understand the role of exercise in ALS management.”