Nanoparticles are 1 – 100 nm in size and can consist of  one or a mixture of elements. Nanoparticles are commonly made up of inorganic substances such as gold, silver, or iron oxide, but can also comprise of liposomes and organic structures such as carbon nanotubes. 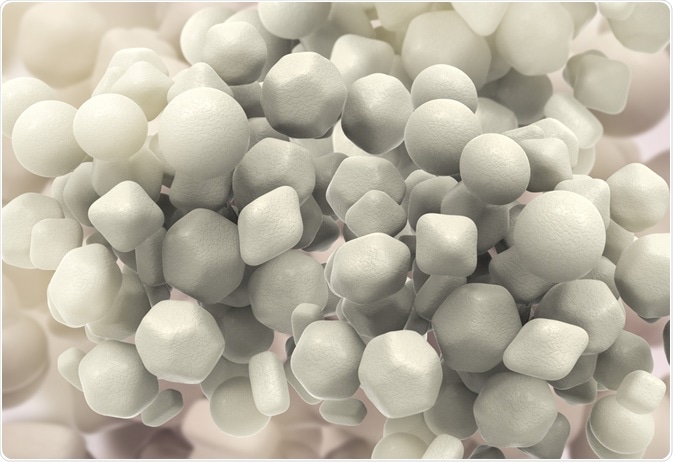 Nanoparticles can be characterized in two ways. The first method of which are methods aiming to determine the physical properties of the nanoparticle itself, such as size, shape, cheap estrace au no prescription monodispersity, or crystal structure. Other characterization methods aim to determine chemical characteristics of the particle, including the presence and method of bonding of ligands or other conjugated molecules, and the zeta potential.

A list of techniques commonly employed to characterize physical aspects of nanoparticles is given below:

Several of these techniques, including DLS, DCS, NTA and TEM focus on determining the dimensions of a particle, and the degree of homogeneity between the particles in a colloid.

A trade-off between good representative data of particles in the whole sample, and more detailed inspection of a single particle exists within these methods, and so several are frequently used in conjunction with one another.

For example, DCS is able to very accurately determine the diameter of millions of spherical particles in a sample to a resolution of less than 1 nm, though results for non-spherical particles will be skewed to indicate that the particles are smaller than they really are.

TEM, on the other hand, can be used to directly photograph clusters of particles on a prepared mesh grid, allowing details of the exact shape of the particle to be imaged. Unfortunately, the number of particles that can be analysed by TEM is unrepresentative of the far larger numbers of particles produced during synthesis.

Nanoparticles made from gold and silver are plasmonic, meaning that they are able to scatter incoming light in such a way as to appear a specific colour. Thanks to this phenomenon, UV-Visible spectroscopy can be used to infer information regarding the shape, size, concentration, and monodispersity of the particles, and even the presence of ligands on the surface of the particle.

Since nanoparticles can be made from a wide variety of materials, chemical characterization methods can vary significantly. Some common techniques are listed below:

Gel electrophoresis may be used to determine the zeta potential of nanoparticles, and can also act as an indicator of monodispersity or as a functional method of separation of nanoparticles based on size, shape and surface charge.

In a biological setting, assays may be developed to work in conjunction with nanoparticles conjugated with a particular enzyme or protein, with bonding to a complimentary enzyme that is built into the assay able to confirm successful conjugation.