Undercover BBC reporter at UK’s biggest GP chain discovers NO doctors are available some days, appointments can all be booked out 24hrs early and admin staff ‘skim-read’ important medical reports

An undercover BBC investigation has shone a light into the ‘unbelievable’ workings at Britain’s biggest chain of GP practices.

A BBC reporter, who worked as a receptionist at a practice in London, was told the company hired ‘cheaper’ physician associates.

The probe revealed no doctors, calcitriol knochenstoffwechsel or their cheaper alternatives, were available to see patients on some days, which meant the surgery’s appointments the next day were booked out before it even opened.

Receptionists were left to comfort patients crying over the phone in pain.

And admin staff at the practice were using ‘common sense’ and Google to decide if patients’ medical documents were important enough to be seen by a GP or not.

They also admitted to ‘skim-reading’ because they fear they won’t hit their targets. 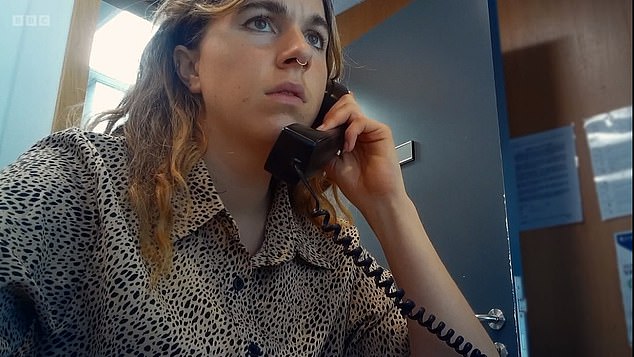 You could find some surprising treatments on offer when you next visit your GP surgery.

Instead of a prescription for pills, you might be given one to join a walking group, or an arts society, or to work on an allotment.

This is known as ‘social prescribing’, a radical approach to treatment being rolled out by the NHS.

The aim is to help patients who have chronic problems that standard treatments haven’t helped, to help themselves.

Later this week, a group of senior politicians and retired NHS grandees are backing the launch of the Beyond Pills campaign, which urges the Government to make it happen faster.

Social prescribing became an official health service policy in October 2019 when the UK National Academy of Social Prescribing was opened by the then-health secretary, Matt Hancock.

He said it could ‘help us combat over-medicalising people’ and save money.

The scale of the over-prescription of drugs — defined by the Department of Health and Social Care as giving patients drugs ‘they don’t need or want, or where harm outweighs benefits’ — was revealed by a report it published two years later.

The report showed that 15 per cent of the population were taking five or more drugs a day and that 20 per cent of patients over 65 who were in hospital were there because of a dangerous reaction to prescribed drugs.

The practices were uncovered by BBC Panorama during a six week investigation into Operose Health, which cares for around 600,000 NHS patients.

On one day the reporter came to work to find no doctors were available for them to book appointments.

‘It’s such a joke, like why the hell…then why the hell are we open in the first place,’ one staff member is heard asking in the footage.

The reporter is left to deal with a woman crying on the phone in pain desperate to see a GP but is told by other practice staff that they can do nothing to help.

‘I don’t know just tell her to do something because literally we don’t have nothing,’ a staff member can be heard saying.

‘As much as we want to help them there’s no way we’re gonna we can’t help them.’

Responding to the footage Professor Sir Sam Everington, a senior GP in London, said he was ‘horrified’ and described it as inexcusable.

He said: ‘You’ve got 20,000 patients and not a single doctor seeing patients? That’s unbelievable and completely unsafe.’

Operose Health told Panorama that five doctors were working that day but did not clarify if they were taking appointments.

In another segment of footage, the reporter is told off for telling a patient the GP in charge of the practice is not present — despite not seeing him once in her six-week stint.

‘He’s not physically here, he’s technically here,’ the reporter is told during a verbal dressing down.

Further conversations reveal this senior GP is available on call if needed but that they manage multiple sites.

Sir Sam sad he could not understand how this doctor could actually be doing their job.

‘You absolutely have to be on site as a GP to supervise, train, support all your team, you cannot do it remotely,’ he said.

While it is not uncommon for admin staff employed at practices to not have medical training, one staff member at the Operose surgery said they had to decide if patient documents needed to be seen by a doctor, pharmacist or filed away.

One team member said they were so worried about making mistakes they tried to use Google to figure what to do.

‘Like you read the diagnosis and they are all new for you,’ they said.

‘So I have to read them, sometimes I Google them.

‘The decision I make is just to send it to the GP or the pharmacist or the admin so they can deal with it.

‘So you just use your common sense.’ 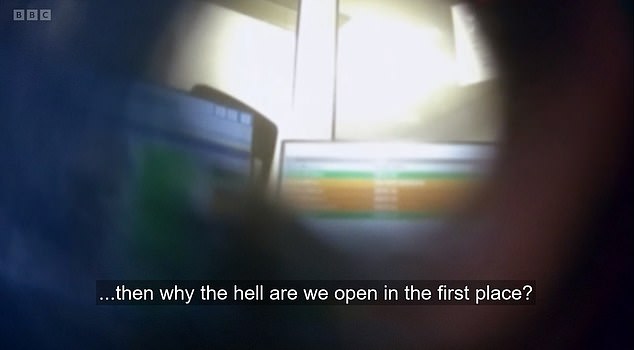 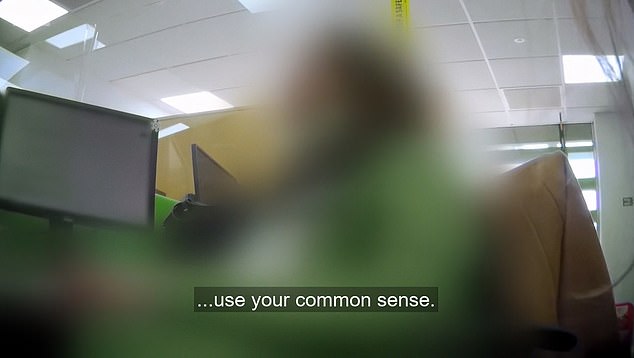 GPs are still offering too many remote consultations and need to strike a better balance for patients, NHS boss says

Family doctors have not struck the right balance between in-person and online appointments, a top NHS official has admitted.

‘Because of the pandemic, everything pivoted around two-and-a-half years ago,’ she told the Cheltenham Science Festival.

‘So we were told to do more remote consultations in 2020 to try and reduce the risk and to keep people safe.

‘We’re trying to find our way back to the right balance. I don’t think we’re there yet.’

On the move to remote consultations, which typically involve phone and video calls, the east London GP added:

‘Some patients really like remote consultations, that they are typing queries at 10 o’clock at night, and get somebody to call them within a few days. Other patients really don’t like it.’

Around 80 per cent of GP appointments were face to face before the pandemic but this fell to just 47 per cent in April 2020.

Some of this documentation was also found to be sitting in GP inboxes unseen for up to six months, leaving patients at risk of their condition worsening or even dying, Sir Sam said.

Questioning the practice manager about it, they replied a GP would earn £100 an hour, whereas physician associates would earn less than half of that.

Physician associates — who start on a £27,000/year salary — have been hailed as a way of propping up general practice, allowing overstretched GPs to focus on more complex cases.

But critics say they are doing jobs that should really be performed by doctors, who earn £100,000/year, on average.

The undercover investigation found physician associates were not being properly supervised at the unnamed Operose surgery in the capital.

Analysis by Panorama found Operose, owned by US health giant Centene Corporation, employs 0.6 full-time GPs for every 2,000 registered patients, half the national average.

Physician associates, a role that originated in the US in the 1960s, were introduced by the NHS in 2003.

They are health professionals with two years of post-graduate studies on top of a science degree.

For comparison, a GP undergoes a decade of training and education before being allowed to practice.

Operose told MailOnline the BBC had opted for sensationalist reporting of a national GP shortage.

‘It is deeply disappointing that the BBC decided to deliberately mislead and secretly record our GP practice staff, including junior members of the team, to cover a story they report on almost every day — a national shortage of GPs,’ they said.

‘Like all practices around the country, we are facing probably the most challenging period in the NHS’s history.’

The spokesperson added: ‘Despite these challenges, we have a strong track record of performance, recruitment and investment in our staff and services.

‘This success is due to our staff, who go above and beyond every day to care for patients.’

Operose added that the safety watchdog Care Quality Commission (CQC) rates 97 per cent of its practices as good or outstanding.

Recent analysis has found that some areas of the country have just one GP for every 2,500 patients.

Meanwhile, there are 1,500 fewer fully qualified family doctors working in England compared to five years ago. And a third of those working now want to retire in the next five years, surveys have suggested.

GPs have highlighted problems with rising workloads, increased demands from patients and having ‘insufficient time to do the job justice’.

It comes amid a continuing row over a lack of face-to-face appointments for Britons wanting to see their family doctor.

In-person consultations GP’s have failed to return to pre-pandemic levels.

Just 63 per cent of consultations were done in person in England in April, up just 1 percentage point in a month — despite the worst of Covid being over and GPs told to get back to ‘normal’.

Prior to the pandemic over 80 per cent of GP appointments were held face-to-face.