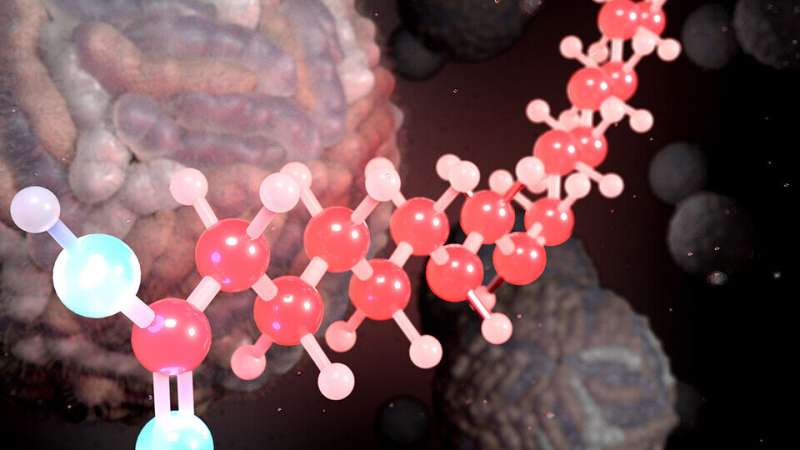 Before COVID-19, there was another public health crisis that captured headlines around the world: the Zika virus outbreak of 2015-16, which became an epidemic as it spread through Brazil and the Americas. The mosquito-borne virus was perhaps best known for causing significant birth defects, most prominently microcephaly, which can cause an abnormally small head and an underdeveloped brain. Children with congenital Zika syndrome can also experience seizures, cephalexin treatment vision and hearing problems, mobility issues and more.

Those problems caught the eye of Sathish Kumar Natarajan, who in 2016 was launching his independent laboratory at the University of Nebraska–Lincoln, just as the Zika outbreak was intensifying in Brazil. Up to that point, his research had focused on the biochemistry of a condition called acute fatty liver of pregnancy, or AFLP—a rare, potentially fatal complication that emerges in the third trimester of pregnancy. Natarajan was focused on how damage to the placenta due to a genetic mutation in the fetus may trigger AFLP and harm a pregnant woman’s liver.

In reading the emerging studies on Zika, he noted that a similar mechanism in the placenta—apoptosis, or cell death—might be driving the virus’ transmission from mother to baby. When the placenta is badly damaged, it creates a highly permeable barrier through which the virus easily travels and proliferates. That sparked an idea: What if the nutrient compound his research team was developing to prevent apoptosis in AFLP might also stymie mother-to-fetus transmission of Zika?

To explore that question, Natarajan got in touch with Husker virologist Asit Pattnaik, who was among the first researchers in the world to develop an infectious clone of the Zika virus that can be used for research. Natarajan asked Pattnaik to do an initial trial to see if the nutrient compound, called palmitoleate, stopped Zika-induced apoptosis. It did—and that early success sparked an ongoing collaboration that explores the mechanisms by which placental damage facilitates Zika transmission from mother to baby, and what strategies may thwart that pathway.

“Our goal is to develop a dietary nutrient compound to prevent Zika virus damage to the placenta, which would protect the fetus,” said Natarajan, assistant professor of nutrition and health sciences. “If we could get the nutrient compound to the mother, we could potentially be preventing the method for how Zika is getting to the fetus and preventing the worst damage.”

A paper recently published in Cell Death Discovery takes the team one step closer to accomplishing that goal. The study sets forth a more detailed explanation of exactly how Zika triggers apoptosis in the placenta’s trophoblasts, the cells that nourish the embryo. A better understanding of these molecular mechanisms is necessary for developing an effective strategy to combat mother-to-baby transmission. The study is the first to implicate a family of proteins called JNK—important regulators in a variety of cellular events, including apoptosis—as a major player in Zika-induced damage to placental trophoblasts.

Prior to launching the study, Natarajan hypothesized that Zika, like many other viruses, triggers apoptosis by stressing cells’ endoplasmic reticulum, which is the cell component responsible for the production, processing and transport of proteins and lipids. Using live-cell microscopy techniques, he confirmed this theory: When Zika attacked the placental trophoblasts, the team observed markers of endoplasmic reticulum stress.

They also saw evidence of apoptosis, measured by an uptick in certain protein enzymes and morphology changes in the cells’ nuclei. Unexpectedly, they also observed activation of what is called “c-Jun N-terminal kinase,” or JNK, signaling. JNK is a key player in cell death, but until that point, no one had pinpointed its role in facilitating Zika transmission. Natarajan said JNK appears to trigger not just cell death, but additional stress on the endoplasmic reticulum, creating what he calls a “loop of activation” that is detrimental to trophoblasts.

“Any virus would cause endoplasmic reticulum stress,” Natarajan said. “What we have found that is novel is that Zika induces JNK activation. If you block that activation, you completely protect against the apoptosis.”

When his team introduced a JNK inhibitor to the Zika-infected cells, it shut down that pathway to apoptosis. This sheds light on the precise mechanisms driving placental damage and suggests that one route for protecting the placenta may be treatment with a JNK inhibitor. The pattern was consistent across two different strains of Zika, one from the African lineage, which is a form of the original Zika virus first isolated in 1947, and one from the Asian lineage, which triggered Brazil’s epidemic.

The study also lends credence to Natarajan’s initial theory that the nutrient palmitoleate may block mother-to-baby Zika transmission. From his research on palmitoleate in the context of AFLP, he knows that the nutrient compound prevents endoplasmic reticulum stress. Observing that endoplasmic reticulum stress is also a precursor to cell death in Zika-infected cells suggests that palmitoleate may be similarly protective. Since publishing the paper, his team has found evidence of palmitoleate’s efficacy against Zika-induced apoptosis in trophoblasts and will present those results in a forthcoming publication.

Palmitoleate would be an ideal treatment for a few reasons. Perhaps most importantly, a nutrient-based treatment is key for pregnant women trying to avoid pharmaceutical drugs. It would also be inexpensive to produce and portable, meaning it could be deployed to any Zika-affected area of the world. Natarajan envisions the treatment would be developed as either a pill or as a macadamia nut supplementation, which is a food that contains a high level of the nutrient.

Though Zika transmission is very low right now, it remains a potential threat. Since Brazil’s epidemic ended in 2016, there have been outbreaks in South and Southeast Asia, and experts believe another epidemic somewhere is likely. Though there are vaccines in the pipeline, there are not enough people at risk of Zika to progress through late-stage clinical trials. This means that developing a treatment that protects babies in utero remains important: The 2015-16 epidemic left more than 3,700 children with birth defects, and recent research suggests that an even greater number of children have long-term neurological and cognitive problems that were not apparent at birth.

Natarajan remains hopeful his work may contribute to protecting children against these lifelong health issues.

“As we’ve seen during the COVID pandemic, if you’re not proactive in trying to mitigate the effects of these viruses, the consequences can be significant,” he said. “We hope that if Zika outbreaks arise again in the future, we can be more prepared with strategies that help pregnant women.”