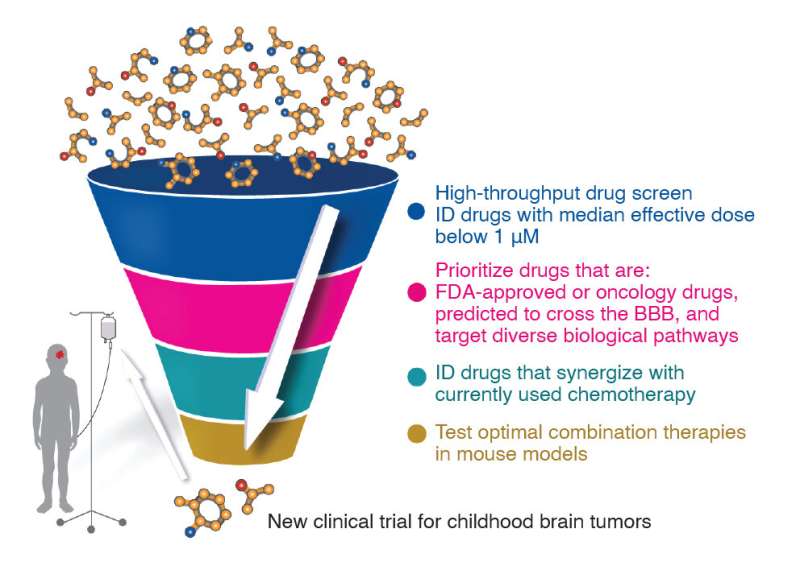 A new combination of drugs could help to increase survival rates with fewer side effects for some children with one of the most aggressive forms of childhood brain cancer.

Researchers and clinicians from Western Australia, the U.S. and Germany collaborated to develop the innovative approach to treating children with Medulloblastoma, using a two-pronged attack to stop cancer cells from repairing themselves, and their findings have been published in the medical journal, Science Translational Medicine.

Chemotherapy and radiotherapy drugs are used to kill cancer cells by damaging their DNA, but those cells are often able to repair their own damaged DNA and can continue to grow after treatment.

The team conducted extensive laboratory modeling on a number of different therapies and discovered that a new type of molecularly-targeted drug—prexasertib—was able to “switch off” the cancer cells’ ability to repair itself when used in conjunction with chemotherapy.

Those findings paved the way for a major clinical trial of the drug combination, currently underway in Australia and the United States. The trial is called SJ Eliot, named after four-year-old Perth boy Elliot Parish who lost his battle with medulloblastoma in 2011.

Telethon Kids co-head of Brain Tumor Research, buy generic doxycycline coupon without prescription Dr. Raelene Endersby, said the trial was the result of years of work to evaluate new treatment options for children with specific types of medulloblastoma. “Our challenge was to find new drugs that we could combine with current therapies to use against this disease.”

Dr. Endersby said the results generated from rigorous lab work conducted over an eight-year period allowed the multi-national team to design the clinical trial. “We’ve actually used all of that detailed laboratory information to select which patients should be on the trial and which combinations should be tested, then used that to design a clinical trial,” she said. “It’s one of the first times that’s been done for this disease so it’s really quite exciting.” 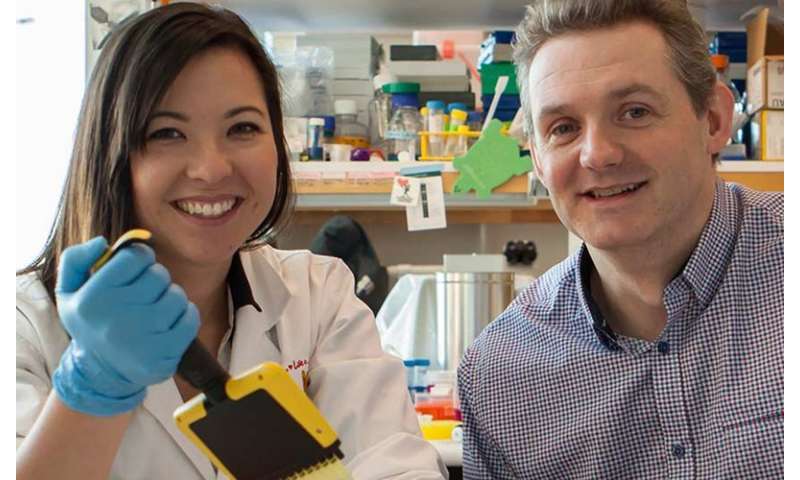 Head of the Oncology and Hematology Department at Perth Children’s Hospital and Telethon Kids co-head of Brain Tumor Research, Professor Nick Gottardo, said too many children were dying from brain cancer and those who survived often had permanent side effects from their treatment. “We know we can change that with research, by finding and using smarter treatments that are more effective on the cancer and cause less collateral damage on the body. This has been our aim over eight years of research and this is what we are currently testing in the SJ Eliot clinical trial.”

“If we can improve the effectiveness of the therapies we’re giving to these children, it not only improves their chances of survival but will mean we can reduce the amount of toxins we expose them to during the treatment,” she said. “This will mean fewer side-effects and reduce the risk of secondary cancers caused by the treatments themselves.”