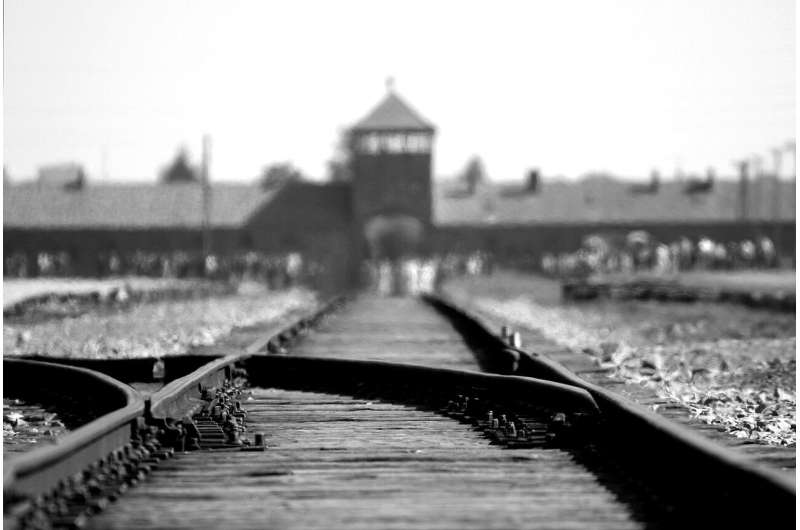 Holocaust survivors may be at reduced risk of developing post-operative delirium suggests Israeli research being presented at Euroanaesthesia, the annual meeting of the European Society of Anaesthesiology and Intensive Care (ESAIC) in Milan, mulco flextra drying time Italy (4-6 June).

The researchers say that the finding, which is preliminary, may be due to Holocaust survivors having greater mental resilience than their peers.

Postoperative delirium—acute and fluctuating changes in attention and awareness, confusion and problems with thinking and memory—is the most common complication after surgery in older people. It is often temporary but can affect recovery, leading to a longer hospital stay and to patients being discharged to a rehabilitation center, rather than returning home.

“Holocaust survivors are known to be a higher risk of a variety of psychological conditions, such as post-traumatic stress disorder (PTSD) and depression, and some studies have found a correlation with early-onset dementia,” says Dr. Yotam Weiss, of the Department of Anaesthesiology & Intensive Care, Tel Aviv Medical Center, Tel Aviv, Israel, one of the study’s authors and a grandson of Holocaust survivors.

“Research has also shown they are in poorer health and have more medical conditions than others of the same age.”

“However, there is a lack of information on their perioperative cognitive trajectory—whether they are at higher risk of postoperative delirium—as well as whether they are more likely to suffer other adverse outcomes, such as falls while in hospital or dying in the months after their operation.”

“We have a duty to the survivors. We know that their number is declining every year and it is our duty as a medical staff to assist them during hospitalization. Information like this can help us adjust their care accordingly.”

To find out more, Dr. Weiss and colleagues carried out a retrospective single-center cohort study in which they analyzed data on patients who had elective (planned) surgery at Tel-Aviv Medical Center between January 2020 and July 2021.

The procedures covered ranged from cataract, biopsies and hernia surgeries to hip replacements, cancer surgery, thoracic and vascular procedures. Cardiac and emergency procedures and planned ICU admissions and patients with diagnoses of dementia were excluded.

1,211 of the 2,222 elective surgical patients were born before 1945 and so may have experienced the Holocaust.

The HS were older than the NHS (average age of 82 years vs. 80 years) but there were no other differences between the two groups, including in gender or the proportion having major surgery.

Cognitive status was evaluated at the pre-anesthesia clinic and delirium was assessed daily, from within one hour after they left the operating theater to the second post operative day.

The prevalence of cognitive impairment (1 in 5) and post-operative delirium (1 in 6) were consistent with other studies on this age group.

The researchers also compared rates of other adverse outcomes—falls in hospital, unplanned ICU admission, being discharged to a facility other than their home, having a stroke or heart attack within three months of their operation, death within a year of their operation.

The Holocaust survivors were twice as likely as the non-Holocaust survivors to fall while in hospital (4% vs 2%) but there was no overall difference in the rate of adverse outcomes between the two groups. Dr. Weiss says: “The increased rate of falls may indicate increased frailty in this population.”

The researchers conclude that “among surgical patients born before 1945 living today in Israel, 1 in 4 are Holocaust survivors, 1 in 5 have undiagnosed cognitive impairment and 1 in 6 are at risk for post-operative delirium.”

“In an aging world with a rising life expectancy, these numbers have enormous significance.”

Dr. Weiss says that “Given that Holocaust survivors are at increased risk of a range of physical and psychological conditions, we were surprised to find that they seem to have a lower risk of post-operative delirium.”

“As a grandson to survivors the first thing I that came to mind was ‘resilience’—the ability to adapt positively to adversity or to recover readily from adversity.”

“While early studies of Holocaust survivors described ‘survivor syndrome’ and ‘concentration camp syndrome’, which were emphasizing the negative mental aspects of their experiences, later psychological studies characterize the survivors as exhibiting survivorship and resilience.”

“We can only assume that these traits exist in those that have survived the Holocaust and reached old age.”