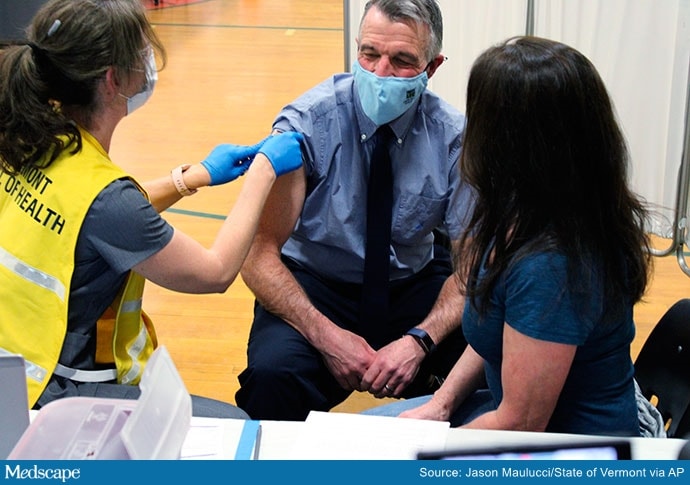 MONTPELIER, Vt. (AP) — Vermont Gov. Phil Scott on Monday condemned the “racist response” to his administration’s decision to make Black, indigenous, and people of color of any age eligible for a coronavirus vaccine before residents of other races.

The state granted preferential vaccine access April 1 to the BIPOC community and anyone living in their households. The Republican Scott called their disparity in vaccination rates compared to non-Hispanic whites “unacceptable.”

About 20% of the state’s BOPIC population has received at least one dose of the vaccine, compared with an about 33% vaccination rate for non-Hispanic white residents, Scott said in a statement Monday.

“In addition to the greater risk of hospitalization among BIPOC community members, the pace of vaccination for these individuals is too far behind the white population,” Scott said in the statement.

Vermonters of other races aged 40 and over became eligible Monday, with those 30 and over scheduled for eligibility April 12 and all others 16 and up eligible April 19.

Scott said his office, the state Health Department and “those hardworking individuals getting us vaccinated, have been subjected” recently “to vitriolic and inappropriate comments in social media and other forums regarding this decision.”

“And it is evidence that many Americans, and many Vermonters, still have a lot to learn about the impacts of racism in our country and how it has influenced public policy over the years,” he said in the statement.

The presence of the virus in Vermont has been increasing in recent weeks. Officials say the state is in a race to vaccinate as many people as possible to help stop the spread.

Officials blame the increase on a number of more-transmissible variants of the virus that are being found in Vermont and among young people who are more socially active but not yet eligible to be vaccinated.

Scott and Health Commissioner Dr. Mark Levine are urging Vermonters to remember the guidance that has helped the state maintain a relatively low rate of COVID-19 cases during the pandemic: Wear masks, maintain social distance and avoid large gatherings.