A means of determining whether the loss of the tumor suppressor gene PTEN predicts lethal outcomes in patients has been determined by a team from the Dana-Farber Cancer Institute. Using quantitative fluorescence IHC (FIHC), Hamid et al. were able to detect low PTEN expression in primary prostate cancer. 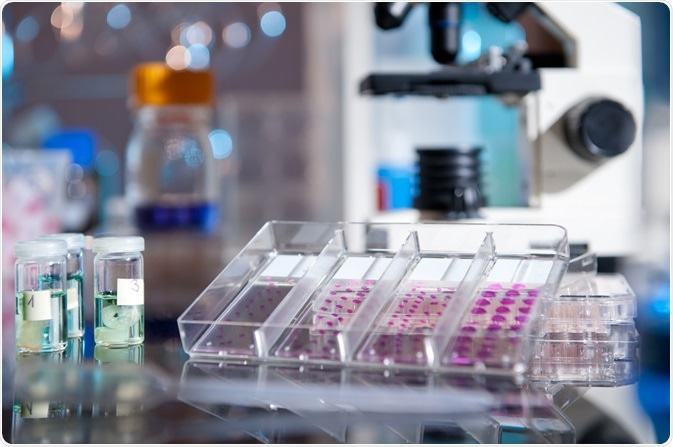 As such, tegretol and migraines it can be used as an independent biomarker for predicting metastatic disease and death after therapy. Further, FIHC was validated as a viable clinical diagnostic assay in the context of prostate cancer prognostics.

PTEN, a tumor suppressor gene, is the most notable genetic aberration in prostate cancer. Biallelic loss of PTEN, in particular, occurs with greater frequency in metastatic and castration-resistant disease. Deletions of this gene are also correlated with a poor prognostic outcome in prostate cancer which is not yet metastatic after therapy, and so its suitability for use as a prognostic biomarker is evident.

The variation of outcomes that come with a loss of PTEN are wide and include biochemical relapse (BCR), metastasis, and recurrence. The instances of relapse are dormant, and metastasis usually develops over periods of greater than 10 years.

Detection of PTEN in clinical studies is achieved by performing immunohistochemistry (IHC) of tissue microarrays (TMAs). Full-length PTEN can be detected using this method for over 90% of copies that do not carry a deletion. Other means of recognition – namely fluorescence in situ hybridization (FISH) – reveal that 10–45% of genomic deletion in tumors occurs via several mechanisms, including structural rearrangement, mutation, and epigenetic modification.

Moreover, these may not be seen by FISH or exome sequencing, so methods that capture transcriptional and epigenetic loss (as well as a genomic loss) of PTEN are preferable when determining the suitability of PTEN as a biomarker.

To demonstrate this, Hamid et al. used FIHC in primary tumor tissue in a cohort of surgically treated patients. The team used a total of 133 prostate cancer specimens to construct three TMAs. In order to assess PTEN, a multiplexed tyramide signal amplification (TSA) method was used.

TSA increases the signal-to-noise ratio by using horseradish peroxidase (HRP) based detection; it is used to produce a tyramide-labeled tag via its catalyzed reaction and amplified. Further, an AMCR mask was used to distinguish benign from malignant cells.

In order to test PTEN’s role as a prognostic biomarker, a formalin-fixed, paraffin-embedded (FFPE) specimen from men undergoing radiotherapy treatment was taken.

Their study endpoints were defined as (1) the time taken to develop metastasis and (2) overall survival (OS), which was defined as the time period between treatment and death. Spectral analysis allowed for semi-quantitative imaging to be taken following FIHC.

PTEN status was monitored continuously, and lower PTEN expression on FIHC was found to be independently associated with increased risk of metastatic disease and fatality. Low PTEN expression alone was deemed a valuable prognostic biomarker– and when this was combined with standard factors, PTEN FIHC status was shown to be a very good indicator of metastatic disease and death.

Earlier methods of PTEN detection include PTEN IHC assay using a rabbit antihuman PTEN antibody; the outcome of these methods is in congruence with those determined by FISH.

The team speculates that while the loss of the PTEN gene and the protein may be concordant, the PTEN ‘dose’ is what is correlated with tumor suppressor function in cases when they are not. This dose-dependent change in the function of the tumor suppressor is caused by unique mechanisms of inactivation.

This likelihood of PTEN’s loss-of-function beyond the genetic level encourages investigation into assays that assess PTEN at the protein level. The method of FIHC this team used has several advantages, for example, automated workflow and high-resolution. The study also demonstrates that PTEN FIHC is feasible for use in FFPE prostate cancer tissue for investigating associations between PTEN loss and clinical outcomes.

The team also determined that nuclear, as well as cytoplasmic PTEN in a tumor, is present; here, it promotes genome stability by maintaining chromosomal integrity and cell-cycle regulation. Therefore, its implication in tumorigenesis is clear. IHC determined low cytoplasmic PTEN or loss of nuclear PTEN expression are associated with rapid time to relapse, as well as poorer survival.

The team notes that the cytoplasmic and nuclear expression show a strong correlation, and so quantifying the intensities of the nuclear and cytoplasmic signals will be beneficial.

The study limitations, as noted by Hamid et al., include a relatively small Caucasian population, with one third exhibiting Gleason disease, which may have exacerbated lethal disease outcomes. Furthermore, tumor heterogeneity could not be ruled out, as tissue microarrays came from specimens, and the cut off for ‘low’ vs. ‘high’ PTEN expression was binary and arbitrary.

As such, no scoring system can be provided, although the scoring used in their study provides guidance for future biomarker scoring. To conclude, ‘PTEN FIHC provides the benefits of automated workflow and quantitation using analysis software and represents a promising assay for further validation efforts as part of the search to identify the optimal strategy for assessing PTEN in prostate cancer.’

This work was support by a Department of Defense grant, the Shawmut Design and Construction PMC Team, and a Fred and Mary Ibrahimi Fellowship. The sponsors played no direct role in the study. No conflicts of interest were declared