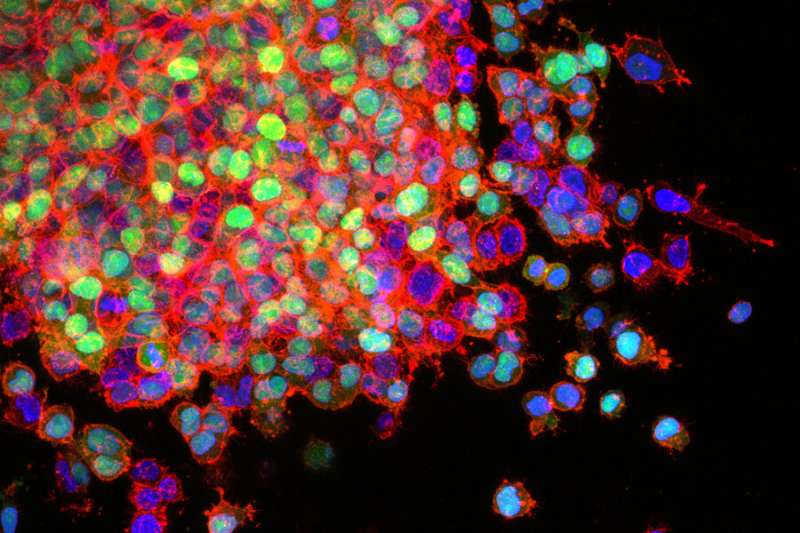 In the fight against severe diseases like cancer, patients often endure a discomforting, weekslong gap between when treatment begins and when doctors can tell if it’s working. The problem often stems from an inability to track the disease’s progression in anything close to real time.

Now Glympse Bio, a startup spun out of the lab of Sangeeta Bhatia, the John J. and Dorothy Wilson Professor of Electrical Engineering and Computer Science at MIT and director of the Marble Center for Cancer Nanomedicine, is working to shine a light on disease activity using tiny synthetic biosensors. After being injected into the body, the sensors travel to the disease site and measure protein changes associated with that disease. The sensors are then excreted in urine and analyzed using standard laboratory techniques.

“When a patient is put on a medicine, it’s really a waiting game,” says Bhatia, Glympse Bio co-founder who is also a member of MIT’s Koch Institute for Integrative Cancer Research and the Institute for Medical Engineering and Science. “There’s often nothing to do but wait to see if a disease is responding. We hope this technology can provide information to clinicians and patients earlier.”

Glympse recently completed a Phase 1 trial of its sensors in patients with non-alcoholic steatohepatitis (NASH), a potentially deadly liver disease estimated to affect about 12 percent of adults in the U.S. Because the current process for diagnosing NASH involves sampling a piece of the liver through a biopsy, it often remains undetected until the disease is in its most advanced stages.

Glympse is also tuning its sensors to track the progression of certain cancers, infections, and inflammation. Success in those fields would give drug development companies, doctors, and patients a potent new tool in the fight against an array of life-threatening diseases.

“With this platform you open up several different universes,” Glympse CEO Caroline Loew says. “For diseases that are harder to diagnose, you get to diagnose them faster, you get to be able to develop drugs for them more effectively, and you get to treat them faster.”

Like many great scientific advances, the discovery that led to Glympse was serendipitous. Around 2008, Bhatia’s group was using tagged magnetic particles that travel to tumors in the body, where they could reveal their location through an MRI scan. In every cancer experiment, the researchers noticed the bladder lit up with the tag.

“We realized we didn’t need an imaging machine anymore, we could just give a shot and do a urine test,” Bhatia says.

By 2012, Glympse co-founder Gabe Kwong, a postdoc in Bhatia’s lab between 2009 and 2014, had developed the tagging technology enough to map changes in protein activity to the progression of multiple diseases. Some of that early work was funded, in part, by the Koch Institute Frontier Research Program.

After some encouragement from her colleagues, Bhatia assembled a team of advisors including Institute Professor Robert Langer and secured a grant from MIT’s Deshpande Center to start the company. Bhatia eventually took a sabbatical from MIT to help the company identify its first target, NASH, raise venture capital, secure a partnership with the pharmaceutical company Gilead Sciences, and understand how the sensors would be regulated by the Food and Drug Administration.

The progress was enough to attract Loew, who had spent her career helping large pharmaceutical companies develop drugs. Loew says she was impressed by the breadth of insights Glympse could glean with its biosensor platform, which measures the activity of enzymes called proteases that are altered in a variety of serious diseases.

Loew led the company as its focus has broadened from diagnostics to precise disease tracking during treatment.

“We began thinking about earlier cancer detection because you can save a lot of lives by finding cancer early,” Bhatia says. “Now we’re realizing that we can potentially understand whether new drugs are working and if the patients are on the right medicine.”

The company believes it can understand not just if a specific drug is working but how it is working through protease data.

“We can help determine whether the drug is activating at a site of engagement, we can tell mechanisms of action because there’s specific protease activity that’s associated with that, we can determine through a course of treatment whether the disease is increasing or decreasing, we can track all that through a protease signature,” Loew says.

A platform with potential

Through its partnership with Gilead, Glympse’s technology is expected to move into efficacy trials with NASH patients later this year. The company hopes those trials show the power of its approach for gathering previously unattainable data.

Those insights could also transform treatment. Looking forward, Glympse hopes to help clinicians make care decisions for patients based on both real-time disease response and how the disease has responded in similar patients at similar stages of treatment.

That would represent a paradigm shift in areas like cancer immunotherapy, in which doctors often must make do with little information for months after treatment begins.