The order to modify the wiring would apply to the nearly 800 Max plans already produced, including those already in the hands of airlines 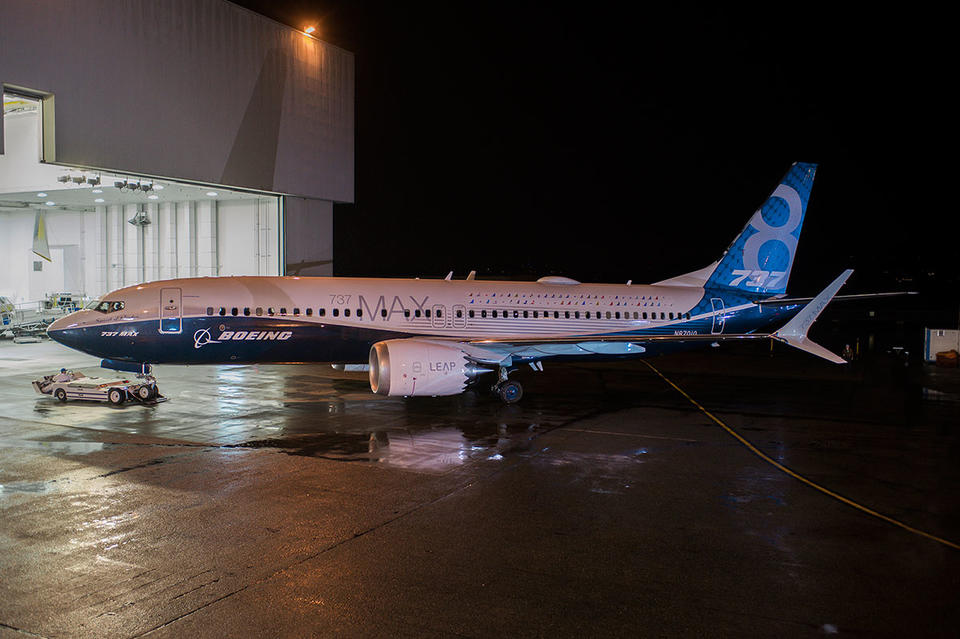 “The aircraft will be cleared for return to passenger service only after the FAA is satisfied that all safety-related issues are addressed,” it added. Image: Boeing

US aviation regulators plan to require Boeing to rewire all 737 Max aircraft before allowing the troubled planes fly again, the Wall Street Journal has reported.

The MAX has been grounded worldwide since an Ethiopian Airlines flight crashed shortly after take-off last March, less than six months after the same model was involved in a similar fatal accident in Indonesia.

Both accidents saw uncontrolled drops in the aircraft’s nose in the moments before the planes crashed, which investigators have blamed on the model’s anti-stall flight system.

Regulators have since concluded that the current wiring layout violated safety standards to prevent short-circuits that could cause similar sharp drops in aircraft pitch, the newspaper said Sunday.

The order to modify the wiring would apply to the nearly 800 Max plans already produced, including those already in the hands of airlines, according to the report.

The Federal Aviation Authority said in a statement that it was working with the company to “address a recently discovered wiring issue” on the aircraft but did not confirm the Journal’s report.

“The aircraft will be cleared for return to passenger service only after the FAA is satisfied that all safety-related issues are addressed,” it added.

Boeing told AFP it was discussing the wiring issue with regulators but still expected the planes to return to service mid-year.

All 157 people aboard the Ethiopian Airlines jet were killed when it crashed shortly after take-off from Addis Ababa last March.

It followed the October 2018 crash of a 737 Max operated by Lion Air in Indonesia, which killed 189 people when it crashed moments after leaving Jakarta airport.

Boeing was accused of brushing off the concerns of engineers to release a “fundamentally flawed” aircraft by a damning US congressional report earlier this month.

The investigation also said the FAA had failed to exercise its oversight of the company and ignored warnings about the aircraft’s safety flaws from its own experts.

Say Goodbye to 2020 by Freezing and Smashing All the Items That Represent Your Worst Memories of the Year
Recent Posts
This website uses cookies to improve your user experience and to provide you with advertisements that are relevant to your interests. By continuing to browse the site you are agreeing to our use of cookies.Ok