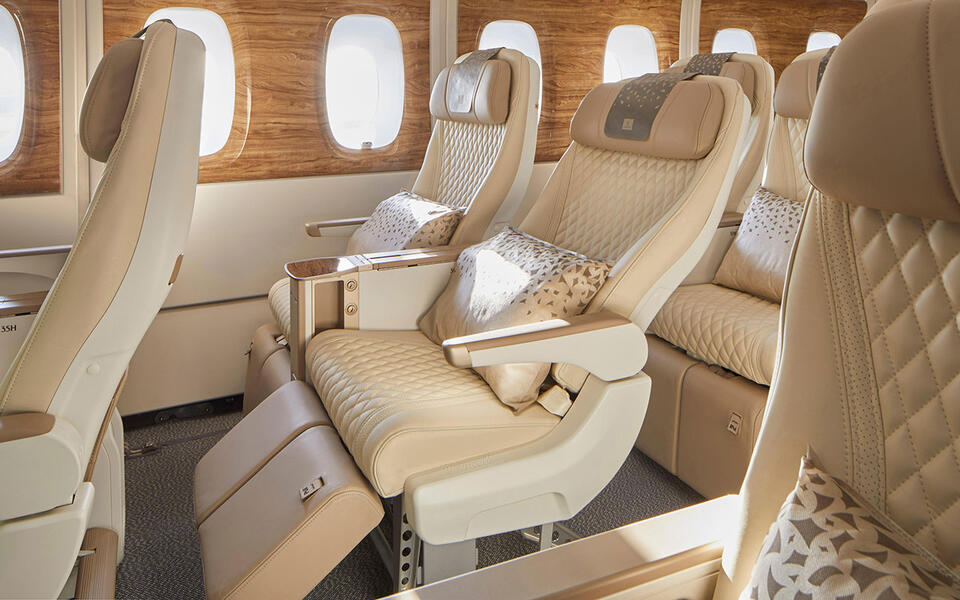 Emirates has announced that it will deploy its latest flagship A380 aircraft featuring new premium economy seats and enhancements across all cabins to London Heathrow.

Starting from Monday, passengers flying between Dubai and London Heathrow can experience the new look aircraft which was unveiled by Emirates last week.

Operating as EK003/004, the aircraft is scheduled to depart Dubai daily at 2.30pm, arriving at 6.20pm in London Heathrow. The return flight departs London at 8.20pm and arrives in Dubai the next morning at 7.20am. All timings are local.

Emirates’ latest @Airbus A380 with Premium Economy and refreshed interiors across all cabins will make its debut on 4 January to London @HeathrowAirport. https://t.co/[email protected] #FlyEmiratesFlyBetter pic.twitter.com/EuXXX8GbuH— Emirates Airline (@emirates) January 3, 2021

Emirates last week unveiled its latest A380 with new premium economy seats that offer a seat pitch of up to 40 inches, in addition to new economy class seats similar to those installed on its latest Boeing 777-300ER aircraft, and enhancements to its popular A380 First and Business Class.

Until more Premium Economy seats enter its inventory, the airline intends to offer these as spot upgrades for its customers on a discretionary basis.

Emirates currently serves London Heathrow with five daily flights of which four are operated with an A380. The airline also operates 10 flights a week to Manchester, and daily flights to both Birmingham and Glasgow.

Emirates serves 99 cities across the world and is gradually growing its network following the coronavirus crisis.

Last week, Sir Tim Clark, president Emirates Airline said: “The Emirates A380 is already one of the most sought-after travel experiences in the skies, and now we’ve made it even better. While others cut back, Emirates is working hard to restore the products and services that we’ve had to suspend or adjust due to pandemic precautions, and introduce new offerings and enhancements.”

The airline received its newest A380 aircraft from Airbus in December and its remaining order of five A380s will also be delivered with premium economy cabins over 2021 and 2022.

The premium economy cabin will 56 seats in a 2-4-2 cabin layout.

With a pitch of up to 40-inches, Emirates’ premium economy seat is 19.5 inches wide, and reclines 8 inches into a comfortable cradle position with ample room to stretch out.

Each seat has a 13.3″ screen, one of the largest in its class as well as easily accessible in-seat charging points, a wide dining table and side cocktail table.

Emirates premium economy is located at the front of the main deck, with two lavatories dedicated to customers.