The Balearic Islands are a popular holiday destination for British tourists. Travel abroad to more than 50 countries without mandatory quarantine upon their return was opened up to Britons earlier this month. The compulsory quarantine has been reimposed to travellers from Spain, but are the Balearics included in the quarantine?

Coronavirus cases are rising in Spain which prompted the Government to impose an immediate two-week quarantine for anyone returning from Spain on Saturday night starting from July 26.

Ministers imposed restrictions on travel from Spain following new outbreaks of coronavirus which prompted Spanish health officials to warn of a potential second spike in infections.

The Foreign and Commonwealth Office’s travel advice now warns against all but essential travel to the country.

Around 600,000 Britons are currently in Spain, where they are permitted to stay for the remainder of their holiday.

But they will have to self-isolate for two weeks upon their return. 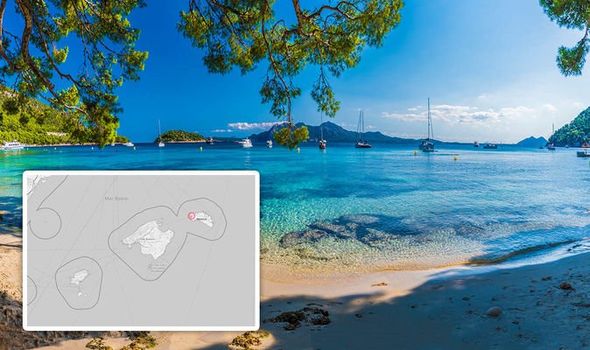 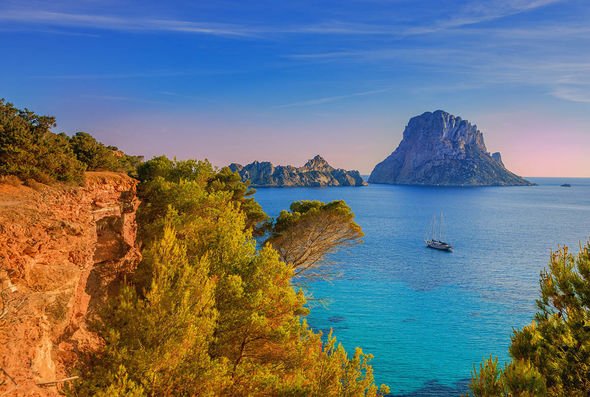 Travellers arriving into England, Wales, Scotland and Northern Ireland are all affected by the new mandate.

Travellers will be asked to provide an address where they intend to self-isolate for 14 days and can be fined £100 for failing to fill in this form with these details.

One in five eligible passengers will be called or texted to ensure they are adhering to the rules.

Those who fail to self-isolate may be fined up to £1,000 in England, Wales and Northern Ireland, while those returning to Scotland could be fined £480, with fines up to £5,000 for persistent offenders. 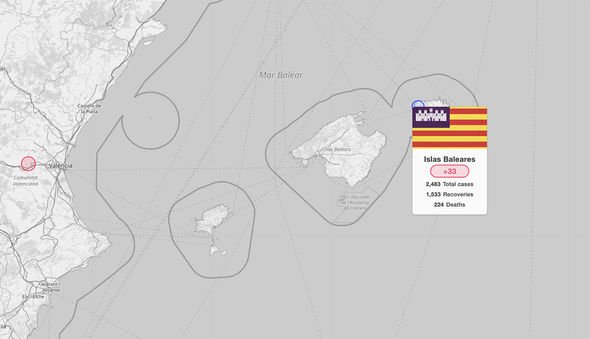 The two-week infection rate in Spain is 39.4 cases per 100,000 people according to the latest figures, which is a rise of 260 percent.

Coronavirus data up to July 19 suggested there were lower rates of infection in the Balearic and Canary Islands than in mainland Spain.

Cabinet Office Minister Michael Gove said he cancelled a holiday to the Balearics after the change in quarantine rules was announced on Saturday.

But are the Balearic Islands included in the quarantine?

On July 25, the Government warned against all non-essential travel to mainland Spain.

The advice was in response to several spikes of coronavirus infection in the northeastern provinces of Aragon, Navarra and Catalonia.

Less than two days later, the Foreign Office has advised against all non-essential travel there to the Balearic and Canary Islands.

The FCO now deems all of Spain to constitute “an unacceptably high risk for British travellers.” 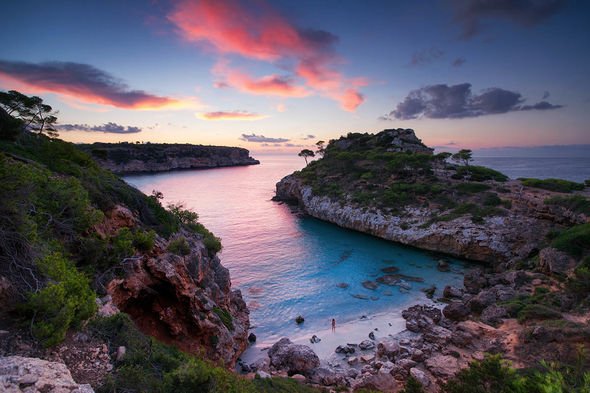 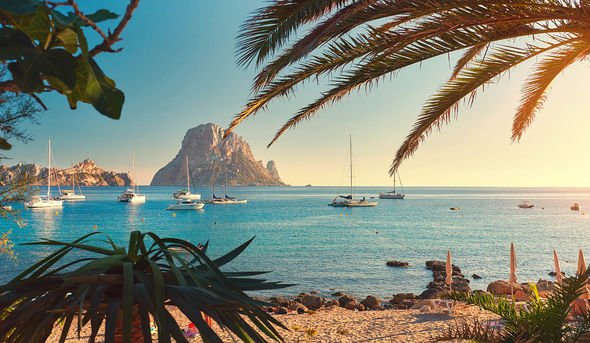 Tui has cancelled holidays to the Balearic Islands and Canary Islands only up to and including Friday, July 31.

Holidays to mainland Spain are cancelled up to and including Sunday, August 9.

Talks are underway with Spain regarding easing quarantine rules for the Balearic and Canary Islands according to a Government source.

This move would enable those returning from these islands to avoid the 14-day quarantine.

A government source said there are no plans to change the rules, while Downing Street said “no travel is risk-free”.

The quarantine affects Britons coming back from the following areas: