Britain at its best: A Dickens of a town in the heart of Medway, Kent, that inspired Great Expectations

Almost 150 years ago Charles Dickens went for a walk through The Vines, a garden in the centre of Rochester.

Next door was Restoration House, a gloomy pile that became the inspiration for the cobweb-strewn home of his famous character, Miss Havisham.

It was June 1870 and Dickens, now in his late 50s and living near his hometown on the northern fringes of Kent, was attempting to find inspiration for his new novel, entitled The Mystery Of Edwin Drood. 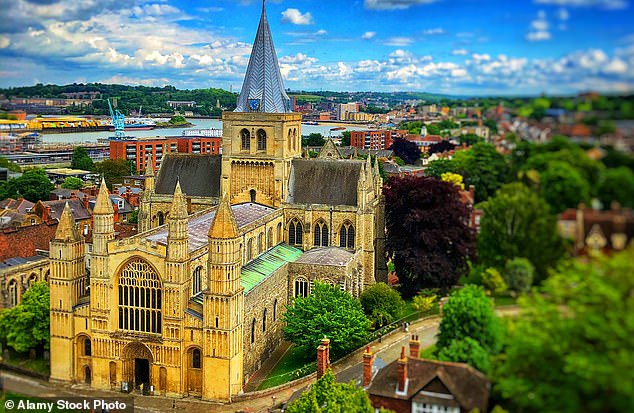 Rochester was a town he adored, having written of the place: ‘Its antiquities and ruins are surpassingly beautiful with lust ivy gleaming in the sun and the rich trees waving in the balmy air.’

The walk was the last he would ever take. He died three days later with his novel only half finished.

To mark the 150th anniversary of Dickens’ death this year, Rochester will be opening a gallery focusing on his life, and there are plans afoot to restore the butterscotch coloured chalet, currently closed to visitors due to its fragility.

In the meantime, there’s a growing sense that the economic hardships which the Medway area suffered following the closure of Chatham Dockyard in the early 1980s, may be coming to an end.

‘In the past, people identified themselves as being from either Rochester, Chatham, Rainham, Stroud or Gillingham,’ says Celia Glynn Williams who works as part of the team bidding to make Medway the 2025 UK City of Culture.

We sip damson-flavoured Dockyard Gin, distilled on site in the vast brick edifice of a former Victorian pump room by the side of the wide, silver and grey Medway river. 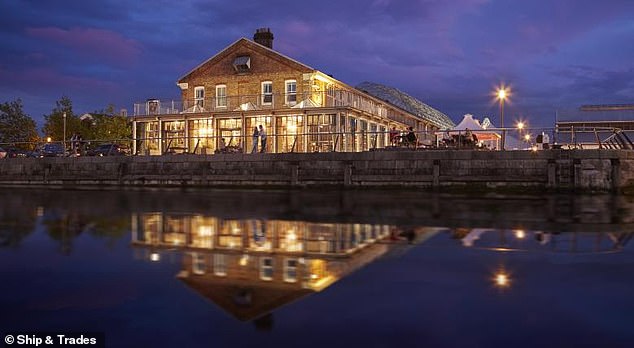 B&B at The Ship and Trades, Chatham, from £100 (shipandtradeschatham.co.uk). For more information, go to visitmedway.orgvisitmedway.org.

This river was the scene for one of the great humiliations in British military history. In 1667, a Dutch flotilla, in an attempt to get to London, got as far as the Medway towns and captured the HMS Royal Charles, the flagship of the English fleet, before eventually withdrawing, taking the Charles home with them.

King Charles reacted by refortifying the Chatham Lines, a complex system of defences and ditches.

Neglected for nigh-on a century, this year has seen stretches of the lines just outside Chatham cleaned up with an outdoor amphitheatre (called the Chatham Witch) being built out of an old ammunition base, and new walking trails which have views over gently undulating greenery, the historic docks and the Norman era Rochester Castle.

The Dockyard, a submarine base during the Cold War, is now a heritage site open to visitors.

I spent an afternoon clambering around the HMS Cavalier, the last surviving World War II destroyer, and the claustrophobic interior of the HMS Ocelot, a submarine that was in active service until as late as the 1990s with bunk beds for 60 men that look barely big enough to fit a cocker spaniel.

More comfortable beds are on hand at The Ship and Trades, a maritime-themed hotel and restaurant near Chatham Marina.

Looking out over the masts of the yachts to the plush apartments on St Mary’s Island, scrubland until just four years ago, it’s hard not to agree that this is a region with some Great Expectations for the future.