Britain at its best: Tea at Bettys and an invigorating Turkish bath in pretty Harrogate

The disappearance of Agatha Christie in December 1926 made headlines across the world. After 11 days of speculation, and with 1,000 officers searching, the crime writer was finally spotted dancing at the Swan Hydropathic Hotel in Harrogate, North Yorkshire, unaware of all the commotion she had caused.

It is thought she fled to escape her broken marriage — and checked in using the name of her husband’s mistress — after seeing the twee town’s charms advertised on a poster at a train station.

But you don’t need to be going through a crisis to have an excuse to visit prim and pretty Harrogate, which regularly tops the polls as the happiest place to live. 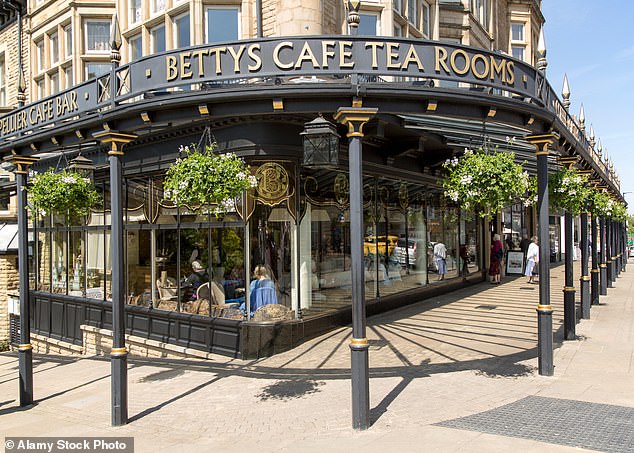 The town owes its original prosperity to a string of spring wells discovered in the area in 1571. The curative powers of the waters (high in iron, sulphur and salt) were popular with perennially blocked-up Tudors and were soon used to treat everything from scurvy to skin conditions and epilepsy.

Before dipping our toes into the spa scene, my mother and I learn more about Harrogate’s history at the stinky Royal Pump Room museum, home to the strongest sulphur wells in Europe. We hold our noses while browsing displays of old-fashioned shops and a terrifying Victorian colonic irrigation device, then hit the nearby Turkish Baths.

The recently restored 19th-century building is an enchanting mix of Victorian and Arabic style, with Moorish arches and mosaic and marbled terrazzo floors. We spend an invigorating two hours hopping between the eucalyptus-scented steam room, a trio of beautifully tiled saunas (ranging between 28c and 70c) and the freezing plunge pool.

It’s easy to see why the great and good, including Lord Byron, used to travel here to take the waters of the 85 springs and wells in Georgian times.

The only way to follow this is with champagne and tangy lemon scones at Bettys Cafe Tea Rooms.

Pinafored waitresses with plaits have been serving cream teas here since 1919. Bettys, now a Yorkshire institution, has somehow managed not only to survive the deluge of coffee shops that now dominate our high streets, but celebrate its centenary last year in prosperous health (it turned over £208 million in 2018, with a group operating profit of £11.2 million). 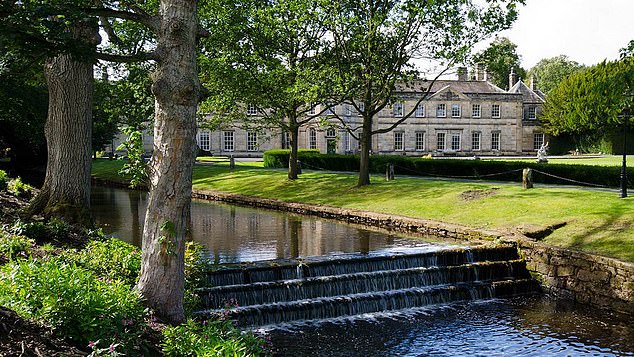 During the 20-minute drive north from the town to our base for the weekend, the very grand Grantley Hall, our taxi driver Andrew talks proudly about the town’s wealthy residents. ‘There are now more millionaires in Harrogate per square metre than in any borough of London,’ he tells us. Though this undoubtedly isn’t true, I can see why you might think so; Porsches, Ferraris and BMW 4x4s with personalised plates whizz by as we pass posh, honey-stone stores.

We find more swanky cars outside Grantley Hall, which has been attracting the rich and famous since it opened its doors last July.

The 18th-century Palladian pile has been transformed from a dilapidated adult education college into a glittering spa hotel by Valeria Sykes — ex-wife of property billionaire Paul Sykes — who pummelled £70 million into the project after spotting the ‘for sale’ sign in 2015 while driving past.

The charming staff wear thick, woven waistcoats and have even thicker Yorkshire accents. They hand out wellies, chunky socks and branded waterproof coats on our last morning, as we head outside to trudge in the 4 in of fresh snow.

We spend an hour walking around the impressive grounds before hopping into the spa’s hot tub.

Though it’s early days for Grantley Hall, it’s a delightful addition to the region’s thriving spa scene — and one that I’m sure will one day join the ranks of other much-loved Yorkshire institutions.