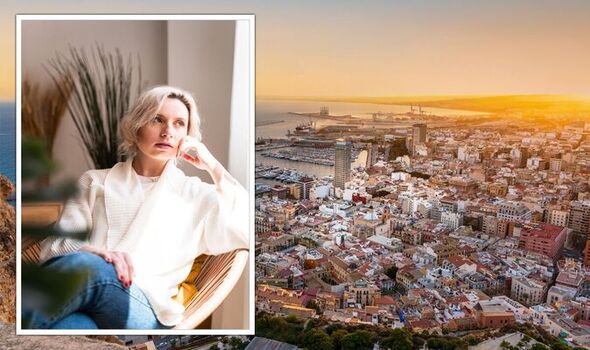 There are many expat communities in Spain and a lot of Britons choose to live near the coast. Expats have been sharing the challenges of living in Spain.

On Reddit, a Briton thinking of moving to Spain, asked current expats about some of the things they didn’t like about living there. The new expat wanted to prepare for the worst.

An expat said they had lived in Spain for around a year and said that although they “loved” the experience, it was far from “perfect”.

They said: “Notorious bureaucracy. You basically need to run from one faceless Government office staffed by miseries to another just to be told you have the wrong thing or took the wrong ticket and need to do it all over again. When factoring in the awkward business hours and siestas, it really is a pain.”

Spanish bureaucracy has a reputation for being more complicated than administration in the UK. In Spain, a lot of essential admin has to be done in person.

British expats are likely to only face more complications after Brexit. Since the UK left the EU, British citizens are only allowed to stay in the EU for 90 out of every 180 days.

Potential expats will need to apply for Spanish residency which has to be done from within the UK. This has created issues for some expats who hadn’t registered before Brexit.

The expat added: “Lack of international food/multiculture compared to the UK. As much as I loved Spanish food, I couldn’t live on tapas or paella everyday.

“Coming from a big city in the UK, I found myself craving a good curry, greasy burger or bangers and mash more than I’d admit.”

Although big cities in Spain will have a diverse range of cuisine, smaller towns may only serve Spanish food.

Literally translated, mañana means tomorrow morning in Spanish. Mañana attitude is a term for the laidback nature of life in Spain. The pace of life is generally slower than in the UK.

While some expats may find this a challenge, others choose to move to Spain because they are looking for a slower lifestyle. Britons will also need to adapt to siesta culture.

Although this is becoming less common in some areas of Spain, many shops and businesses close down during the middle of the day. On the other hand, shops are often open far later than in the UK with even children out late at night.

Many supermarkets in Spain still mark Sunday as the day of rest and it can be difficult to pick up groceries at the end of the weekend. Many Spanish people spend Sundays at home with their families.

The expat said they had also found it difficult to make friends in Spain as it was tricky to build deep relationships. This can be the case for expats all over the world.

They said: “While the Spanish are friendly and polite and generally great people, it can be hard to form deep friendships due to culture or language differences, especially as many of them formed their own cliques at a young age.

“Expats are always an option but depending on the area you live in, many of the other British expats will either be jaded seniors, Spain-bashers or there may be no expats at all. Dating as a single guy can be tough too.”

As an expat it can be tricky to build local friendships, especially if they don’t have a grasp of Spanish. Learning the language is a great place to start and expats could also try joining clubs.

Many British people move to Spain after looking for a ‘place in the sun’. However, the expat warned the weather might not be as warm as people expect.

They said: “Surprisingly cold in winter. While it’s true that sunshine hours and temperatures are generally better than the UK, don’t be misled. It can be chilly and it rains quite a lot like in the UK. Don’t leave your coats and winter woolies at home, it isn’t Thailand!

“What makes this worse is a lot of the apartments are poorly insulated and can feel just as chilly as the air outside.” Spanish apartments may not have central heating.

Expats should also be aware that temperatures vary widely across Spain and the north of the country can have very harsh winters. The Canary Islands generally experience the warmest winters in Spain.