Britain at its best: Exploring the historical city of Ely, which has a stunning cathedral and sits in a landscape that’s perfect for narrowboat holidays

By night, it looks like a Space Invader. You see it from a great distance, lit white and hanging eerily above the flat, ink-black land. The Ely Octagon: the most remarkable feature of England’s most remarkable cathedral. As though it were built by aliens: which, of course, it was.

William the Bastard and his Norman conquerors had it easy as they marched north from Hastings. London fell easily, then Colchester, Stansted, Cambridge. The loot they seized paid for the castles they flung up to consolidate the regime change.

The model worked with ruthless efficiency, until Ely. There, things began to unravel. 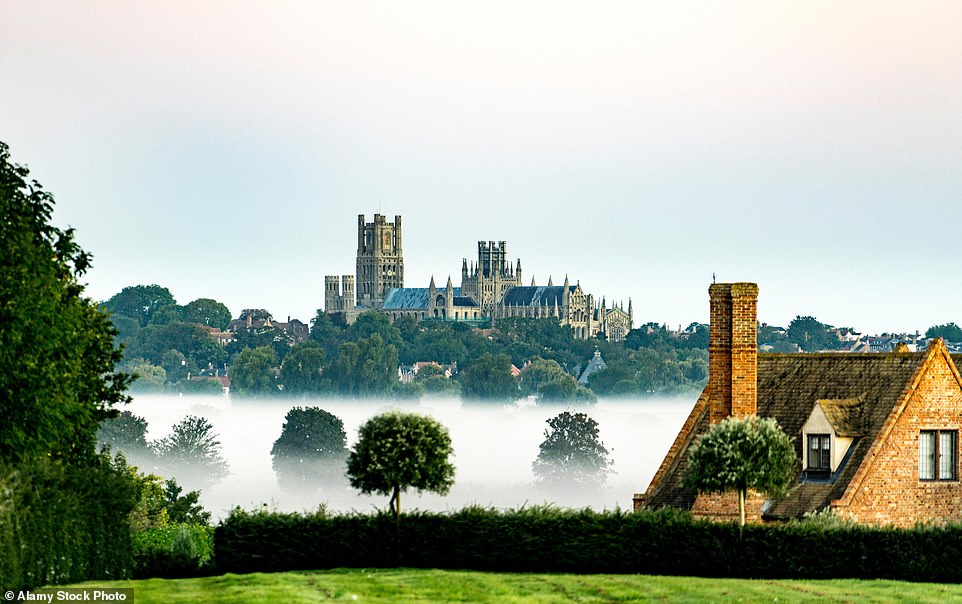 England’s eastern seaboard was different from the shingle and solid cliffs of Pevensey Bay. This was semi-tidal marshland: shifting, mysterious, unreadable. The backwaters of the Wash formed soggy meres, reedbed cover, mists, will-o’-the-wisps and quagmire. In heavy armour, riding heavy horses, and duped by Hereward the Wake’s guerilla resistance, the French were literally sunk.

Founded in the 6th century, Ely was queen of all the East Anglian monasteries — and she held out longest, until her treacherous abbot betrayed Hereward, and The Last Englishman finally capitulated. The abbey burned, and the conquerors replaced it with today’s cathedral, whose soaring buttresses and miraculous octagonal central lantern appear defiantly French.

The monks subsisted largely on eels. Hence the name, Ely. For centuries, this vast flat landscape was the province of their osier trappers, wildfowl hunters on their punts and thatchers gathering the reeds.

Today, under huge skies, birdwatchers, photographers and cyclists can relish a landscape unique to England. Another invasion, that of William of Orange’s six centuries later, would drain the swamps. Pioneering Dutch engineers dug channels and built windmills to pump the water into the Wash. 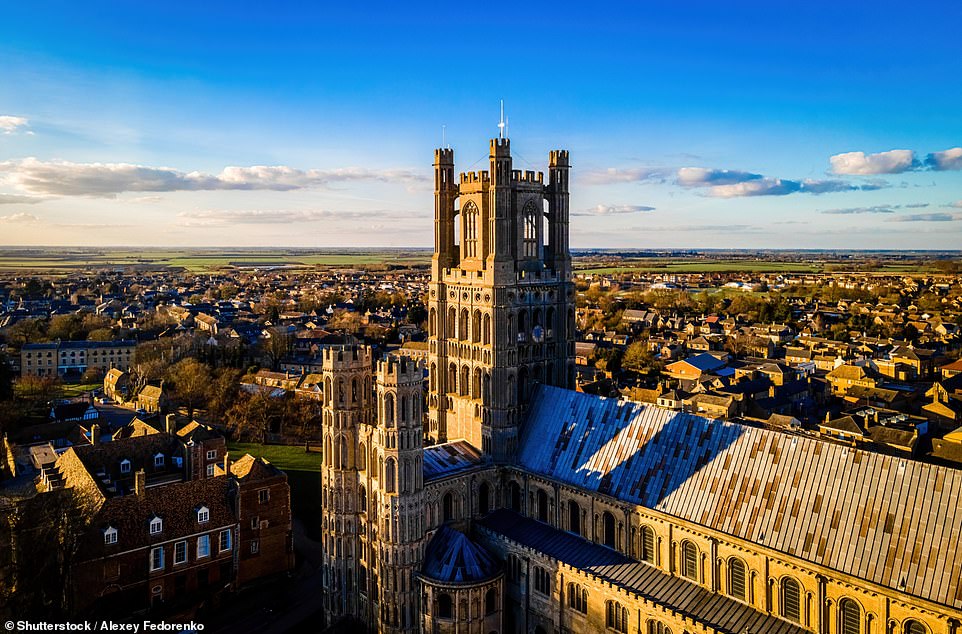 Today’s oarsmen prize these long clear stretches of water: the lockdown Boat Race was staged here. These waterways and their riverbank pubs are perfect for narrowboat holidays.

At Ely’s marina, cabin boats can be hired out. Not far away is Ely’s respected Waterside Antiques Centre in a maze of former granary maltings.

Thanks to a new chain of wetland sanctuaries, the wildfowl are returning. At Welney, in winter you can see the migratory swans being fed. Wicken Fen is adorned with a beautiful bird hide, The Mother, and at Lakenheath, next to the American airbase out of which roar supersonic fighter jets, is the RSPB mereland which resounds instead to the boom of bittern.

Ely’s railway station, with its direct links to London, Norwich, King’s Lynn, Manchester and Liverpool, is the gateway to all this. If eco-tourism, which requires neither jet travel nor kennelling, is with us to stay, then Ely is in for a boom. But a third invasion is taking place. Nearby North Cambridge — Eldorado for the techno-industries — is mushrooming, endangering the fragile magic of this landscape. And swathes of new housing is rampaging to the north of Ely.

The southerly views have for now been protected by the water-meadows’ purchase by, of all people, Jeffrey Archer: they are seen to their staggering best from the newly-refurbished Ely Old Hall hotel.

Legend says Hereward was not killed, but transformed into a white wolf, to return at greatest time of threat. To Hereward, this landscape would still be familiar. To those for whom it is unfamiliar, it offers riches. Let’s hope a white wolf stalks the corridors of the city planners because you don’t know what you’ve got till it’s gone.