The Inspector visits a Buckinghamshire hotel with ‘impressive gardens’, but he’s not so keen on his ‘charmless’ bedroom or the ‘soulless’ restaurant

Horwood House is a magnificent manor built in 1911 with a long drive, mullion windows and impressive gardens. It used to be owned by the De Vere group, when it was known primarily as a conference hotel. In 2019 it was bought by Karim Kassam, the head of Ziz Properties, for £15.5 million and has had several more millions spent on it.

Mr Kassam says he wants to attract the ‘leisure market’ but I fear it’s a lost cause. The various extensions and redbrick wings are so ugly that you feel sorry for the main house presiding over such an unsympathetic sprawl.

When I arrive after dark in a taxi from nearby Milton Keynes station, the driver stops outside the front door but it’s all locked up and dark. 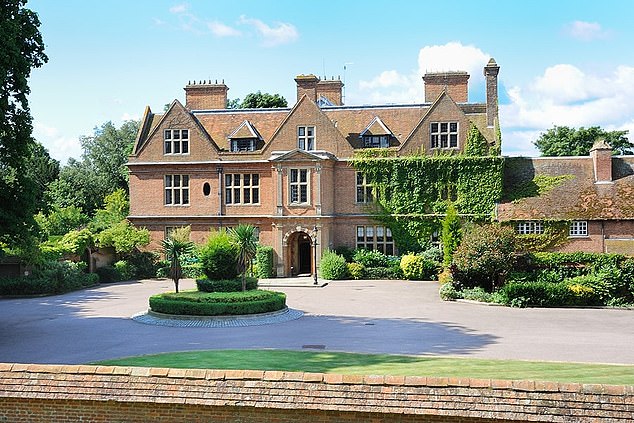 ‘Horwood House (pictured) is a magnificent manor built in 1911 with a long drive, mullion windows and impressive gardens,’ writes the Inspector

The reception area has been moved round the corner behind automatic sliding doors, where gold radiators and laminated flooring give way to a modern version of swirly whirly carpets, with signs everywhere telling you how to get from A to B.

The sorry truth is that the signs come in handy because there are so many corridors, so many little staircases, so many identical sharp turns.

There are more than 150 rooms; a spa (with indoor pool and gym) and ten ‘event spaces’. My dinner, bed and breakfast package costs £139, which is good value, except that the room, although immaculately clean, is lacking in charm. It reminds me of an airport hotel — and there is always something dispiriting about anti-theft hangers. 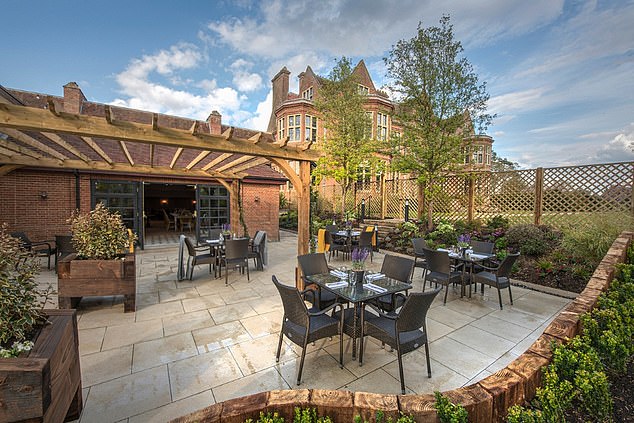 An outdoor terrace at the hotel. There are more than 150 rooms at Horwood House, as well as a spa and ten ‘event spaces’

Doubles are priced from £87.

There are two restaurants but only one is open for dinner. It’s a soulless, clanking, canteen-style space but the main horror is my salt and pepper squid, which looks as if it has just been thawed from the freezer and popped in the microwave. The accompanying tomato salsa has a strange aftertaste.

I retreat to my room and sleep soundly before taking an early morning walk around the grounds. Percy Thrower (Blue Peter, Gardeners’ World) grew up here because his father was the head gardener.

Breakfast is served in the 1911 restaurant, where you help yourself to coffee from a vending machine and a spartan buffet is on offer. I order scrambled eggs on brown toast. The eggs are powdery but the coffee is surprisingly good.

Mr Kassam was brave to take this on. Let’s hope the corporate world will come to the rescue.