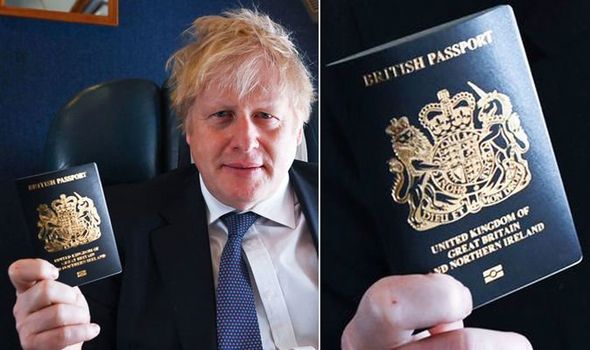 The new blue British passport has been revealed in new pictures published by the government on Twitter. Prime Minister Boris Johnson has posed with the new travel document in press images.

What is new about the post-Brexit era passport?

Of course, the dark blue colour is one aspect of the passport.

However, the text at the top of the front page has been revamped.

Where it once read “United Kingdom of Great Britain and Northern Ireland” it now simply reads “British Passport.”

“United Kingdom of Great Britain and Northern Ireland” is now below the crest. The golden crest appears larger, also.

The British passport has swapped from burgundy, the colour of EU passports, to the colour it was originally in 1921.

Blue passports will begin to be issue by the end of March. However, the government are going through the last of the burgundy supplies first, so Britons cannot guarantee they will get their hands on one even after March.

Burgundy passports should be entirely phased out by the end of 2020. The Home Office confirmed those issued from mid-2020 onwards will be blue. 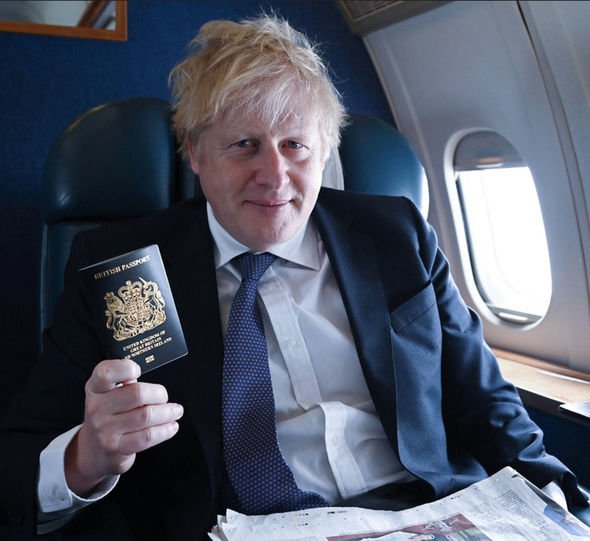 How do you renew your passport? How much does it cost?