Flights can run into all kinds of mechanical errors that leave them waiting on the tarmac before take-off. While some are more serious, others can be solved with a simple bit of DIY until they reach their next destination.

After passengers reported witnessing mechanics fixing a plane with a seemingly household item, insiders explained what was really happening.

One passenger reported the odd incident on a Reddit forum.

They wrote: “Friends of mine were flying back from one of the Thai islands and were sat by the emergency exit.

“A few minutes before they took off, a couple of maintenance guys came on with what looked like the biggest roll of duct tape they’d ever seen, and started vigorously taping up the door. 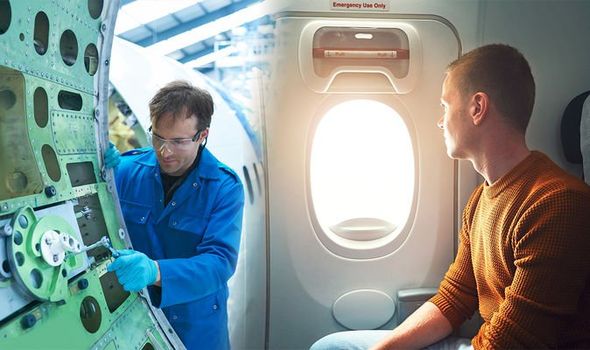 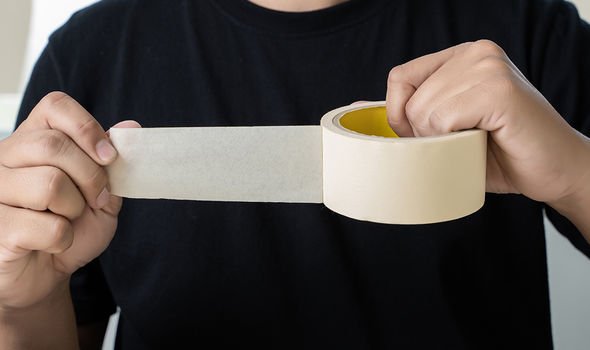 “Flight went fine and nobody mentioned the door!”

The idea of mechanics fixing a door onto a place with duct tape seems absurd, and indeed things aren’t quite as they seem.

A technician soon stepped in to clear the situation up.

They explained: “That stuff was probably just Speed Tape, it’s super heavy duty and made of aluminium. They use it on aircraft a lot, and not even for major repairs, usually for aerodynamic purposes.

“Pretty sure there’s been a few viral cases where passengers freaked out about ground crew taping their plane up before take-off.”

While speed tape may look like duct tape, it is far more durable than that.

This special tape is used not only for aircraft, but also to fix racing cars temporarily too, and can withstand temperatures, moisture, wind, and other challenging conditions.

Though it is certainly not a long-term fix, the tape is a handy alternative until a long-term measure can be implemented. 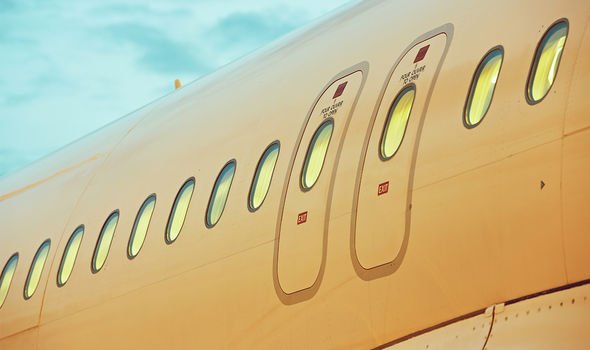 One mechanic recently revealed the amount of pressure they are often under pressure to get aircraft off on time – regardless of the fault holding it up.

“There is constant pressure on both me and the pilots to clear or fly aircraft that have some fairly significant problems,” explained the mechanic.

“I have airlines try to get me to sell some pretty sketchy stuff to the pilots to get them to fly and avoid a costly delay.

“I have no problems telling a pilot to call his controllers/dispatchers and tell them to f*** off if I’m not comfortable with whatever concoction of deferral action I was asked to perform. 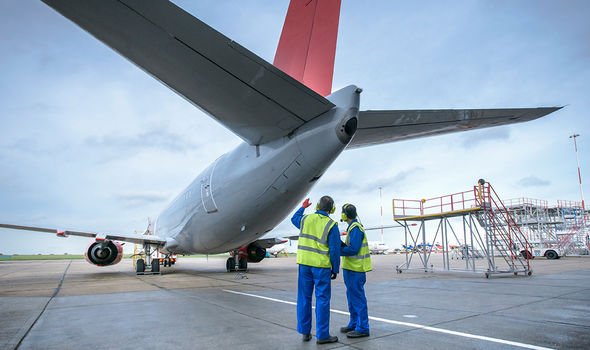 “Don’t get me wrong, the airlines would never willingly fly an unsafe aircraft. But if there is say an engine vibration that is just right at a hair under the limit they will fly it.

“If the oil is super low but servicing it will cause a delay-service it at the next stop.

“If the pilot encounters something at altitude that I can’t duplicate on the ground-sign it off and see if it happens again.

“Those are the ones I usually push back on, depending what it is.”

This is why, although delays are tiresome, they are often paramount in ensuring the flight takes off safely.

“If your flight has a maintenance delay and there is no on station mechanics for that carrier I get called. If it’s a quick fix, I fix it.

“If not we check to see if it can be deferred to get fixed later,” the mechanic added.