Air travel is nothing like it was as little as one year ago thanks to the coronavirus pandemic. Though some air travel has resumed since the major lockdown in the spring months, many passengers have concerns over inflight safety.

One such traveller was pictured on a recent flight, where they had taken social distancing to the extreme.

Though almost all airline as enforcing the mandatory use of face masks now, as well as increased cleanliness onboard, it seems that wasn’t enough for one person.

An image of the moment has been shared on Instagram account @PassengerShaming, where it has received a mass of comments.

In the photograph, the passenger can be seen seated in what appears to be the economy cabin of an aircraft. 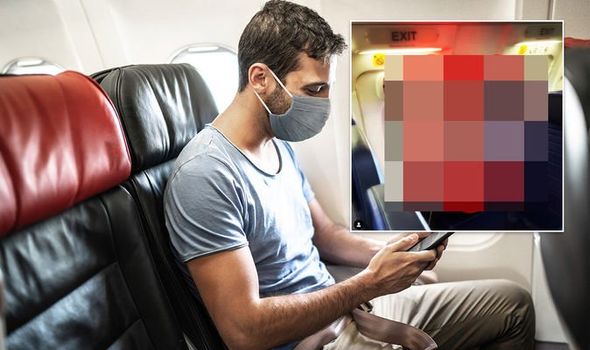 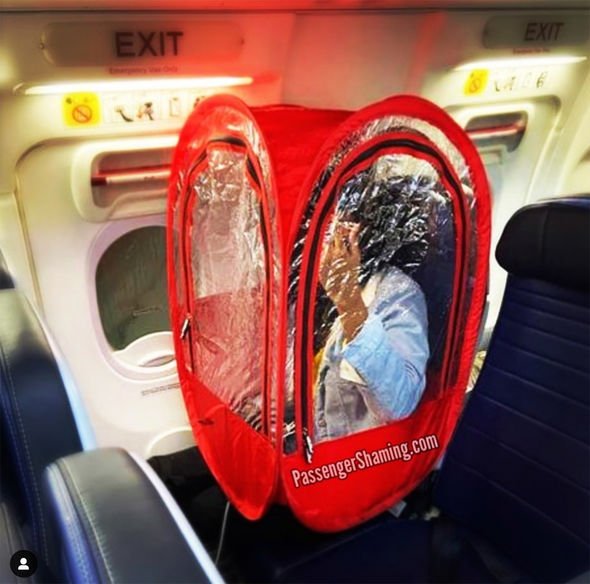 Nothing about the passenger is unusual, except of course, for the fact they are sat in a large, transparent, plastic tent.

The tent, which has red trimming and clear windows all-around, has a series of small zipper panels which can be opened for access.

Though the traveller was likely well-intentioned in their social distancing move, it has been condemned by onlookers.

This is largely because they are seated directly beside an emergency exit door.

Aisles near these doors are used for passengers to escape from in the event of an unexpected emergency.

What’s more, the passenger seated beside them usually has the responsibility of opening the door.

Yet, with the tent firmly surrounding them, commenters argue the traveller’s decision does more harm than good.

One flight attendant commented on the image, saying: “This is ridiculous. And they damned sure shouldn’t be allowed at an exit row with this contraption. Speaking as a flight attendant.” 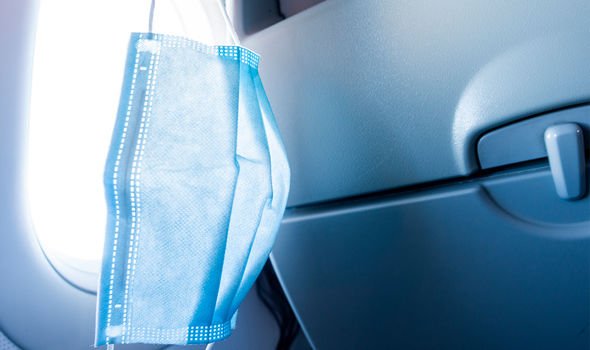 A second person wrote: “If you want to use that type of contraption, fine.

“Just not in the exit row. Clearly, an obstruction that should be prohibited.”

A third added: “Something tells me this might obstruct an evacuation and prob shouldn’t be in the exit row.” [SIC]

Others simply felt that the use of the plastic contraption was a step too far, even in the midst of the pandemic.

“Absurd. People have lost their minds,” commented one viewer.

A second added: “How did this person even breathe and not suffocate? We’re told when we’re little children not to put plastic bags over our head!”

Of course, there were those who applauded the move and even found some humour in it.

“I want one of those for general people avoidance,” joked one Instagram user.

Another said: “I’d use it if it had blackout curtains.”