Coronavirus has thrown the travel industry into an unprecedented state, with airlines across the globe being forced to cancel journeys, severely reduce itineraries and ground huge portions of their fleet. In the UK alone airlines have seen their schedules slashed by up to 95 percent.

Though British Airways, Virgin Atlantic, easyJet and Jet2 are among those who are working with the government to repatriate Britons currently abroad, there remains a massive portion of their aircraft firmly on the ground.

While planes are usually en route to a destination, fuelling up at an international airport, or at a home base patiently awaiting its next lot of travellers, their reality looks for different for the time being.

Images have emerged of rows upon rows of popular airline’s fleet lines up, with no immediate plans to jet off anywhere. 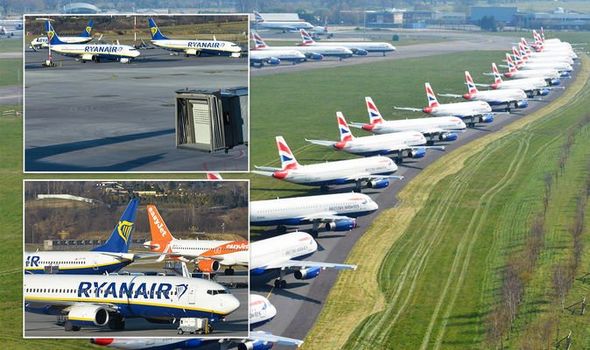 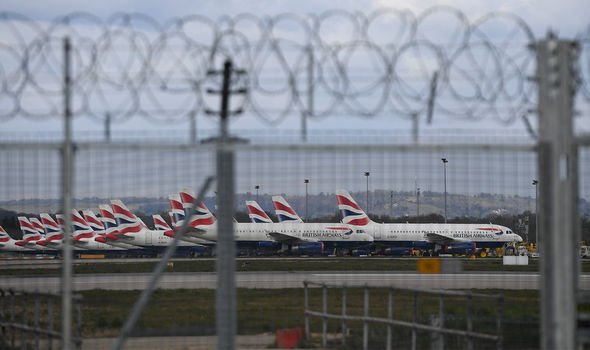 Meanwhile, in the US taxiways, maintenance hangers and even runways have been transformed into special aircraft parking lots.

So, where exactly are UK aircraft being stored amid the COVID-19 crisis?

British Airways aircraft are being stored across the world at various airports, though here in the UK Heathrow, Gatwick, London City, Nottingham, Glasgow and Cardiff Airports have all been reported to be providing a safe haven for the carriers.

Bournemouth airport has also taken on a large number of planes after the capital’s airports reached capacity.

According to The Points Guy UK one of BA’s A380 planes is grounded at London, meanwhile, another is being stored at Manila Airport in The Philippines.

Two 747s are currently parked at Cardiff Airport, and six other 747s are residing at Heathrow.

Cardiff is also housing a Dreamliner, while nine others are at Heathrow having not operated a commercial flight since March 18.

The airline is also reportedly storing some of its fleet in Madrid, and others at Glasgow airport.

Express.co.uk has contacted BA for more insight into where its planes are being stored.

British Airways most recently suspended all of its Gatwick flights, following in the footsteps of easyJet which grounded its commercial planes.

“Over recent days, easyJet has been helping to repatriate customers, having operated more than 650 rescue flights to date, returning home more than 45,000 customers,” the airline said in a statement.

“The last of these rescue flights were operated on Sunday, March 29.

“We will continue to work with government bodies to operate additional rescue flights as requested.

“At this stage, there can be no certainty of the date for restarting commercial flights.

“We will continuously evaluate the situation based on regulations and demand, and will update the market when we have a view.” 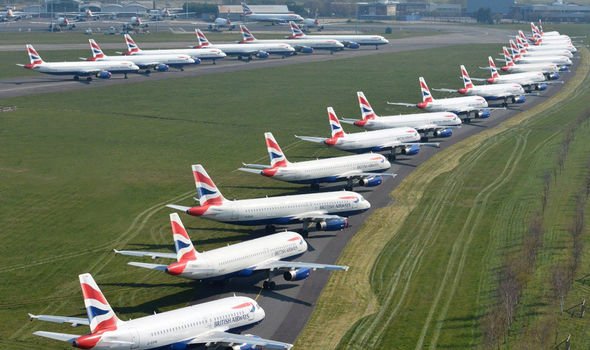 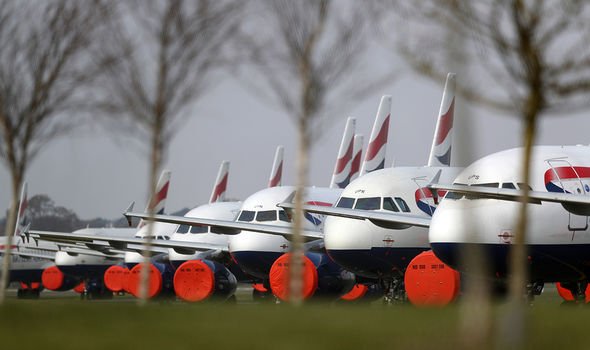 The Luton-based carrier has parked all of its 334 planes, though it is not clear where they are all housed.

Images have emerged showing some grounded flights parked at Gatwick and Luton airports.

In a similar move, Stansted airport’s biggest airline Ryanair says it expects the majority of its commercial flights to be grounded until June.

The Irish carrier said it does not anticipate operating scheduled services throughout April and May, though this is dependant on government advice. 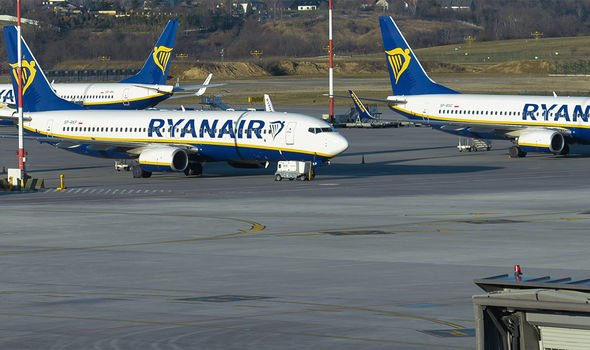 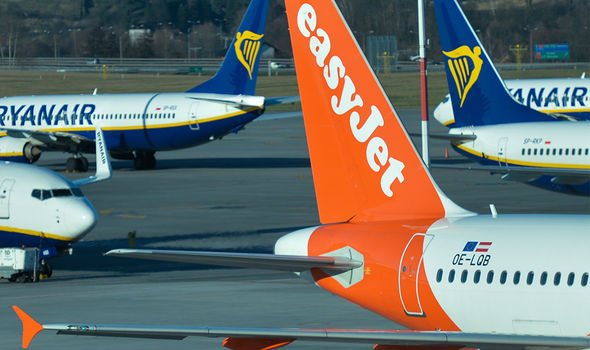 According to the Ryanair website: “We expect that most if not all Ryanair Group flights will be grounded, except for a very small number of flights to maintain essential connectivity, mostly between the UK and Ireland.”

Like most airlines, it is likely a large portion of its fleet will be parked at one of the airline’s main bases, including Stansted and its primary Irish base in Dublin.

Yesterday, Foreign Secretary Dominic Raab explained how the UK government has teamed up with airlines at this time to bring Britons home.

The government has partnered with UK airlines including British Airways, easyJet, Virgin, Titan and Jet2 to set up a repatriation effort and ensure those who want to fly home are able to do so.

“The first priority is to keep as many commercial flights runnings as we can, and that’s based purely on the scale and the number of people who want to come home,” explained Raab.

The government will now be injecting £75 million into repatriation efforts in a bid to help commercial airlines continue to fly while keeping ticket costs as low as possible for travellers who wish to book onto flights.