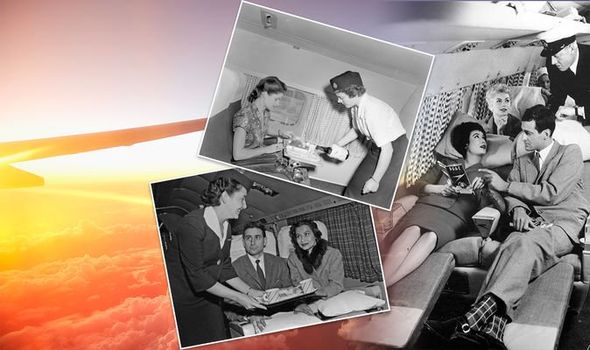 Jetting off on international getaways has become a common feature of modern life for a majority of Britons, with 64 percent of people travelling abroad last year according to ABTA. Couple that with the growth of budget airlines in the last decade, with flights on offer form carriers such as Ryanair and easyJet often settling for as little as £20, and its easy to see that the industry has changed.

At the minute, the future of the industry remains an unprecedented territory, and whether this upward incline continues is yet to be seen.

However, looking back it is clear that air travel has seen some rapid changes since the first airline began scheduled commercial air travel in 1952.

One thing, in particular, seems to have changed majorly since the early years of commercial travel a time period which some industry insiders dub “the golden years”.

Between the 1950s and 1970s air travel was still very much a novelty, and with ticket prices well above that purse-friendly £20 one-way seat sale we have become accustomed to, flying itself was viewed in a completely different light. 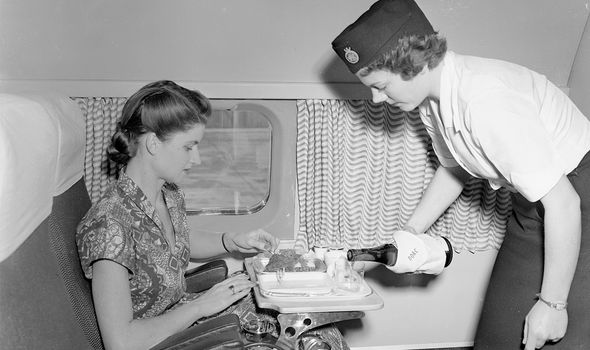 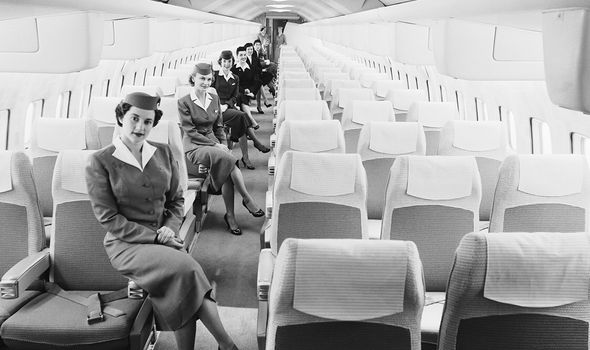 In fact, in the 1950s it is estimated that the average plane ticket would have been around 40 percent more than it is today.

“Varying on the route, it was four to five times as expensive to fly in the Golden Age,” Guillaume de Syon, an aviation history expert told FastCompany.

“If you were a secretary, it might cost you a month’s salary to take even a short flight.”

Thanks to the higher ticket prices, air travel was unsurprisingly coated in glitz and glamour.

Passengers fully immersed themselves in the experience, getting dressed up for the occasion.

“It really was as glamorous as it looks,” Thor Johnson, a former Pan Am vice president who worked for the airline during the 1950s and 1960s, said in the documentary ‘I was a Jet Set Stewardess’.

“People dressed up when they got on the plane,” he continued.

“There were dress codes, but people would have dressed well even without rules.”

According to Loveexploring.com, men were expected to wear a suit and tie, meanwhile, women donned their best dress or skirt suit for the occasion.

Cabin crew, then known as stewardesses, also mirrored this ideology, dressing head-to-toe in eye-catching and glamorous uniforms themselves.

Former PanAm air hostess Patricia Ireland, who began her career in the 1960s, revealed that female cabin crew had such an intricate look that even their underwear was considered part of the uniform.

She says the crew were forced to wear girdles in order to sculpt their body into the ideal shape.

“I thought there was no better prescription for varicose veins than to go in a pressurised cabin with the equivalent of rubber bands around your thighs,” she said of the tight underwear the women had to squeeze into.

Ireland now realises at the time she didn’t think twice about the odd policy.

“My concept of what women could do in the workplace was really very limited. . . . I look back now with awe at the blinders I had on, but it seemed to me at the time just the price of admission to the workplace in a job that was very exciting,” she admits.

However, these aesthetic sacrifices on behalf of the crew were there to fully complete the passenger experience. 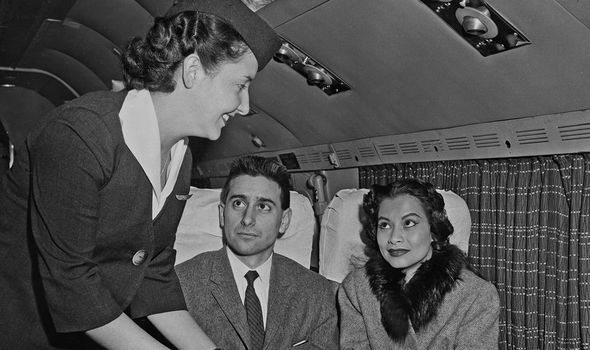 “Looking back to the 1960s, it really was a glamorous age for travel,” says Keith Lovegrove, author of the book ‘Airline: Style at 30,000 Feet’ told the BostonGlobe.

“My father worked for an airline, so we witnessed the posh days of air travel.

“That really inspired my book. I remember that it was party time on the aeroplane, and people really dressed as if they were going to a party.”

Indeed, what a party it was.

Alcohol was served on board, not in the plastic cups of economy that we known today, but often in fancy glassware.

“Memoirs written during the Golden Age of Flying are filled with lively accounts of drunken passengers,” de Syon continues. “People would just pour themselves scotch after scotch.” 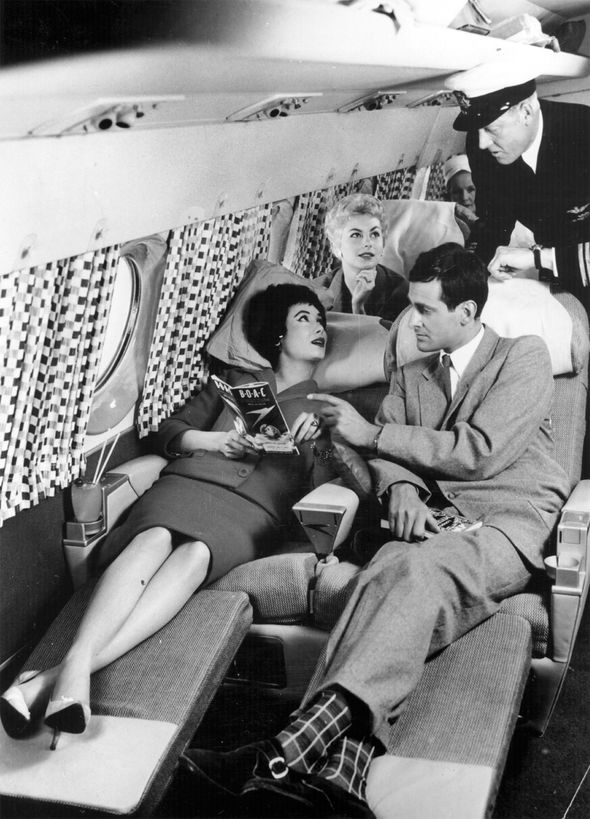 Meanwhile, meals such as carved roast beef and lobster were plated up for hungry travellers.

For the most part, outfit specifications rule out clothes deemed too revealing or with insulting phrased emblazoned on them, but sweatpants and casual clothing is a common sight.

“When I worked in the airlines, we talked about dress codes,” Henry Harteveld, a travel industry analyst with Atmosphere Research Group told the Boston Globe.

“But the truth is no, there are no dress codes. You have to have a shirt on, you have to have pants or a skirt on. Some airlines have a policy of no vulgar language printed on T-shirts.”

Those seeking a similar experience to that of the golden years may have to seek it out in business or first class – with a price tag to match.